After a thorough examination of the foster care systems within states across America, the Kansas City Star has concluded that “by nearly every measure, states are failing in their role as parents to America’s most vulnerable children.”

Bella Carreno
January 7, 2020
in
Justice
Courtesy of the National Council on Crime 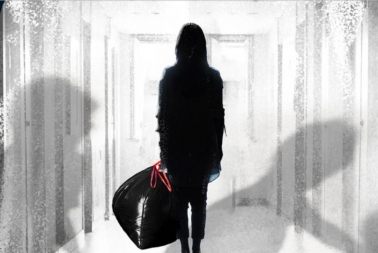 After a thorough examination of the foster care systems within states across America, the Kansas City Star has concluded that “by nearly every measure, states are failing in their role as parents to America’s most vulnerable children.” And according to statistics, their conclusion is the reality of many children trapped in the foster care system today.

In 2018, Teen Vogue named the foster care issue the “care-to-prison pipeline.” In 2019, the Kansas City Star titled the issue, “Throwaway Kids.” but regardless of the name, the issue is evident; there is a generation of children who are living in a flawed system, and their futures are paying the price.

A survey done by 6,000 inmates across America by Star had troubling conclusions: one in every four inmates were a product of the foster care system. This a fundamental issue within the foster care system itself, children maltreated within the system “age out” between the ages of 18 and 21, often losing every form of support which consequently contributes to a life of crime and returning to the State that failed to protect them. An ex-foster care child and convicted murderer on Texas death row commented, “The state that neglected me as a kid and allowed me to age out of its support is the same state that wants to kill me.”

The children in the foster care system are the children that will grow to lead the country but are robbed of this opportunity by the very system sworn to protect them. While this issue is seldom noted, with more studies being published, we are bringing more awareness to the issue as well as more concern.

In the system, children can be moved up to 100 times according to Star’s research.  These movements have a multitude of consequences. A study conducted by Child Welfare in 2013 noted that both the maltreatment from foster parents and frequent moving affect the mental health of foster care children, specifically the development of their prefrontal cortex, which is responsible for judgment, focus, impulse, and “executive functioning.” But problems run deeper than that: governments spend 30 billion on investigations of families rather than on efforts to keep them connected, and roughly 20% of children who age out of the system end up on the streets. In addition to the higher likelihood of sex trafficking of girls in the system and discrimination of minorities both in and outside the system, the higher likelihood of foster care children being incarcerated should come to no suprise – but the blame should fall on the system that has failed them.