The Beirut Explosions of August 2020: What Happened and Why You Should Care

More than half of Beirut is destroyed, as are the lives of thousands. 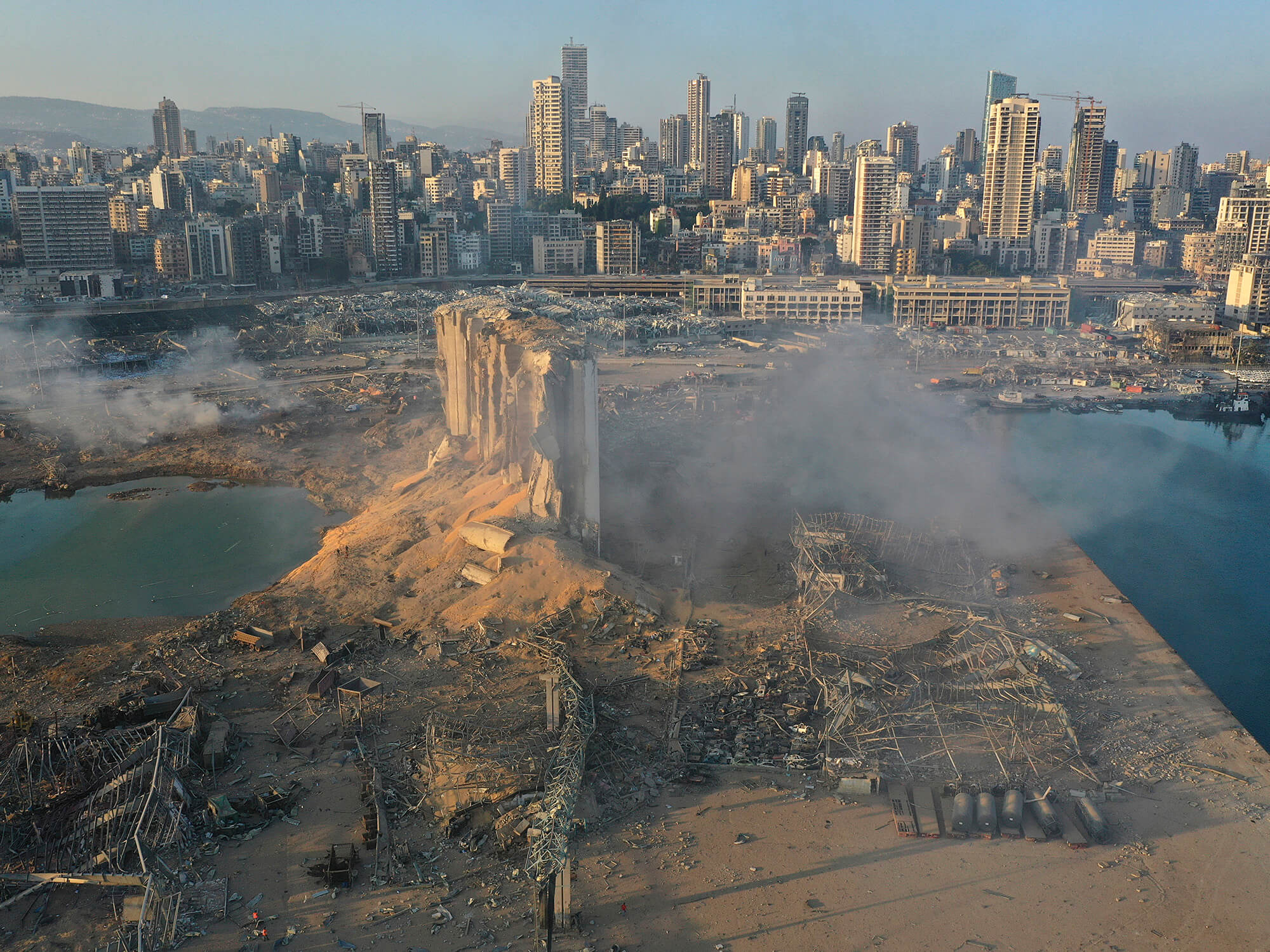 Standing in the Port of Beirut, you look out to sea. Suddenly, you feel the earth shake beneath you. Buildings just meters in front of you topple to the ground, ripping steel frames off buildings like lavash bread. A massive crater spanning just under four-hundred feet in diameter is carved into the earth, and all you can hear are people screaming…sobbing. More than half of Beirut is destroyed, as are the lives of thousands.

The Lebanese capital of Beirut, known as the Paris of the East, recently suffered a great tragedy. The Middle Eastern country of Lebanon termed an ‘oasis of democracy and freedom’  has been through a civil war, occupation, a famine, crippling inflation, ages of political instability, protests, and religious strife. And now they’re faced with rebuilding a capital, population, and nation.

What happened in Beirut

According to USA Today, a fire (the cause of which is unknown as of the writing of this article) ignited two-thousand seven-hundred fifty tons of ammonium nitrate, a highly combustible substance used in fertilizers and some explosives, stored in a warehouse at the city’s port on the evening of August 4. That's about one-thousand one-hundred fifty-five tons of TNT. Imagine that, but not in Minecraft.

The ammonium nitrate was reportedly confiscated by the Lebanese government but was not being actively monitored with safety measures. Two explosions rocked the entire city, powered by the chemical compound and stored fireworks (BBC). The second blast, the more substantial of the two, shrouded the Port of Beirut in clouds of smoke and struck flashes of light. This explosion killed one-hundred fifty-eight, injured over six thousand, and could be felt in nearby Israel and Cyprus all in the span of little over thirty seconds.

The motive behind the blast is unknown. Lebanese President Michel Aoun has issued a statement saying the explosion was either due to negligence or a weapon of mass destruction, possibly a missile or bomb. On Friday, August 7, he mentioned that he asked the French for satellite images to check for warplanes or missiles, a narrative that is contrary to what the mainstream media has been airing about an internal investigation of customs and port authorities. The American Defense Secretary Michael Esper has concluded that the explosions were, most likely, accidental.

The voices of a troubled populace

For many Lebanese individuals,  the recent blasts have brought back memories of those that occurred in 1983. 2020 is an Orwellian time to be living in, and that's further accentuated when people are drawing parallels back to one of the most terrible times in the history of the Middle East and North Africa - the Lebanese Civil War.

The families of those who have passed or are deeply wounded have criticized the efforts of the Lebanese government and external parties aiding in the disaster relief effort. Dozens of people are still missing within the rubble. 56-year-old Mohamad Sheif, whose cousin is yet to be found, shouted at soldiers, “I will go and dig with my bare hands to find him! No one is helping us,” as they dove into the steel wreckage to fish out bodies.

Vivian Yee, a New York Times correspondent, reporting out of Beirut, survived the blast and wrote a piece for the New York Times. “I was bloodied and dazed… As I neared the hospital, elderly patients sat dazed in wheelchairs in the streets, still hooked to their IV bags. A woman lay on the ground in front of the exploded emergency room, her whole body dripping red, not moving much. It was clear that they weren’t taking new patients, certainly not any as comparatively lucky as I was.”

The after-effects of a tragedy

Besides the horrific death count, billions of dollars in damage, and a sharp blow to the confidence of the ever-vivacious nation, several other elements of daily life have been disrupted, damaged, or destroyed in Lebanon. The blasts have brought to light the food shortage in the Levantine republic. Lebanon has been struggling to feed its inhabitants for several months during the COVID-19 pandemic due to the Lebanese socioeconomic crisis; the problem has only gotten worse after the blasts. The explosions destroyed one of the city’s two main grain elevators, which served as a significant food source. The country has less than a month’s worth of grain in reserve. Protests have broken out in the streets of major Lebanese cities, aimed against the government, and have led the Lebanese government to resign, as Prime Minister Diab mentioned in a TV address on August 10.
‍

So by now, hopefully, you care about what’s happening in Beirut.
‍

But how can you help?

As always, social media has been equally a source of help as it has been a spout of disinformation. Here's what you need to know: the best way to support the rebuilding of the Paris of the East is to donate to disaster relief funds. These include the Lebanese Red Cross or the United Nations. Petitions are rendered useless in the Middle East, due to a variety of factors. If you're in Lebanon, please don’t hesitate to volunteer. And for the rest of you: you've already helped the situation by learning more about what's happening and educating yourself.