The Bare Bones of Heteronormativity in the Media: How Defying Standards Promotes Representation, and Conversely, Beliefs of “Bandwagonism”

How lack of representation throughout social applications or platforms, novels, or even television programs has rendered an expectation for lingering heteronormativity, and the implications of defiance.

Isabella Folchetti
and
October 24, 2021
in
Representation
Courtesy of DC Comics 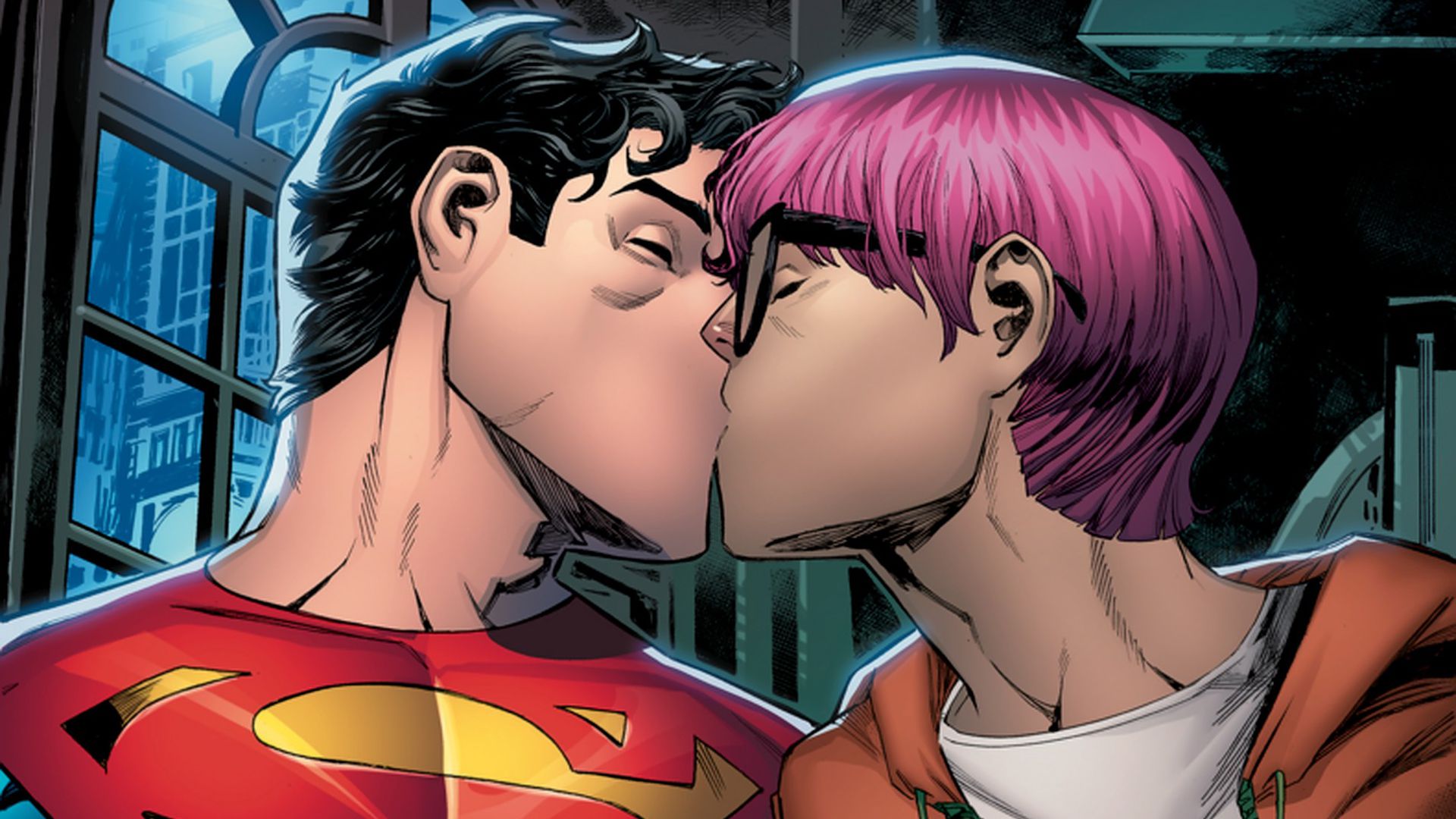 Oftentimes, when an individual indulges in comic strips/novels or action movies, they are immediately laced with a polar divide: masculinity constructed by a savior complex, or femininity molded by outward appearance or ability to utilize sensual guise towards defeating the anti-hero. For centuries, films, novels, and media outlets have profiteered off of these perceived extremes, consequently establishing a stark divide between what is “socially acceptable” regarding gender-labeling and sexuality, and what is excluded. Thus, these media narratives are typically devoid of cross-sections between femininity and masculinity that avoid slipping into one rigid identification, as well as sexualities that deviate from what’s portrayed as the norm: straightness.

National Coming Out Day, which aired on the eleventh of October, 2021, rendered the “Interglobal Coming Out” of one of the most revered champion figures: Superman #2, John Kent, whose alter ego has empowered millions of children worldwide. Shedding light on nonconformity (overturning from) heteronormativity — which has lingered throughout the media for decades — warrants both a positive and negative outlook on this and other characters that have admitted their identification with the LGBTQIA+ community. Many contend that placing a “bisexual” label on an esteemed character bodes well for forthcoming generations, as they will grow up — unlike previous generations — without the idea that masculinity (and heteronormativity) strictly equates to power and strength, and rather with proper representation and the universal truth that strength, ability, and heroism presents itself in all different sizes, cultures, genders, and sexualities.

Growing up in the early twenty-first century somewhat tagged my expectations of what the polar divide consisted of; the rigidity of social platforms and media I was exposed to enforced my belief that, specifically in the arena of sexuality, a man can only seek interest in a woman, and vice versa. Fairytales and cartoons (Rapunzel, Cinderella, and Sleeping Beauty, to name a few) told stories of princesses being swept away and saved by charming male characters, numbing myself and many others from a vulnerable age to the idea of homosexuality — never would four-year-old me have believed that a female could take the place of a knight in shining armor slaying the dragon and becoming the princess’s love interest. In fact, because I was born prior to the legalization of same-sex marriage, the idea of these sorts of inter-sexual relations were automatically sanctioned off as an “illegality” in my mind — never explorable, never approvable. There was no representation of the LGBTQIA+ community on children's programs, and specifically for action movies — what children often indulge in the most — heteronormativity was prevalent, molding several generational mindsets (including that of my own) to believe that males were to sweep a female off of her feet, and the female was to contend to interest solely in the opposite sex. Had these films and mediums, such as the Superman comics, emphasized the fact that the most esteemed, reputable individuals can too break those rigid social norms, the struggle to understand and grapple with my own sexuality would not have been still framed by exclusionary narratives.

Our own perception adheres to representation; if a specific group or demographic is honored in the media, like the LGBTQIA+ community, then it is more likely that children will be able to accept themselves for displaying those same characteristics or understand that LGBTQIA+ people can be indelible heroes rather than denounced, marginalized, or vilified. In other words, if an audience is presented with diverse representation, they are less likely to immerse themselves in shame, guilt, or disbelief that they display a certain characteristic or attribute that doesn’t slide sleekly into the category of “social norms”; if representation (not just for the LGBTQIA+ community, but also for other marginalized groups) were properly provided, then it would encourage audiences not to hide or disguise specific self-qualities or attributes, but rather to embrace them — if Superhero can come out as bisexual, then so can I.

John Taylor, a writer for DC Comics, Marvel Comics, and WildS, told Reuters he’s been  “seeing tweets of people saying they burst into tears when they read the news, that they wished that Superman was this when they were growing up, that they could see themselves.” In this regard, Taylor highlights the importance of incorporating non-conformity in order for wide audiences to resonate with characters and take pride in attributes with which they formerly could not seek commonality.

“I hope this isn't a headline in a few years time. I hope this isn't trending on Twitter. I hope this just something about a person and good rep for everybody that represents,” Taylor adds, as adverse reactions to this “coming out” narrative have refuted its effectiveness, arguing that the instatement of Superman’s  bisexuality was merely publicized to “hop on the bandwagon” or appeal to the common “trend.” However, in regards to the effectiveness of Superman’s official “coming out,” I’d like to pose several questions to the audience: if Superman’s international/inter-comic wide “coming out” was insincere, matching allegations in regards to bandwagonism, what does it truly matter? Sure, to the production company, this instatement could mean further traction and profiteering off of target audiences, but even so, representation — be it motivated by capital gain or not — can only be beneficial (if not derogatory), so why eradicate forthcoming generational ability to resonate with diverse characters and demographics? Why denounce or downgrade incoming representation, when it breaks down borders and allows audiences to strip themselves of the camouflage which allowed them to slide into a rigid social norm? Is degradation really worth the alienation of those who cannot be sculpted into the ideal replica of societal standards and conformity?

What If I Don't Want a Label?