Rohin Mishra
and
February 7, 2021
in
Politics
Courtesy of ABC News 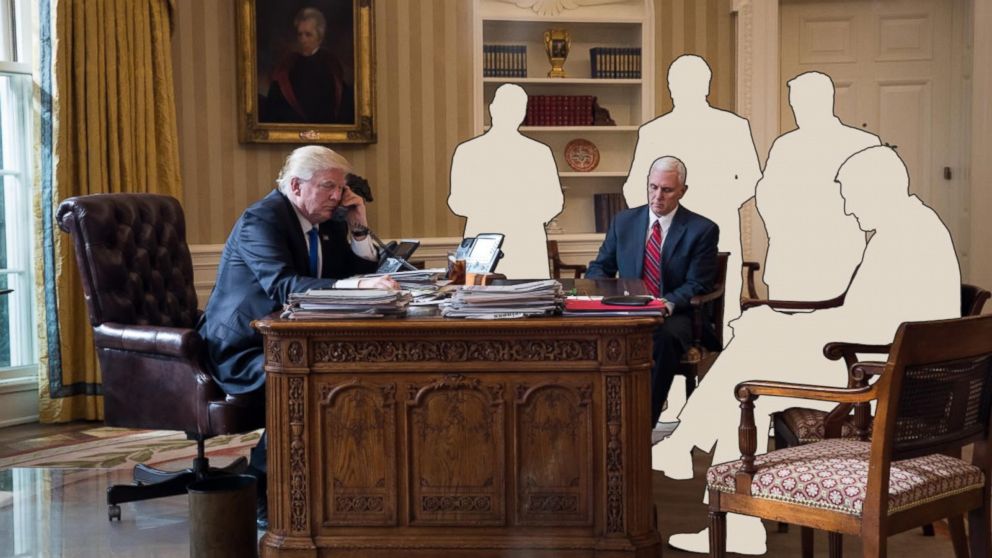 In a political-sphere often entrenched with corruption and sliminess, grifting, the act of doing something solely for the sake of personal gain, has continued to be a staple in the field. Whether it be for the sake of profit or public image, grifting is ugly. And now more than ever, it is necessary to call a spade a spade and identify grifters. The recent resignations of the Trump administration are no different.

Now former Secretary of Transportation Elaine Chao headlined a variety of Trump administration resignations in the wake of the Capitol attack of January 6th, 2021. In all, over eleven officials resigned citing the attack on Capitol Hill, adding to the record-setting turnover rate of the Trump administration. But is it really that noble to resign a week and a half before a lame-duck president is ousted by now President Joe Biden? The answer: absolutely not.

Former Secretary of Education Betsy Devos, sister of Erik Prince (the founder of Blackwater, a private military contractor), megadonor to the GOP who said it was “possible” that her family had contributed over $200,000,000 to Republicans, and intense advocate of private schooling, had no qualms about her role in diverting funds meant for public schools to religious and private schools during a pandemic. Nor did she find any issue with revoking 72 guidance documents of the Office of Special Education and Rehabilitative Services, which outlined the rights of disabled students in schools. Attempting to cut Special Olympics funding was a-okay by her, in fact, she did it three times over three years. Her resignation was not due to any policy dispute between her and the former president and his supporters, unconscionable policies that have damaged lives and children across the nation, but rather as a PR move for herself going forward. Denouncing the violence that happened when it showed up to her doorstep and place of work is not an act of courage. But she is far from the only one guilty of this.

Former head of the Department of Homeland Security, Chad Wolf, had no problem brutalizing protestors the past summer and kidnapping peaceful protestors in unmarked vehicles of federal agents, like Mark Pettibone of Portland. Wolf defended the tactic, stating “What we've seen from video is that [officers] acted appropriately”. In a Fox News interview on the same day, Wolf claimed it was necessary for the federal government to “proactively arrest individuals”. This was contrary to Pettibone’s testimony and the fact that not a single charge was filed on him after he was detained. Pettibone wrote that “Suddenly, an unmarked, dark-colored minivan pulled up in front of me, and four or five people clad in military fatigues jumped out. I had no idea who they were, but I’d been warned earlier that unmarked vans had been snatching protesters who strayed from the larger group near the Hatfield Courthouse… One of them pursued me on foot, and two blocks up the street the van swooped around and cut me off again. Knowing well that there was no escape, I dropped to my knees and asked, ‘Why?’. Nobody answered. Instead, they threw me into the van without telling me who they were or where they were taking me. I feared for my life.” Earlier during his tenure, he was described as the ‘architect’ of the inhumane family separation policy that has displaced hundreds of children from their parents. But of course, none of these reasons are why Wolf eventually resigned. After fanning the flames of unrest, Wolf decided that the consequences of his actions were too much for him, and resigned.

These half-hearted resignations for personal gain or to save face are no new phenomena in the Trump era. For instance, John Bolton, who refused to testify during Trump’s first impeachment after leaving the administration in September 2019, decided to write a book about the ordeal and make himself helpful in the search for the truth over five months after the trial had concluded in June 2020. Bob Woodward, an American journalist, felt that it would be more appropriate to drop bombshells about Trump’s acknowledgment of downplaying of the COVID pandemic in February during his book release in September.

The list goes on and on, but it boils down to the same rehashed story that often receives undeserved praise. We can not forget the damage that the policies of these officials over the past year have had, regardless of their feeble resignations. As Jon Schwarz of The Intercept put it: “For the past four years, I have held a job with the Trump administration in which I constantly stabbed people. In total, I stabbed 97 individuals, in the face, chest, groin, and nose. Today I stand up and say: No more. I hereby resign my position as deputy assistant undersecretary for stabbing.”

For now, these officials will revel in their moral posturing of doing absolutely nothing of consequence in times of unrest and injustice, attempting to absolve themselves of responsibility. It’s imperative to hold these proverbial public policy stabbers and their legacies accountable now so that we set the precedent that performative gestures do not satisfy any threshold of accountability in the future.