House Democrats in Texas left the legislative session in order to prevent a vote on two election bills pushed by the GOP.

Kendall Carll
and
September 12, 2021
in
Politics
Courtesy of the LA Times 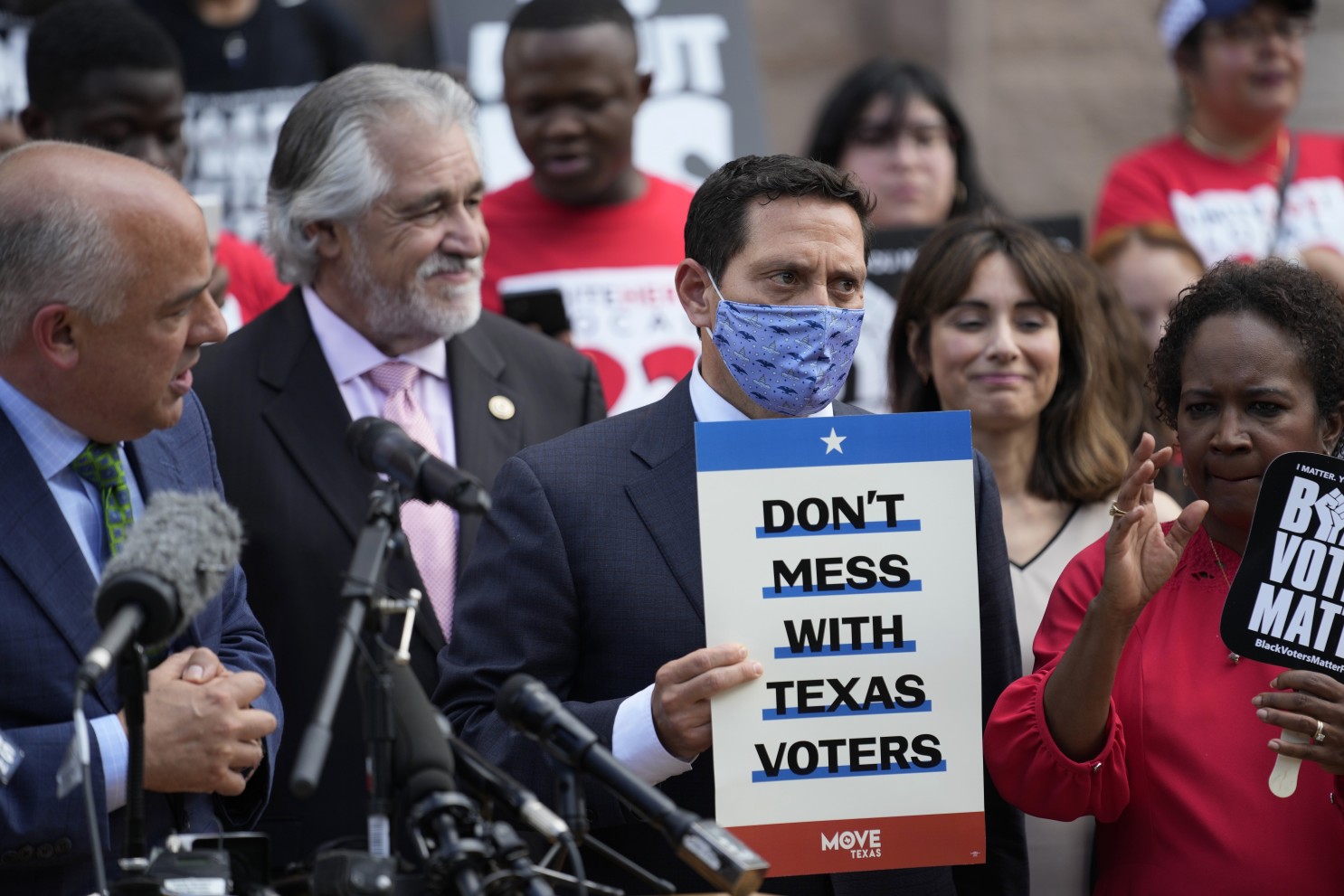 The emergence of conspiracy theories fueled by Republican politicians following the 2020 election has created a deep-set, yet entirely counterfactual narrative that the United States voting system is wrought with corruption and fraud. As a result, right-leaning states across the country passed legislation restricting voter access. With Texas next in line, the state legislature's House Democrats broke quorum and headed to D.C. to push for federal voter protections.

House Democrats in Texas left the legislative session in order to prevent a vote on two election bills pushed by the GOP. In a statement from Democratic House leaders, they claimed to “refuse to let the Republican-led legislature force through dangerous legislation that would trample on Texans’ freedom to vote.” In D.C., the Texans are pushing for Congress to pass the For the People Act and John Lewis Voting Rights Act to override seemingly inevitable voter restriction legislation in the lone star state.

Notably, Texas already has some of the “most restrictive voting laws in the country.” If passed, Republican legislation may ban drive-through and 24-hour voting and largely complicated mail-in voting. Moreover, individual and often partisan poll watchers would be given more discretionary authority at voting sites. An additional provision serves to increase the criminal penalties for voting-related infractions. This section has become particularly controversial following the arrest of Hervis Rogers, a Houston man, for voting while on parole.

The Texas controversy is of course a part of a larger discussion regarding the results of the 2020 election and what the future of voting in America looks like. President Biden recently gave a speech slamming former President Trump’s “big lie:” that the 2020 election was stolen. Biden’s remarks come amid growing pressure from Democrats and activists to respond to the nationwide attack on voting rights.

The president threw his support behind the For The People Act, intended to implement federal legislation to protect voter rights. The bill failed to pass the Senate last month as a result of the GOP filibuster, preventing the implementation of a “bill [that] would help end voter suppression in states, get dark money out of politics, give voice to people, create fair district maps and end partisan political gerrymandering.” In the end, the government’s reaction to the uproar of the 2020 election will determine the future of voting rights in America – for better or for worse.

The next move in Texas is unclear. Under the Texas Constitution, House Democrats may be “arrested and physically brought back to the Capitol” to engage in the legislative process. The current session is set to run through the beginning of August, and if House Democrats manage to stay out of state until then, “it would be the first time in 18 years that Democrats left the state to break quorum.”

In the meantime, other GOP priorities are also on hold, including a major bill that would make it more difficult for alleged criminals to buy their way out of jail on bond. Texas Republicans and Gov. Greg Abbott have accused the Democrats of abandoning their responsibilities, saying that their actions “[inflict] harm on the very Texans who elected them to serve.” The country should pay close attention to how this conflict plays out in Texas.