Teaching Tolerance Though the SPLC Map

The Southern Poverty Law Center (SPLC) has taken it upon themselves to create a map containing symbols that depict the locations of the over one thousand confederate symbols still standing in the United States. 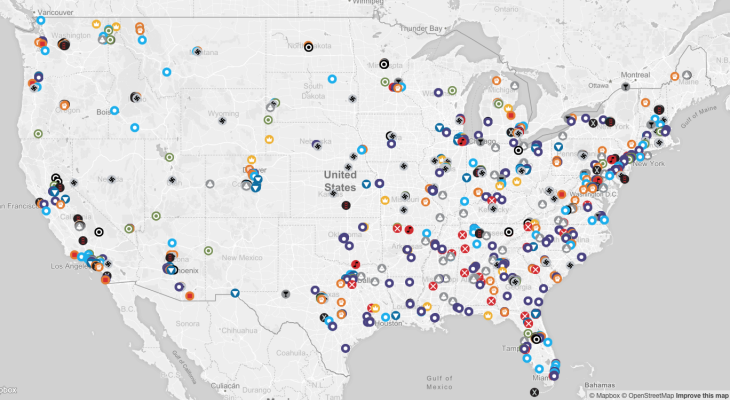 The Southern Poverty Law Center (SPLC) has taken it upon themselves, as a part of their mission, to create a map containing symbols that depict the locations of the over one thousand confederate symbols still standing in the United States, 153 years after the end of the Civil War. Their mission statement for covering this controversy is as follows: “The Civil War ended 153 years ago. The Confederacy, as Mitch Landrieu said, was on the wrong side of humanity. Our public entities should no longer play a role in distorting history by honoring a secessionist government that waged war against the United States to preserve white supremacy and the enslavement of millions of people. It’s past time for the South – and the rest of the nation – to bury the myth of the Lost Cause once and for all.”

The SPLC is an organization dedicated to fighting hate, teaching tolerance, and seeking justice. Undertaking an issue that was recently brought back into the national spotlight, the SPLC has extensively researched and published the details and meanings behind the symbols of South’s attempt to keep the spirit and history of the Confederate army alive. According to the Executive Summary behind the map, approximately 100 public schools in the U.S. have been named after Robert E. Lee, Jefferson Davis, or other confederate icons. The map is complete with detailed summaries of each landmark, mostly in the southern United States. Along with a full report of all 1,728 Confederate symbols that are still standing, the SPLC has created a petition to send to lawmakers, requesting the removal of all Jefferson Davis symbols. Not only has this organization stirred up the long overdue conversation, they have seen it through and have begun to take action by addressing the hate groups and protests that have spurred since the attack in Charleston.

The SPLC has demonstrated its intent to ensure that they dispel the hateful and ignorant statues and names that haunt the harrowing side of American history, but have also made clear their efforts to continue to teach tolerance. This map has surfaced as a resource implicating those groups responsible for trivializing the struggles of the African Americans of the Jim Crow era. It has proved beneficial by informing those people who are isolated from the situation, whether they have little knowledge of it, or they do not reside in an area near one of these infamous symbols. The organization has tediously compiled records of over 1000 dishonorable commemorations of the fight to protect slavery. The argument and mindset that composes each of those statues, schools, and counties seems centuries old, thus making the topic seem irrelevant. But as this young develops new and old minds alike, it cannot forget to take lessons of tolerance from the dark days of the war and these years that followed it.