After a month of consecutive days of protests in Colombia, outrage has erupted from within the country and around the world due to grave violations of human rights by the Colombian public force in response to protests 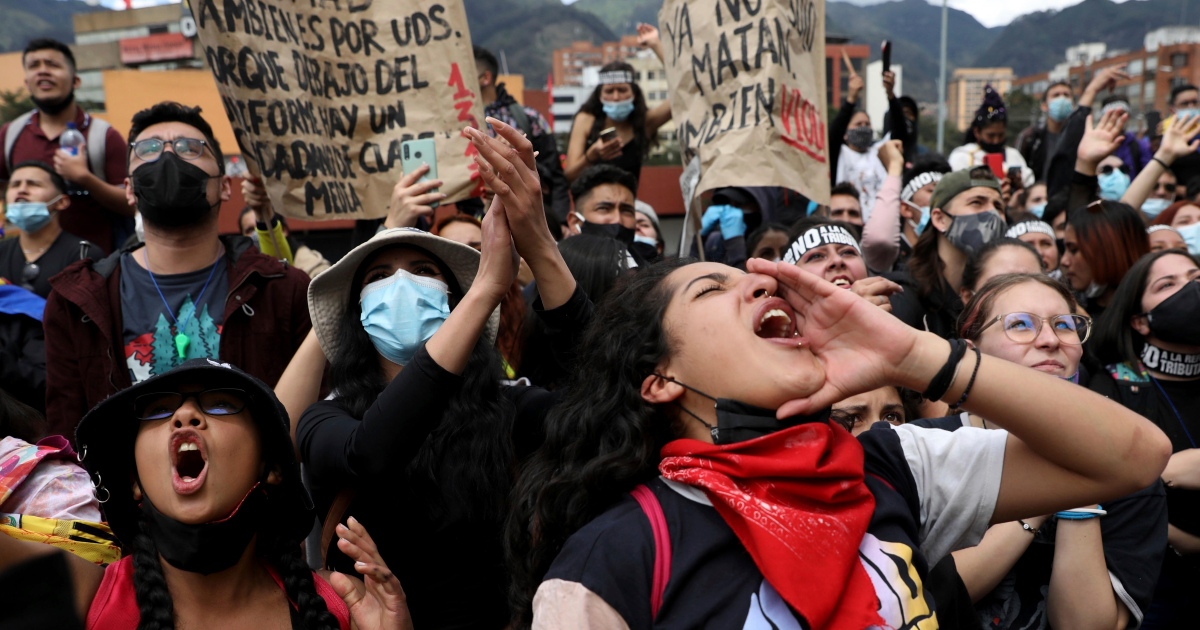 After a month of consecutive days of protests in Colombia, outrage has erupted from within the country and around the world due to grave violations of human rights by the Colombian public force in response to protests.

The following numbers are cases at the hands of the Colombian public forces from April 28th up until May 27nd, during the several protests that have swept the country into political unrest. What started out as peaceful manifestations against a tax reform plan has turned into a nationwide protest for social justice and security.

43 → Civilians that have been killed

Although the numbers may be far from the actual amount when considering all of the cases that have yet to be reported, they point out the seriousness of what is currently happening in Colombia.

How did the country get to this point? Let’s rewind.

Attempting to recover from the economic repercussions — especially the country’s debt brought upon by the pandemic — Colombian President Iván Duque proposed a tax reform plan that intended to resolve the country’s economic crisis by raising taxes on many essential items and public services. And as soon as it was proposed, it was criticized heavily for favoring the wealthy and, therefore, disproportionately affecting middle and lower class workers in a time where they already face economic hardships due to the pandemic.

In opposition to the reform, demonstrations across the country began on April 28th. Although they were at first organized by Colombia’s biggest trade unions, middle-class workers and student groups joined them as well. The outrage was understandable, as there couldn’t have been a worse time to introduce tax hikes, just as the national poverty rate keeps increasing, the GDP is dropping, and the country faces the third wave of COVID-19.

The main stage was the capital city Bogotá, with tens of thousands of people marching in protest to the reform. Other cities and towns also organized demonstrations, putting more pressure on President Iván Duque as the days went on and the protests kept on growing. Finally, after four days of protests, the President announced the withdrawal of the bill. So, why have the protests continued?

What started out as peaceful protests because of the now-suspended tax reform intensified as riot police started to use not only tear gas but, in some cases, live ammunition to disperse protesters. Now, people feel the reform suspension was no real victory against injustice — not when the actions of riot police point to a bigger issue of police brutality.

The reform’s short existence only served as a catalyst for Colombians to stand up against deeply rooted injustice in the country, pushing a nationwide anti-government protest focused on fighting poverty and police brutality. And as participation increases, the demands have now broadened into calls for universal basic income, and most critical, the dismantling of the riot police force. The actions of excessive police force during protests have now been condemned by important actors worldwide, such as the United Nations and Amnesty International.

Colombian citizens’ discontent with inequality is being labeled as vandalistic and terroristic all in order to excuse the violent repression happening at the hands of the police. Not only has the unnecessary and excessive use of force caused injuries and detentions, but it has gone as far as sexual violence, acts of torture, and the killing of protesters. As many countries denounce the actions of the government, the US has even gone as far as to offer support to the government — which it partially already does, as Colombia receives the largest amount of US military aid of all Latin American countries. The situation is already complicated because of the thin line between police and military in the country, but in the case of the militarised Esmad (US-backed riot control branch of the police), US support is now backing the branch that holds the responsibility for much of the killing.

As Colombian authorities have failed to guarantee peaceful demonstrator’s right to life and their safety, they continue to deny and strip Colombians of their human rights. Furthermore, the isolated violent acts of protesters are no reason to stigmatize all demonstrations as violent. Colombians have a right to assembly and fight against historical grievances of social justice and security, justified by the frustration felt by many due to the mistreatment by the government.

While many government officials blame the violence on left-wing rebels, President Duque has called for dialogue and calm to prevent more protests from happening. However, he stated that the dismantling of the riot police will not happen. Refusing to comply with the protesters’ biggest demand has contributed to an atmosphere of distrust in authorities that continues to be ever-present in Colombia, as people believe there is no sense of genuine want from the government to establish channels of dialogue. As police continue to abuse power and repress demonstrations violently, the people of Colombia are stuck between a state of mourning for all of those who have been lost and a want to fight back against the police and the military.

As many across the world fight against the same struggle of repression now that discussion surrounding police brutality increases among the public, citizens across the globe must pressure governments to stop the funding of murderous police.