Tackling the Stigma Around Addiction: One Sesame Street Character at a Time 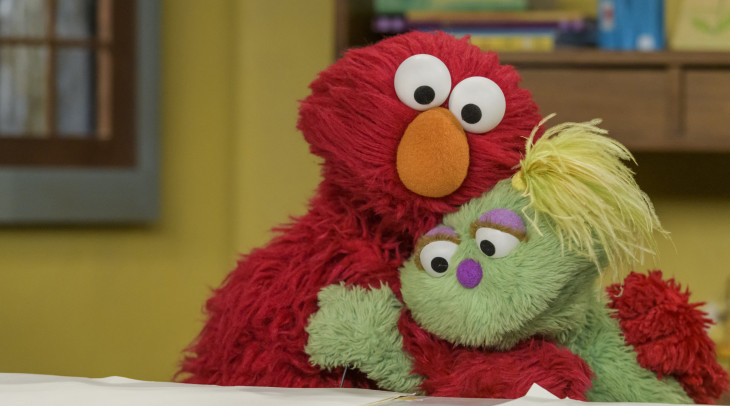 Sesame Streetrecently revealed a new character, Karli, who is indirectly affected by an increasingly globally recognized issue: addiction. Karli, a little green Muppet with yellow hair, was placed in foster care while her mother suffered from addiction. In Karli’s story, the show negates the common misconception that addictive drug abuse is a poor moral decision and instead presents it as a disease--not a choice, but rather a biological problem.

Salia, Sesame Street's new human child character, tells viewers that drug use disorder is “a sickness that makes a person feel like they have to take drugs or drink alcohol to feel OK.” Karli then explains that children, including Karli, are not at fault for their parents’ “grownup problem” and that “grownup problems need grownups to help fix the problem, so [her] mom had to go away for a little while.”

Jeanette Betancourt, Senior vice president for U.S. Social Impact at Sesame Workshop, the nonprofit organization behind Sesame Street, explains that “how [people] are impacted by addiction is often something that we don't hear about or, more importantly, don't hear [in] a children's voice or perspective.” To combat this problem beyond the introduction of characters like Karli and Salia, the “Sesame Streetin Communities” project offers additional online-only content to caregivers trying to explain difficult issues to children--especially those who are often the indirect victims of these issues.

This isn’t Sesame Street’s first time introducing a character that faces societal stigmas. In 2011, in a special episode about childhood poverty and food insecurity, Lily was introduced as an impoverished character. She returned last year in some of the “Sesame Streetin Communities” videos as a homeless Muppet. Additionally, in 2013, a character named Alex became the first Muppet to have a close family member in jail, and in 2016, Julia joined the Muppets as an autistic 4-year-old.

Including characters that struggle with the same issues that many of Sesame Street’s young viewers can relate to will hopefully help them realize that they’re not alone in their strife. Most importantly, it gives them hope; the idea that things will get better may be the most important thing to know as one of the 8.3 million children in the U.S. who are currently living with an addicted parent. Even beyond these children, the show teaches other kids to show empathy toward families who are struggling with addiction, which is especially needed in today’s climate of the opioid epidemic crisis and other challenges. While Sesame Streetmay not be able to stop the overwhelming amount of drug and alcohol addiction that currently exists, it can normalize the tough but necessary conversations surrounding it. For now, that’s a great first step in the right direction.