To the delight of British advocates, Britain began 2021 by eliminating the 5% VAT (Value Added Tax) on women's sanitary products

Tanusha Paine
and
January 31, 2021
in
Women's Rights
Courtesy of CNN 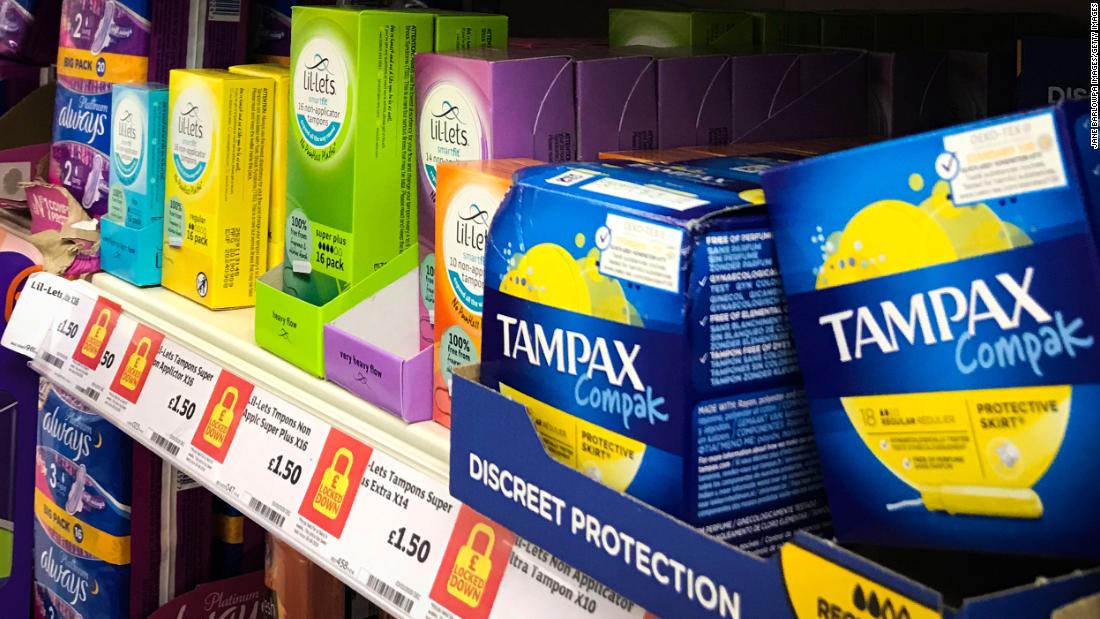 Sanitary products are a daily essential for women and transgender men, just like food, medicine, or clothes. Placing high prices and taxes on them not only creates financial hardships, but also leads people to use unhygienic products for a prolonged period of time, ultimately causing infections and damaging their health.

Across the world, periods are regarded as disgraceful and are heavily stigmatized, leading to silence and shame among the people who have them. Society often looks down on people who talk about periods in public or openly buy sanitary products. In many countries, women are deprived of basic rights when they enter sexual maturity. All these problems ultimately contribute to global period poverty.

Activists around the world have been trying to combat this social stigma and presenting the concept of menstruation to common people scientifically. To them, the notion of menstrual products as “luxury items” is sexist, as they are necessary items for women, transgender men, and anyone else who menstruates. Such examples include the nonprofit organization PERIOD, formed by Nadya Okamoto from the US to dissolve the social taboos around menstruation and take it to an international stage. She spoke in an interview about the worldwide crisis due to period poverty— many girls had to miss classes or even drop out of school after reaching puberty. The perception of sanitary products as “luxury items” is dangerous as it reduces accessibility to a necessity and perpetuates the cycle of period poverty.

In order to combat this, countries across the world like India, Australia, and Canada have long abolished this sexist tax on menstrual products. To the delight of British advocates, Britain recently followed in their footsteps and began 2021 by eliminating the 5% VAT (Value Added Tax) on women's sanitary products.

Earlier in November 2020, Britain's sister Scotland announced free universal access to sanitary products in public facilities, thus becoming the first country in the world to do so. In the Republic of Ireland, no such taxes have ever been imposed on menstrual products.

However, the VAT tax was only abolished when Britain separated itself from the 27-member European Union (EU). This means that the countries of the European Union are still required to levy a 5% additional tax on sanitary products.

Many movements in these countries have been organized to remove tampon tax and the EU has been in the process of removing such taxes since 2018. It is anticipated that the EU might abolish these taxes when all the members of the union accept the decision.

This abolition of this tax resists global period poverty by reducing the financial strain of purchasing sanitary products and making information regarding periods more accessible. In the near future, we all hope to contribute significantly in this aspect, by inserting efforts to dismantle the social stigmas around periods, educating people about why periods are simply a biological phenomenon, and offering menstrual products free of cost to the vulnerable. As difficult as it may sound, we can still achieve what we want if we remain firm in our ideology.