Isabella Folchetti
and
June 24, 2022
in
Environment
Courtesy of IMPAKTER 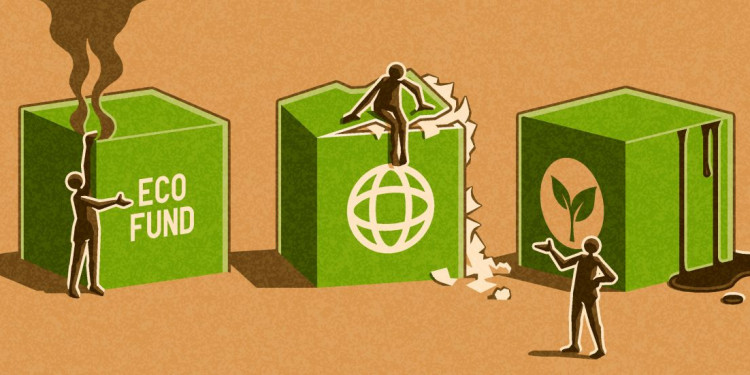 Environmental consciousness has amplified throughout the past few decades, specifically in response to the depletion of natural resources and to the extinction or endangerment of species caused by the irresponsible disposal of waste and the irreversible rise in average global temperatures. Genuine environmental consciousness has curdled, however, as commercial markets and producers have maneuvered their way into claiming “sustainable” or “ethical practices” with a stamp on their food labels and a pat on their back(s). The issue with the use of the term “sustainable” is that it can no longer be a guarantee for an item that is environmentally friendly. Labels, such as those from “MSC,” which boast “sustainability,” are more often tacked onto the canned goods without living up to that coined “sustainability”. This too applies for labels that are tacked onto “farm fresh” or “sustainably raised” meat: there is more proof that can disprove sustainable cultivation than validify it. This means that the consumers who are making an effort to preserve, protect, or reduce usage of specific goods are essentially “tricked” into purchasing those products. Therefore the extent to which these “sustainable” labels are truthful and effective is minimal, as companies are more prone to dishonoring their “sustainable practices” and fibbing for the sake of racking up more money.

Greenwashing is a term that fittingly characterizes the relationship between marketing success and the perceived notion of sustainability. To “greenwash” is to misinform an audience by falsely claiming that an item is environmentally friendly. This misinformation not only tickets the company into profiting off of their consumers, but also into bolstering their “environmentally responsible” public image. A prime perpetrator of this “greenwashing,” or might I say “blue-washing,” is the commercial fishing industry. The Marine Stewardship Council (MSC), for instance, has knowingly mislabeled their fresh catches with “environmentally sustainable or friendly” stamps, which place a veil over the whopping 83% of fish overall that industries caught with bottom trawls, dredging, or other ill-suited techniques (greenpeace.org). These “techniques” are the basis for the declining health of the ocean; the trawl nets are responsible for a large amount of bycatch--the baiting of unintended marine life--and the equipment used to catch these “environmentally sustainable” fish contributed directly to ocean waste pollution and the augment of the “Great Garbage Patch” which hovers over the Pacific Ocean. By the same token, a commercial tuna producer, Starkist, became the first company to adopt a “100% dolphin-safe” policy. For this policy to be properly instituted, Starkist would have to reform fishing habits and the tools they used in order to catch the tuna, as well as ensure that there was absolutely no harm or unintended catch of dolphins as a result of tuna-baiting. While this company prided itself on an absolute “no-harm” policy, that pride was hooked and severed to them on a platter when their “dolphin friendly techniques” were proved to be those of standard fishing practice--meaning there were no extra effort(s) or safety devices implemented in order to ensure that those dolphins were not caught (afslaw.com). Needless to state, this company would be pinned for “misleading their consumer audience” and appealing to false credibility by stating that their practices were sustainable and suitable for the safety of those by-caught dolphins. Both Marine Stewardship Council --a large scale organization that aims to differentiate sustainable from unsustainable fishing practices-- and Starkist have staked false and fraudulent claims in order to profit off of not only an upholstered public reputation, but also an increase in the number of dolphins and the marine life they were putting in danger: the cost for that bolstered reputation and profit.

Another issue with this “greenwashing,” or “bluewashing,” as the central focus of this argument stakes itself in the fishing industry, is a company’s inability to reveal their so-called “sustainable” techniques. This is because, quite frankly, those companies are fibbing; they are continuing to implement bottom trawls, large-scale plastic nets, and other tools which either exacerbate the issue of bycatch or contribute to ocean pollution. These companies are the same ones to sponsor campaigns that have to do with the reduction, reuse, or recycling of plastic. While these efforts are effective when it comes to reducing the amount of micro or macro plastics present in the ocean (that can be consumed and accumulate in an organism or magnify throughout a food chain), they overshadow the larger percentage of fishing nets and fishing equipment which makes up 46% of the Great Pacific Garbage Patch. Alex Tabrizi, the director of Seaspiracy, an expository documentary that highlights the undergrounds and corruption of the fishing industry, expands upon this issue with the fact that these fishing companies are attempting to divert attention from their fraudulent practices by highlighting that a majority of ocean pollution and jeopardization of marine life is rooted in plastic. Discarding their own wrongdoing in order to encourage consumers to continue buying their mislabeled “sustainable” products while “contributing to the clean up of oceans” by reducing their use of plastic--when in reality these consumers are contributing more the endangerment of marine life by directly funding those companies and feeding into those diversions.

You may be thinking that this is a hyperbolization, that not all fishing companies are streamlining a paradox of protecting the ocean and implementing sustainable techniques while they do the opposite. And to that you are 100% correct: not all fishing companies are involved in this environmentally-despicable scheme, however, there are other companies (such as that of bead, poultry, and pork) which also contribute to the degradation or pollution of our biosphere. In order to debunk this despicable scheme, we, as consumers, need to take responsibility. This means not falling subject to insatiability and the “perks of profit” and perhaps significantly reducing our consumption of both meat and fish. By purchasing these mislabeled goods, we are directly funding the degradation of our environment and ocean(s)--and the more we continue to do so, the more we will deplete, endanger, or even eliminate multiple species populations. Once the marine ecosystems and on-land spheres of diversity are debunked, the human species will not be able to survive, commercial markets will crash, and food webs will begin to unwind. It is the consumers’ job, your job, to defund those industries which are the primary perpetrators of environmental or ocean-based degradation (and greenwashing, which distracts from their contribution to this issue).