Thousands of undocumented immigrants residing in the country will become ineligible to seek permanent residency regardless of their motive for entering the country, which for many includes humanitarian reasons

Emilly Sanchez
and
July 8, 2021
in
Immigration
Courtesy of Getty Images 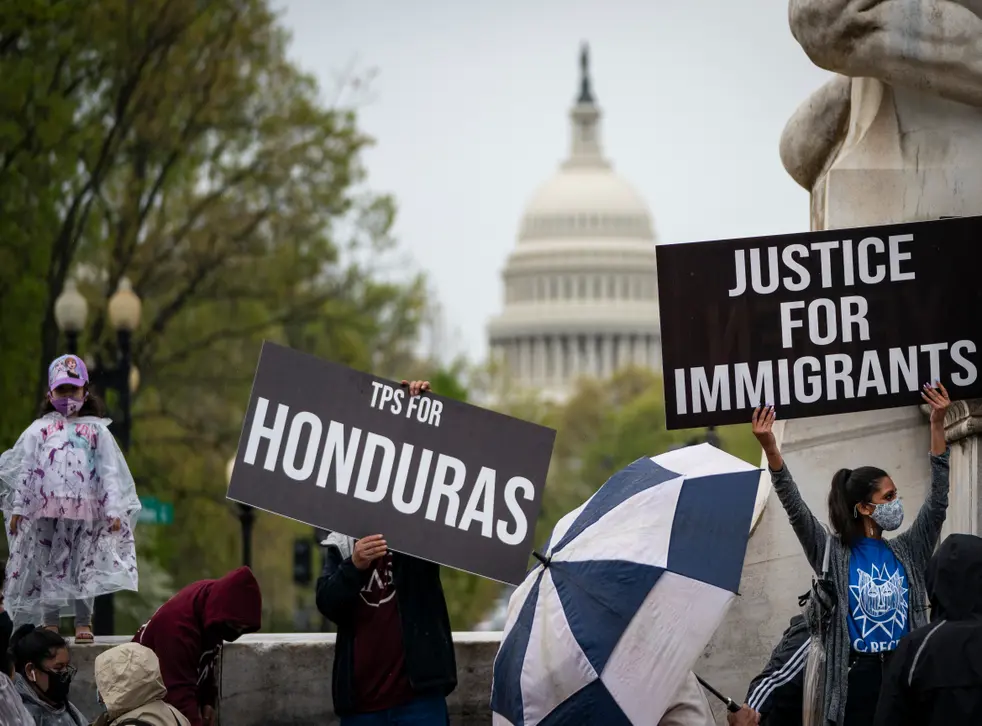 On Monday, June 7, 2021, the U.S. Supreme Court unanimously ruled that current non-citizens in the U.S. under Temporary Protected Status are now prohibited from applying for green cards. Thousands of undocumented immigrants residing in the country will become ineligible to seek permanent residency regardless of their motive for entering the country, which for many includes humanitarian reasons.

Temporary Protected Status (TPS) is a temporary immigration status granted to eligible immigrants coming from a designated country subject to unsafe conditions, conflicts, and disasters. Additionally, TPS provides immigrants work permits and deportation reliefs but does not grant lawful state and admission to the U.S—a requirement for receiving permanent residency. There are as many as 400,000 immigrants who have been granted TPS in the United States. Because immigrants under TPS are perceived as never “formally admitted” into the country, U.S. Citizenship and Immigration Services declared them as ineligible applicants for a green card. The dispute over whether immigrants who were shielded from removal because of humanitarian reasons were ever actually admitted under immigration law persists as many TPS recipients continue to seek permanent status.

The Supreme Court’s ruling has indubitably limited the journey to permanent status for many TPS recipients. Among these recipients are Jose Santos Sanchez and his wife. In 1997, Sanchez entered the country illegally. After a series of earthquakes shocked their native country of El Salvador, the couple applied for and were granted protection under TPS in 2001. Given the number of years spent in the U.S. and the roots they’ve planted, the couple sought permanent residency in 2014. However, their application was denied as their protection granted by TPS did not satisfy the requirement of being admitted into the U.S. in order to receive permanent status.

In regards to the case, Justice Elena Keagan declared, “Sanchez was not lawfully admitted, and his TPS does not alter that fact. He, therefore, can not become a permanent resident of this country.” While lawyers in defense of Sanchez argued that admission is “inherent” under TPS, an appeals court claimed that TPS does not “constitute admission” to the country.

Courts across the country continue to be part of the debacle over whether the granting of TPS is enough to enable the path of immigrants to receive permanent residency. The House of Representatives has passed a legislation that would allow TPS recipients to apply for green cards but the prospects for its approval by the Senate are not promising.

President Joe Biden has expressed his support of the legislation but similar to his predecessor’s administration, he does not support the eligibility of immigrants who entered the country unlawfully to apply for permanent residency.

Fear had dispersed among immigrants under TPS during Donald Trump’s presidency as the administration had threatened to eliminate the program and in effect, deport thousands of immigrants to their native countries—countries that they had not stepped foot in for decades.

The decision of the Supreme Court may once again give rise to the fright that prevailed the immigrant population in the U.S. during the Trump administration. However, without a secured pathway to residency, the revoking of the TPS program can’t be ruled out from the future just yet. For the thousands of immigrants under TPS, that only means returning to the unsafe conditions they sought protection from.