Some immigrants are left with no other option but to stay in America for survival, but the refusal to give them a hearing illustrates the US’ unwillingness to provide them with a better life.

Danna Viruel
and
September 12, 2021
in
Immigration
Courtesy of the AP 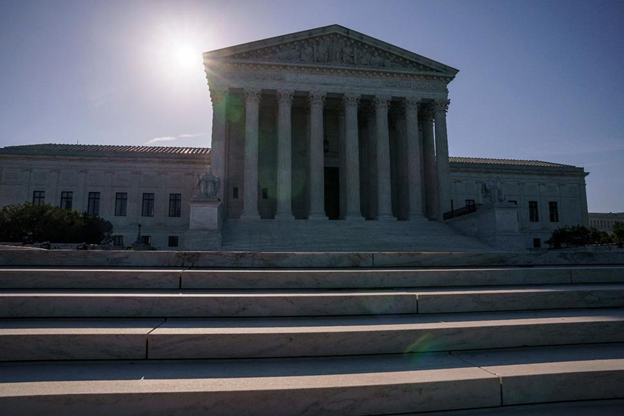 In a recent 6-3 ruling, the Supreme Court decided that immigrants who say they’ll face torture or persecution if they return to their home country can be indefinitely detained without a hearing.  On behalf of the court, Associate Justice Samuel Alito wrote that “those aliens are not entitled to a bond hearing,” a dehumanizing phrase that’s rooted in xenophobia. Many of these immigrants face significant danger in their own country; for instance, one citizen of El Salvador said he had been threatened by a gang after being deported and would be tortured if he returned. Although these people are not citizens of the U.S., they’re not any less human or any more “alien.”

By devaluing and alienating illegal immigrants, the government goes against their foundational value “that all men are created equal.” In addition to existing human rights obstacles like gender inequality and homophobia, immigrants face particularly strong hardships. Despite this man's life potentially being on the line, the U.S. refuses to even give him a hearing.

The federal appeals court in Richmond, Virgina, ruled in the immigrants’ favor, but the other appellate courts sided with the government. The government’s belief that these people don’t deserve a trial strips them of their human rights. It’s quite hypocritical of America to constantly describe itself as a melting pot and then turn its back on immigrants. This is solely based on the perception of undocumented immigrants as “aliens,” or less than human, thus stripping them of their right to a hearing.

As Justice Breyer, who disagreed with the overall ruling, wrote, “why would Congress want to deny a bond hearing to individuals who reasonably fear persecution or torture, and who, as a result, face proceedings that may last for many months or years?”

On top of the hardships that come with fleeing one’s home country and entering the United States, immigrants must also face dehumanization, otherization, and an utter lack of human rights. Some immigrants are left with no other option but to stay in America for their own safety and survival, but the refusal to give them a hearing illustrates the US’ unwillingness to provide them with a better life.