In our changing ethnic, racial, sexual, gender identity landscape, we must ask ourselves how long will these stereotypes last? When does being a minority become the majority? 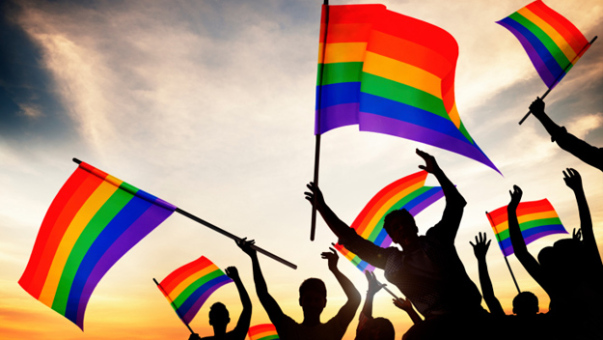 I didn’t have to deal with stereotypes when I was younger. I was a typical upper middle class white male. It was only after I came out to my classmates that I began to receive a label, and realize the power of stereotyping. Almost over night, I didn’t sing because I wanted to learn how to, I sang because I was gay. My style was no longer strange, it was “fabulous.” My habits and tendencies weren’t mine, ideas sprouted from some larger gay thought process. I became “lucky to be gay”, because I can stand out during the college process. I was all of a sudden “so similar to Kurt from Glee” or “just like *insert favorite gay character.*” Somehow, “it all made sense now” that I came out, my entire personality could fit into a rainbow colored box.

I hadn’t changed, I was the same person on Wednesday as I was on Tuesday, only the perception of me had warped. This was the first time I had personally been affected by stereotypes; I had seen them around me, a few white jokes, but never anything like this. Since then, I have gotten used to the off kilter remarks. I’ve gotten used to people being surprised when I state that I like anything that doesn’t fit the stereotype of a gay male. Recently, I realized this unconscious acceptance, and the more I thought about it, the more I asked myself why should I be the one accepting this? Why should anyone who is a victim of stereotypes have to “accept” a preconceived perception? I shouldn’t have to explain to someone that I can be gay and still enjoy watching the Phillies.

In our changing ethnic, racial, sexual, gender identity landscape, we must ask ourselves how long will these stereotypes last? When does being a minority become the majority? As a generation, we will be the first in this “new norm” of a blended culture. Do we define the norm, or do we find a new way? Can we manage to exist without stereotypes? Or in thirty years will there be some other boy writing for a blog about the plight of the new minority?