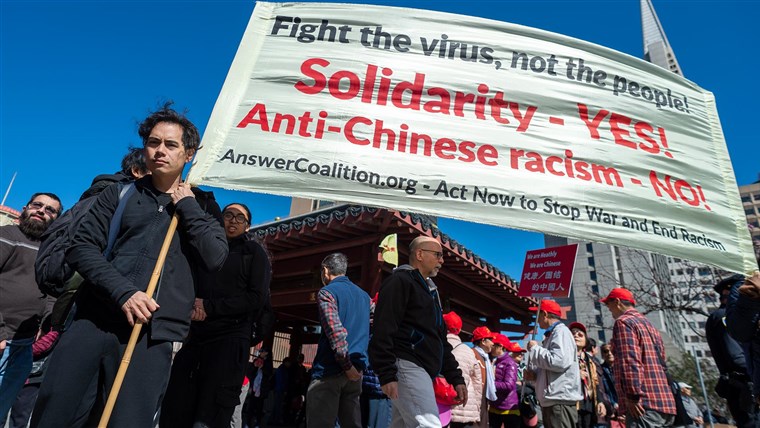 Coronavirus Disease 2019 (COVID-19)—even the name of the disease makes many tremble with fear. It already made Costco remove samples from their stores and HEB run out of hand soap. It made stores put up limits on hand sanitizers, water bottles, paper towels, and toilet paper. Most importantly, in addition to all of these pandemic qualities, COVID-19 has sparked worldwide inequality and racism.

Forbes writer Marshall Shepherd stated, “While stock values are in decline, racism towards people from Asian countries or with ties to such countries is on the rise.” Reports of hate crimes and prejudice against the Asian population are rapidly surfacing. However, it doesn’t make sense why people turn to hate in situations that would be remedied much faster if we all came together as a population. To fight COVID-19, we need to be unified globally and domestically, helping each other so that everyone is properly educated about the disease. Seeing an Asian person and assuming that they have COVID-19 is not being educated in the slightest.

Yes, COVID-19 is growing. There are already more than 100,000 cases and over 3,500 deaths within eight weeks, which is three times as many as SARS had killed in eight months. This doesn’t mean everyone should go into “auto-pandemic mode” and start blaming random Asian people they see in a barber shop. Racism is already endemic to the world— yet instead of focusing on both racism and COVID-19 and reducing them, we have been solely focusing on how to save ourselves from the disease. We have approached the pandemic without addressing the racism in our world, becomingincreasingly xenophobic and racist as we attempt to combat COVID-19.

It’s not directly because of the virus that racism is becoming worse; panic is merely bringing racist beliefs to the surface . As humans, we rush to place the blame and hate on others so that we don’t have to deal with it ourselves. However, the fact is that Asian people are not viruses. Asian people are people, humans just like everyone else. The virus could’ve originated from anywhere, and yes, it did originate in China, and so did SARS. Ultimately, though, blaming every Chinese person in the world won’t stop the virus. It might feel good now, but in the end it will only cause more pain.

Instead of blame, we should be focusing on learning from all of our mistakes. How can we stop the disease? How can we, as civilians, aid scientists and each other in keeping everyone safe? What steps can we take to stop the spread of the disease? According to the World Health Organization (WHO), everyone should take extra precaution by maintaining at least 1 meter (3 feet) of distance between others. In addition, avoid touching your face and wash your hands as often as possible. Simply staying informed by WHO and the CDC will greatly help in stopping the spread as well. As of right now, that’s all we can do.

For more information on where the disease has been spreading and how you can help to stop it, consult the WHO.