How standardized tests such as the SAT, ACT, and other college-entry exams perpetuate socioeconomic and racial division more so than provide all students with a level playing field.

Isabella Folchetti
and
December 31, 2021
in
High School
Courtesy of North by Northwestern 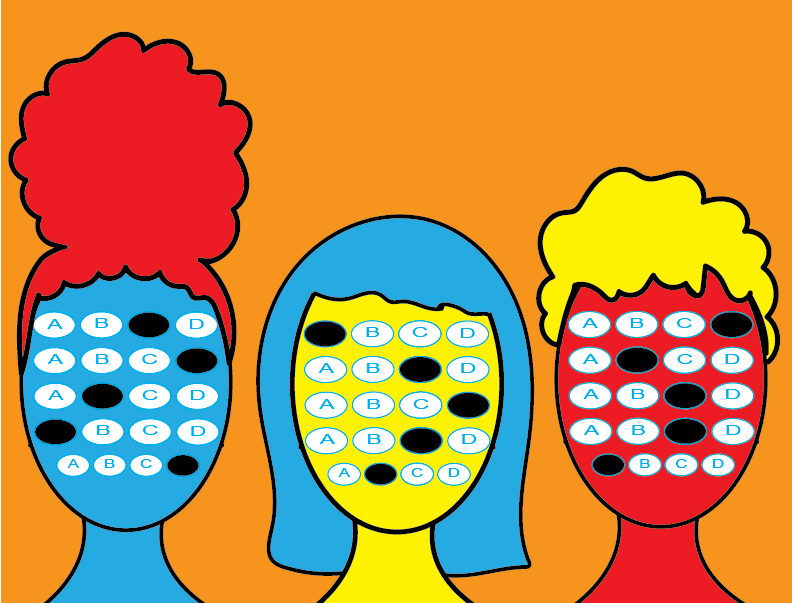 Here you are, sitting down for possibly one of the most “important” exams of your early-adult life. Rows of desks behind and in front of you, all occupied by a collection of inked-paper problems and questions that, if answered correctly, will prove college readiness and likelihood of success in those academic settings. The context of these standardized exams is laid out for us as elementary school students; first it began with the “star” math and reading tests, then it spiraled into midterms and finals, then even advanced placement exams, and now, for those considering college in their near future, the SAT and ACT. All of said exams are used as a benchmark for intelligence and ability to apply that intelligence to real-life, multifaceted situations. In the present day, the official College Board states that those aforesaid exams “measure literacy, numeracy, and writing skills that are needed for academic success in the college setting,” but a deeper dive into these exams makes it clear that their supposed intentions are suffocated by elitist prospects. According to Inside Higher Ed, the SAT was first administered in 1926 following the mass influx of non-white immigration to the United States. The “Intelligence Test” was this exam's original name, and was a way to “categorize the new arrivals”--so that they would not invalidate or jeopardize the predominantly white society. In essence, this standardized test was a social marker which divided the “elite and more-capable” from the incoming immigrants, who were labeled as “less capable or intelligent” because their socio-economic status did not permit for preparation. So in lame-mans terms, this standardized test was a legal “ranking system” which made it permissible for white individuals to distinguish themselves from the immigrants and ensure that they would not be leveled “equal” to the common white man--for that would threaten the institution.

In the present day, we see that same ranking based on race and socio-economic status; a test that was installed to more or less discriminate against or segregate the non-whites is indicative of OUR college readiness… how bizarre. The Brookings Institute highlights this ludicrousy with the idea that those with a higher socioeconomic status (primarily in the United States) inevitably perform better simply due to their increased access to supplemental resources, tutors, and a proper education. This group is therefore portrayed as “harder working, more intelligent, and a reflection of the benchmark,” while those that do not perform as well are labeled as “less than average, or unable to achieve success at the college or university level (The Brookings Institute).” Because the group with higher standardized test scores in the United States is predominantly white (with a small percentage of Asian Americans intermixed as well), the correlation between race and socioeconomic status and test scores is clear; minority groups such as Hispanics and African Americans are underrepresented in their educational setting, and that lack of representation mirrors itself onto standardized test scores. Because scores are indicative of “performance” and “capabilities as a student,” those whites (and Asians) of course, are portrayed as far more capable than their underrepresented counterparts, not because they were more intelligent, but because they had access to tools and advantageous strategies that those on the lower end of the socioeconomic spectrum did not.

Colleges and universities run practically blind to this socioeconomic issue and continue to enable the stark divide in academic achievement between different races. These benchmark or standardized exams do not measure how much knowledge one can acquire and apply, but rather whether or not one can take a test; learning to “take a test” is no easy task, and specifically for college admissions exams, often involves outside assistance, tutoring, or materials--such as prep-books or courses--that cost a large sum of money. Elitists are able to man-handle these opportunities and maximize them for their children, helping them achieve a higher score and increasing their chances of admission to a prestigious college. Marginalized groups, on the other hand, often cannot make use of those strategies, tools, or materials because of socioeconomic disadvantages; for instance, the course I enrolled in for SAT preparation cost a few grand per person. That is not a sum of money that one can merely pull out of their pockets; I was fortunate enough that my parents were able to pay for this costly endeavor. Throughout this course I have learned specific tips and tricks that allow me to work in a more efficient manner and answer more questions correctly. Because of my stable socioeconomic status, I was able to access tools and resources that will ultimately benefit myself and my score. Those who may not be as fortunate, or unable to afford these prep courses, typically don’t perform as well on these standardized tests; this does not mean that they are unable to perform as well as someone like myself; rather, they were simply unacquainted with test-taking techniques and tips acquired through prep courses. Thus the idea of “college readiness” and how that readiness may be reflected by standardized test scores is bogus; it is safer to assure that, as stated by the Brookings Institute,  “standardized tests are better proxies for how many opportunities a student has been afforded than they are predictors for students’ potential.”

Statistics, also from Brookings, solidify the correlation between race and socioeconomic status and how one performs on a standardized test such as the SAT: “black and Hispanic or Latino students routinely score lower on the math section on the SAT--a likely result of generations of exclusionary housing, education, and economic policy.” This, coupled with the “gaps” in the English scores between racial groups, highlights the fact that lack of access to opportunity, education, or tools in marginalized communities was what resulted in lower composite scores. What encourages this socioeconomic gap which seems to be the deciding factor for test performance? Throughout the construction of our nation, the white institutions and idea of “superiority” have completely overshadowed equality for non-white groups, such as African Americans and the Latin(x) community. Competition was virtually one-sided--benefitting solely the overrepresented-- and continues to be in certain fields of work today -meaning that there was and still is a lingering lack of opportunity for these minority groups. With that lack of opportunity invites a lack of income, which then contributes to the generally lower socioeconomic status obtained by Latin(x) and/or African Americans. The Guardian underscores this, stating that “a typical white middle income family earns about $30,000 a year, [and has] accumulated $74,000 in assets, five times that of a black family in the same class which has only about $14,000 in wealth.”

This just leads to the question of why we continue to implement these standardized tests, specifically if they perpetuate discrimination or continue to drill a gaping hole in the lack of opportunities for specific demographics? While there is no definitive answer, it may as well tie to the idea of emphasizing meritocracy; like China in the 13th century Han Dynasty, the SAT serves as a “civil service exam” and marker of qualification for admissions. In order to avoid lack of qualification or employment based on relation(s) rather than abilities, the SAT, ACT and other subject tests purport to give students a rating correlated to their own performance and merit. However, these standardized tests may very well be counterintuitive; instead of emphasizing meritocracy and providing all test takers with an equal opportunity and equal amount of preparation, those who have a higher socioeconomic status are able to access tools and tricks that allow them to perform better on the exam. This isn’t to say that the offering of these exams is not an “equal opportunity” by default; however, because these tests boil down to preparation and materials that may be costly, lack of access to materials—which does not equate to lack of intelligence—is often the deciding factor in performance. Thus leading me to my ultimate question: are the SAT, ACT, and other standardized tests truly a marker of performance and “college readiness,” or do they contribute to the ongoing perpetuation of the racial achievement gap?