"The outspoken Maria Ressa’s endless efforts to protect truth and press freedom in the Philippines has undoubtedly made her a worthy recipient of the 2021 Nobel Peace Prize.”

Tanusha Paine
and
October 27, 2021
in
Representation
Courtesy of the International Journalists’ Network 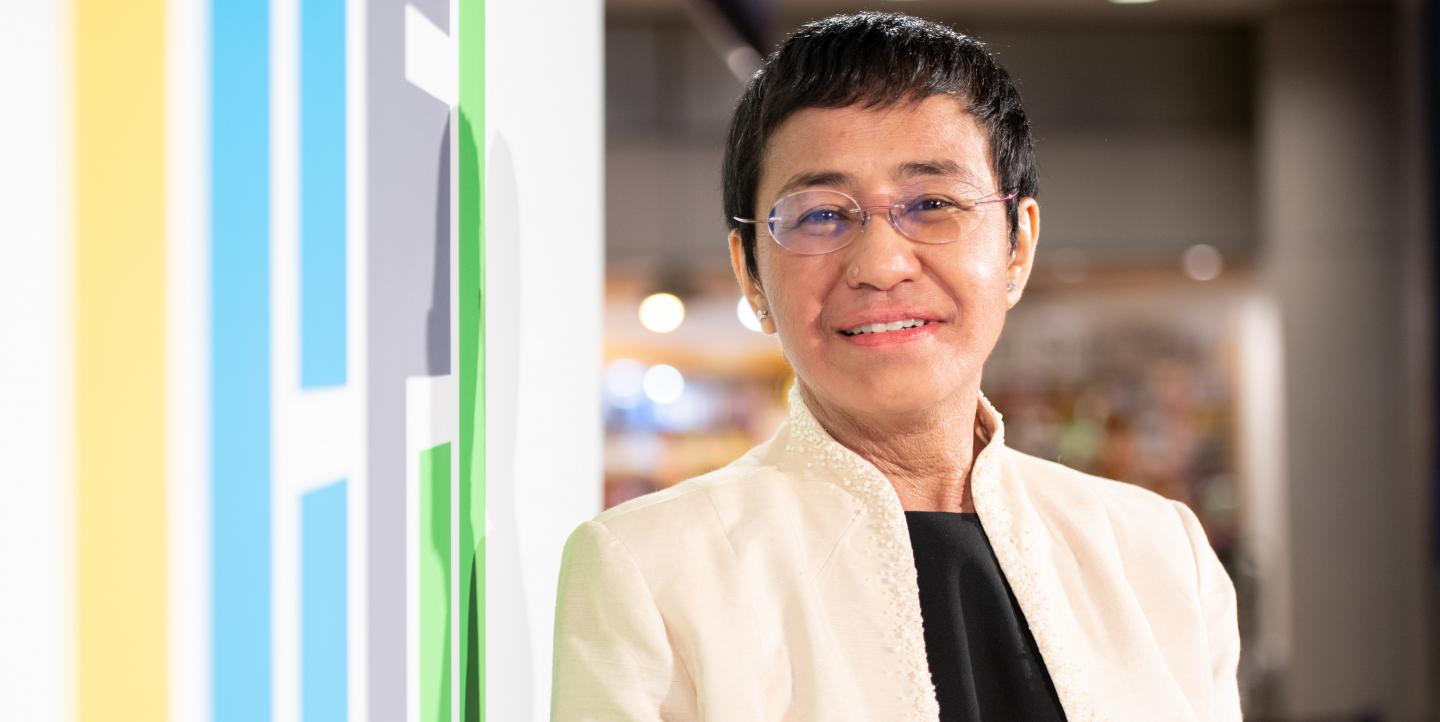 On 8th October, Friday, roughly around 11:00 CEST, the Norwegian Nobel Committee granted the 2021 Nobel Peace Prize to journalists Maria Angelita Ressa and Dmitry Andreyevich Muratov “for their efforts to safeguard freedom of expression, which is a precondition for democracy and lasting peace.”

On the same day, Ressa, 58, became the first Nobel Prize Laureate from the Philippines, where the current administration often neglects women’s rights and freedom of speech. Ressa herself had to withstand endless criticism and slander from the Filipino government under President Rodrigo Duterte before reaching where she currently stands.

Maria Ressa’s journey began when she moved to New Jersey from the Philippines after President Ferdinand Marcos announced martial law in 1972. Ressa studied at Princeton University and, after graduating, returned to the Philippines to “find roots”. She ventured into journalism and worked for news networks CNN and CBN.

In 2012, she co-founded Rappler with three other female partners and assumed the position of Chief Executive Officer. The site soon became one of the most significant multimedia news websites in the Philippines, receiving national and international awards and amassing a Facebook following of over 4.5 million. The site gained major attention in 2015 when it released an inflammatory article regarding the confession that Rodrigo Duterte, then the mayor of Davao, had killed three people. After Mr Duterte assumed the presidency, it was seen that all his policies were openly critical of Rappler. Alongside positive comments, Rappler received many negative ones, most of which were explicitly directed at Ressa. Whenever she was critical of the President and his administration, particularly in terms of their current “war on drugs,” she received threats of arrest, death, and imprisonment. Not only that, but President Duterte has also verbally abused other journalists of the country, both working for and outside Rappler.

President Duterte has repeatedly called Rappler a “fake news outlet”, which Ressa believes is the main reason for her being framed for 'cyber-libel' in 2020. She was found guilty of accusing businessman Wilfredo Keng of human trafficking and illegal drug use; however, there are strong claims that there is no concrete proof of this, and Maria Ressa currently appeals for that conviction.

Duterte's authoritarian administration has often proved to be in opposition to women empowerment. In public speeches and addresses, he has blatantly looked down upon women holding high government positions. Not long ago, he declared that the presidency is no job for a woman due to their emotional differences with men and has dismissed the speculation that his daughter, Sara Duterte-Carpio, plans to succeed him. In the event of such misogynistic speeches, his supporters have always rushed to his defence, claiming that all of these statements were harmless jokes "meant to entertain and not to offend."

Despite being a woman under an administration that belittles and discriminates against women, the outspoken Maria Ressa’s endless efforts to protect truth and press freedom in the Philippines has undoubtedly made her a worthy recipient of the 2021 Nobel Peace Prize. Ironically enough, on 11th October, the President himself congratulated Ressa for her historical win, calling it "a victory for a Filipina" and accusing activists of harassing Rappler. Many intellectuals of the Philippines have, however, criticised this step of his.

Nevertheless, considering all the social and legal struggles Ressa overcame to reach her current position, we can only reminisce about a quote from Laurel Thatcher Ulrich that renews all women’s willpower and motivation: