Some Students Can Now Afford to Say Yes to the Dress

Katherine Marin
and
October 10, 2020
in
High School
Courtesy of InspireMore 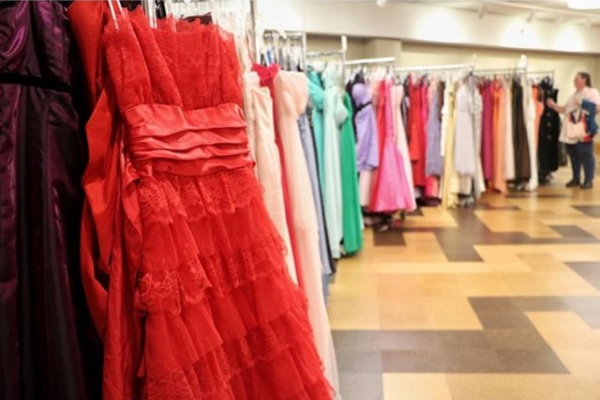 Prom – it’s a “night to remember,” but exactly how much does a night to remember cost? According to a 2015 national survey from Visa Inc., American families spend an average of about $919 on their prom-goers. As prom season approaches, the looming cost of attendance is on everyone’s mind, so the Dallas Central Library decided to step in.

Now in its sixth year of service in Dallas, Texas, the Dallas Central Library’s “Fairy Tale Closet” continues to expand its new and gently-worn prom clothing collections for low-income high school students. The Fairy Tale Closet aims to provide every prom-goer with a royalty experience. The collections of dresses are supplied by local organizations, schools, religious groups, and national organizations. Among those who have donated in the past include designer clothing companies Neiman Marcus and Sam Moon.

In addition to hundreds of gowns, the philanthropic public library will also be providing a smaller selection of shoes, accessories, suits, and jackets for students facing financial hardships. While the price and demand for prom outfits maintain steady over the years, students contain vastly different perspectives on the meaning of spending so much on a single event. Just as some students opt out of culturally meaningful celebrations like Quinceañeras to splurge and attend their prom, others opt out of the event entirely, citing excessive ticket prices and other expenses enforced by their own schools.

Despite the rise of programs similar to the Fairy Tale Closet, barriers still exist keeping everyday teens from attending their dream prom. Similar to the pervasive stigma hungry students face turning to on-campus pantries, low-income students are living in a world in which it is easy to feel limited by the sight of brands. It is especially easy to be intimidated by the level of glamour associated with prom during a digital age when social media reveals teens treating promposals as seriously as marriage proposals.

As someone who will not be attending high school prom, my only regret is having to break it to my very loyal friends who can only unknowingly hound me to go; in the end, prom is just prom.

The SAT is Working to Equalize Higher Education