Different minorities have had different relationships with the United States, and that has led to the creation of current racial hierarchies and therefore interracial conflict. 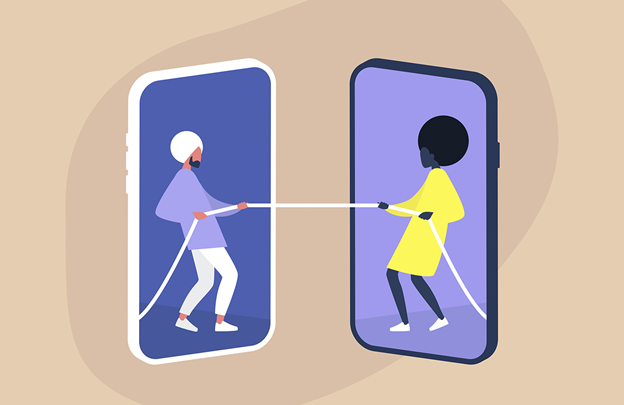 The 1992 Los Angeles riots were riots in response to the acquittal of four LAPD officers charged with using excessive force in the beating of Rodney King. It only took the widespread sharing of footage for chaos and riots, complete with damage, death, violence, and looting, to erupt all over the city.

The federal government’s response to all this happening was the most interesting part.

Rather than sending in the National Guard in to quell the riots, which would have likely limited damage to the greatest possible extent, the U.S. government decided to direct the National Guard to protect… a certain kind of neighborhood. These neighborhoods were wealthy, predominantly white areas such as Beverly Hills. The barricades built defending said neighborhoods would end up corralling the riots towards urban areas; one of the major towns in these urban areas was Koreatown, and therefore, the Korean community.

One of the primary reasons was that both the government and the privileged white class knew that, due to the antagonism generated from the riots in areas such as Koreatown, the relationship between the Black and the Asian American communities would deteriorate. The riots would essentially further vilify the predominantly Black rioters and produce an interracial conflict that didn't involve white people. This would only make it easier for white people outside the city to wag their fingers disapprovingly at the “big inner city race war”. And that's exactly what happened in 1992.

To this day, the legacy of the “rooftop Korean”— a slang term referring to Korean American business owners who defended their storefronts with rifles during the 1992 Los Angeles riots— is used as a bludgeon against Black people in the United States. This is because, when most people see pictures of Korean Americans wielding their rifles on the top of buildings, they take from it an interracial divide: the model minority Asians, courageous and pirincipled citizens engaging in self-defense, and the Black rioters, violent and irrational.

What this narrative leaves out is the fact that it was the deliberate policy of the state to cause this to happen. The National Guard could have stopped the riots, instead of redirecting them towards an area dominated by Asian American presence. But no, the federal government deliberately manufactured this incident because it suited the narrative they wanted to push, which promoted the idea that Black people were comparable to violent mobs who needed to look towards “models” like the Asian American community.

Different minorities have had different relationships with the United States, and that has led to the creation of current racial hierarchies and therefore interracial conflict. All too often discussion of oppression and marginalization can delve into a competition, or “Oppression Olympics,” between minorities over who “has it worse”. Is it the Asian woman who was fetishized into a pornographic stereotype? Is it the Black man who is constantly profiled by police? Is it the disabled person who finds it impossible to secure assistance given the rules? Is it the trans woman who is never seen as the woman she is because of “biology”, even when biology is in her favor? Is it the poor working mother who has to work three grueling jobs just to ensure her kids don’t starve?

There are two main problems with this line of thinking. First, it posits the idea that discrimination can only have validity when being compared to one another and ranked by “realness”. Secondly, it seeks to individualize discrimination— treating marginalization as though they are individual conditions. This incorrectly implies that the oppression faced by women, racial and ethnic minorities, LGBTQ+ people, poor people, and disabled people are not intertwined with one another, that the very social hierarchy that carries out oppression is not combined with the economic and political hierarchies that carry out oppression respectively.

What we may believe is contributing to our understanding of political, economic, and social subjugation only breeds intersectional resentment instead of solidarity. In place of the oppressed uniting against their conditions is the oppressed executing the oppression they face amongst each other.