Neha Chinimilli
and
November 29, 2021
in
Justice
Courtesy of Variety 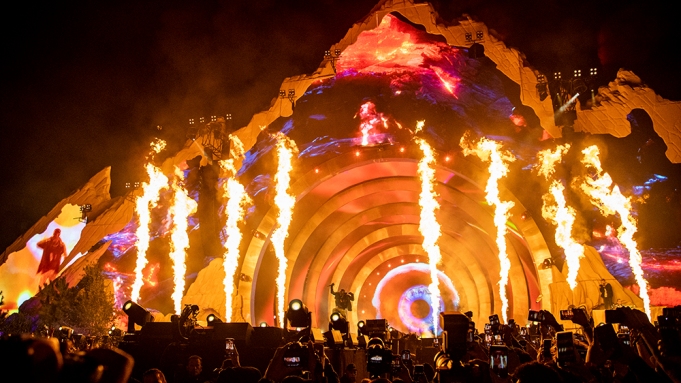 Over the past few years, Travis Scott has been known for producing singles like “90210”, “Coffee Bean”, and, of course, “Sicko Mode”, which went on to receive a Grammy nomination. Recently, however, his name has been associated less with music and more with the deadly Astroworld Festival that took place on November 6th.

With 10 people dead, countless more injured, and over $2 billion in lawsuits, it’s safe to say the festival was nothing short of a tragedy. Taking place at NRG Park, over 50,000 concertgoers came to see performances by Travis Scott, Drake, SZA, and other notable names in the music industry. Not long after the concert started and ahead of Travis Scott’s appearance, however, concertgoers from the back rushed to the front and trampled those in their way. The frenzy only intensified when Scott and Drake appeared onstage, forcing some fans to climb on speakers to avoid the surge. As the crowd soon grew aware of the chaos unfolding, panic set in and many tried to escape, furthering the existing rush and resulting in many being crushed, injured, and suffocated to a fatal degree. As more information is revealed to the public, many are left wondering who is to take the blame for the casualties.

To a certain extent, Travis Scott should be held liable for the deaths and injuries. First, Scott has a past with encouraging behavior similar to that showcased by fans at Astroworld. In 2015, he was arrested for disorderly conduct after encouraging fans to jump the barricade at the already-chaotic Lollapalooza music festival. In 2017, he was arrested again for disorderly conduct, inciting a riot, and endangering a minor. Similar to 2015, he was again encouraging concertgoers to rush the stage. Clearly, this year’s Astroworld would not be the first of Scott’s concerts wherein he promoted pandemonium and chaos. Additionally, the nature of his past concerts have been incredibly reckless, with fans calling themselves “ragers” and mosh pits, or masses of dancers that aggressively shove each other back and forth, being a mainstay. Although it’s unclear if Scott concretely incited a riot at the Astroworld Festival, his prior behavior may serve as proof that he is willing and capable of promoting this violence with his fans.

From a legal standpoint, it’s difficult to prove Scott’s liability for the Astroworld tragedy. Although some concertgoers say he was aware of what was going on yet still continued his performance, Scott claimed on an Instagram story that “Any time I could make out, you know, anything that’s going on..., I just stopped my show and... helped them get the help they need.” There is no explicit evidence of him inciting the chaos, and several sources say he actually stopped the show more than twice when he noticed something was wrong. Stephanie Rawlings-Blake, Scott’s spokesperson, told CBS Mornings that “they have a 59-page operations plan, and it clearly says the only two people that...[had] the authority to stop the concert were the executive producer and the concert producer. [Scott] was not responsible for this, but he wants to be responsible for the solution.” Although he maintains that he was unaware of the situation and although he surely should not be held solely liable, Scott still should be investigated as to what role he possibly played in the fatalities.

Promoters Live Nation and ScoreMore— both of which were responsible for the technical aspects of the concert, including venue, staffing, security, and emergency response— are also being held accountable for neglect.  Although the former had hired security company Contemporary Services Corporation to handle the masses, one of CSC’s employees stated “that the training for new hires was rushed and haphazard,” with “nothing regarding crowd control or what to do if a crowd surges.” In this case, both Live Nation and CSC were negligible in preventing the fatal rush and addressing the lack of emergency response.

There is undoubtedly a lot of confusion surrounding this event. As more and more information is released, it’s clear that a singular person is not to be held solely responsible for what happened on November 6th. Rather, it’s the combined oversight of several entities that culminated in the disastrous night. Hopefully, this serves as a lesson to all concert promoters to never hold back on any measures that may prevent potentially harmful situations.

If you’re going to a concert soon, here’s how to stay safe.