Should Fraternities and Sororities Be Integrated?

"A sad vestige of the past" 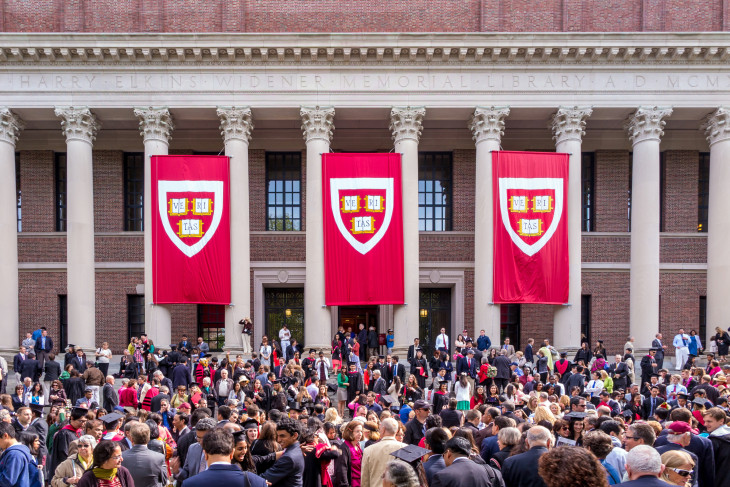 Last October, as the midterms neared, a political battle roared in Congress that escalated political divisions, pitting politician against politician, senator against constituent, and friend against friend. Brett Kavanaugh, now a Supreme Court justice, was at the center of the controversy. As a high school student, he had allegedly sexually assaulted Christine Blasey Ford, whose detailed testimony illustrated an incident of unmistakable sexual violence. Soon after the initial allegations, former women classmates at Yale accused Kavanaugh of inappropriate, drunken conduct during fraternity events.

While the Kavanaugh struggle heightened political tensions, it also raised questions about gender relations on college campuses. For many, it confirmed the toxic culture that fraternities and other same-sex student social institutions cultivate when left to their own devices. Throughout his years in college, Kavanaugh was a member of the fraternity Delta Kappa Epsilon. To critics of fraternities, his alleged behavior was far from surprising.

Many believe that when young men live in insular homosocial environments, rules governing the treatment of those in the outside world—women and non-binary people of different sexual and socioeconomic backgrounds—fall by the wayside. Indeed, sociological research demonstrates how the physical structure of fraternities enables sexual assault: often located off-campus, fraternities are out of the reach of campus police. Visiting sorority members, who the National Panhellenic Conference bars from serving alcohol in their own houses, are to a certain extent at the mercy of their male hosts, who can control the women’s consumption of alcohol. There is no shortage of statistics that demonstrate the horrifying results of such arrangements: several researchers have found that men who join fraternities are three times as likely to commit rape.

It was these concerns that brought Harvard University, in May of 2016, to install sanctions narrowing the number of academic and leadership opportunities for members of single-gender social organizations, including fraternities, sororities, and Harvard’s all-male finals clubs. Rendered ineligible for selective fellowships such as the Rhodes, Marshall, and Fulbright scholarships, and forbidden from holding campus leadership positions, members of Harvard Greek societies have grown to resent the university’s decision.

On December 3, a group of Harvard fraternities and sororities filed a lawsuit against the university. Central to the group’s suit is their allegation that Harvard’s penalties have been part of an aggressive scheme to abolish same-sex social groups, and that administrators have employed unlawful methods to attain this goal.

What has motivated colleges like Harvard to chip away at same-sex student associations in the first place? Alexandra Robbins, a journalist whose soon-to-be-published book Fraternity studies the deeply-entrenched masculine norms within frats, compiled and analyzed the behavior of historically white frat chapters. From January 2010 to June 2018, Robbins found at least 2,000 reported cases of “abusive drinking, hazing, sexual assault, racism, violence, vandalism, and fatalities”—and far more remain unreported. Fraternities’ record of dangerous, illegal, and foul behavior has thus been a primary motive for Harvard’s policies.

As for the university’s push for gender integration, administrators believe much of the misogynistic culture that flourishes in frats would be alleviated if such clubs were more inclusive. On a nearby campus, the social justice organization Engender, founded by students at Yale University, has been rallying for such inclusivity for three years. Engender, which caught the attention of local news agencies in 2017 when they disrupted campus Greek life recruitment, considers integration vital to curbing sexual harassment, LGBTQ+ exclusion, and economic inequality on campus.

Gabe Roy, a co-director of Engender, favors the co-education of all social spaces on college campuses. While fraternities arguably perpetuate more immediate harm than sororities, Roy takes issue with sororities, as well, claiming that the feeling of “inclusion” sorority members cherish comes at the expense of other students’ exclusion: “I don’t think you can call a sorority a space of empowerment when there are class-based barriers to entry, when they demand the performance of a very particular femininity, and when they perpetuate heteronormativity and the gender binary.”

Alongside fraternities and sororities are Harvard’s finals clubs, social organizations that have historically limited their applicants to males. Rumi Khan, a current sophomore attending Harvard, describes finals clubs as dynastic and exclusive “bastions of institutional kinship,” social networks that confer young men access to a “treasure trove of Harvard alumni.” To Khan, finals clubs are “antithetical to Harvard’s mission” of promoting equal opportunity, and are conducive to sexual assault.

Finals clubs, Khan adds, also provide male students with significant connections that serve them throughout their professional lives. These economic privileges are denied to college students who are not members of frats or Finals clubs—the majority of whom are either women, students of color, or LGBTQ+ students. Such inequality is another reason Roy cites for Engender’s stand against same-sex associations.

Since Harvard rolled out their same-sex sanctions in 2016, fraternity- and sorority-led protests have been abundant. According to Khan, polls have suggested that a majority of students oppose the policy. However, Roy is convinced that this backlash is no different from reactions to the university coeducation movements of the sixties: “Greek life is a sad vestige of the past serving only to sustain the patriarchy, and today we’re saying ‘enough.’”