In our world today, the hijab is a controversial topic

Hailey Young
and
July 3, 2021
in
Representation
Courtesy of Hindustan Times 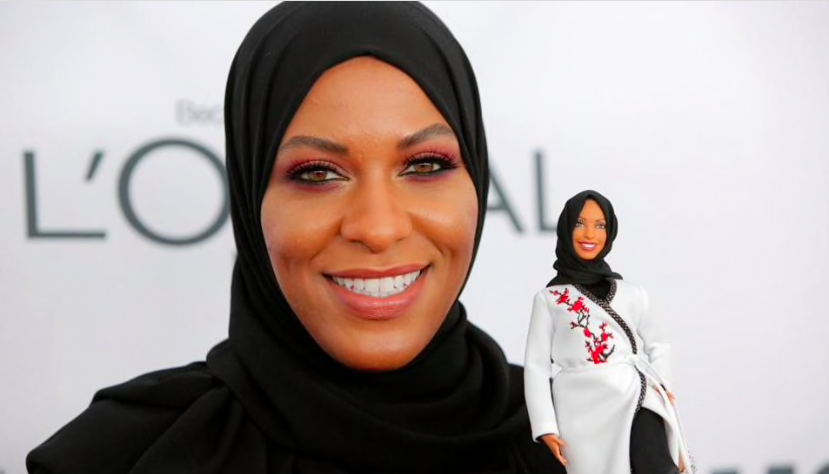 In our world today, the hijab is a controversial topic. Many Americans argue that it is oppressive and unpatriotic, while others see it as a reflection of tradition, heritage, and religion. Despite negative opinions, Mattel has decided to make the Barbie family a little more diverse. In 2018, Mattel will be debuting its first hijab-wearing Barbie as a part of its “Shero” collection. The barbie, based on Olympic fencer, Ibtihaj Muhammad, will join the Barbies of celebrities like Gabby Douglas, Zendaya, Ava Duvernay, Ashley Graham, and Misty Copeland.

Ibtihaj Muhammad embodies the term “Shero” as a female hero who has made a significant impact on the world. She was the first U.S. Olympian to compete while wearing a hijab. She played with Barbies as a kid and remembers not seeing a single doll that resembled her. Now, she is the face of the Barbie that she once dreamed of. Clothed in fencing gear and a white hijab, her Barbie accurately portrays both her athleticism and religious background. Muhammad is an inspiration to young Muslim women who have felt as though they could not be athletic as well as modest.

As a racially mixed individual myself, I wholeheartedly celebrate the idea of representation. However, I find myself questioning the timing of Mattel’s inclusivity. The current climate in America is divisive and tense, and many companies have been trying to take a socially liberal stance in order to appease the public. This may sound harmless, and perhaps even positive, but it may be dangerous for companies to exploit the idea of diversity. Although there is a doubtless need for children to view positive representation of all groups, it is unethical for a business to promote tolerance solely for financial gain.

On the other hand, it is true that not all companies take a stand for the public acclaim. Many do it because of a genuine interest in equality, tolerance, and representation. Mattel's motives cannot be reduced to a single desire for money, but at a time like this one, it is hard to see who is just following the crowd and who is leading the fight for change.

Still, I think about all of the Muslim girls who will grow up with a doll that looks just like them. They will walk through aisles of toys until they see one that stands out-- a girl with a hijab, a sabre, and a powerful stance who is ready to fight discrimination wherever it may occur. It gives me hope for inclusivity, and regardless of what the Mattel’s motive may have been, this doll is a huge step for both the company and the larger world towards representation.

How Fenty Beauty is Revolutionizing the Makeup Industry