SHEIN in a Crossfire of Cultural Difference and Ignorance

Unfortunately, the growing pace of fashion has forced companies to consistently innovate tilting the balance toward more daring designs—and thus increasing the chances for companies to release insensitive pieces. 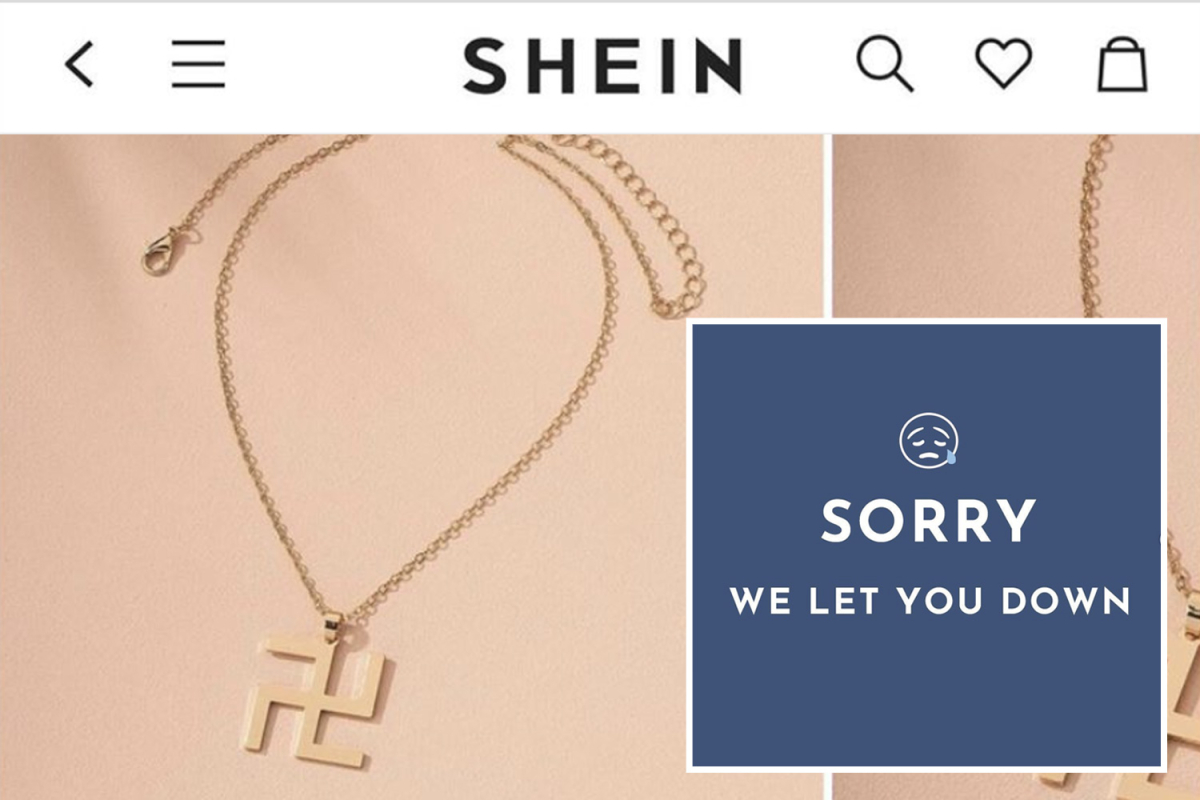 Haute couture is often admonished for its ignorant clothing designs, but it’s not just the high fashion that provoke criticism: the industry has shown a keen desire to break social codes, push for new boundaries, and create an irresistible message to enrapture consumers. The ephemeral world of fashion requires shocking, ingenious designs that satiate the demand and send a message that reflects the philosophy of each individual company. Yet as the world stays “woke” to creativity of racial overtones, many of these idiosyncratic styles no longer align with the taste of customers. Some explain it as fashion designers ignorant to the historical origins of blackface or “slave sandals.” But this isn’t an excuse they can keep for long.

Unfortunately, the growing pace of fashion has forced companies to consistently innovate tilting the balance toward more daring designs—and thus increasing the chances for companies to release insensitive pieces. Despite this pattern of racial insensitivity in the products of high-end brands, smaller and lesser known clothing lines are facing backlash under the radar. After selling a look alike Swastika symbol as one of their necklaces, consumers promptly called out SHEIN, an online Chinese fashion company founded in 2008, for its ignorant design. Yet SHEIN isn’t the first low-grade, cheap fast fashion company to face such criticism from consumers: In 2018, H&M was heavily rebuked for displaying a Black child model with a T-shirt saying “Coolest Monkey in the Jungle.” It’s a cyclical pattern of mistakes made by a variety of companies in the same industry. And the simple reason behind such oversights lies in fashion companies’ haywire chase for avant-garde dominance, tireless attempts to satisfy our predilection for novelty. We as consumers have offered them a clue for the best bait, culminating in racist incidents such as these.

The company SHEIN, which amasses 3 billion dollars in annual revenue, was founded in Nanjing, an industrial town full of small, distrusted companies kept afloat by cheap and even forced labor. SHEIN exemplifies the wave of illicit companies in China uplifted into the mainstream market in North America and Europe through the sole “magic” of e-commerce. Even as SHEIN, owned by Alibaba, trails only Amazon as the second largest online retailer in the US, it has obtained an unflattering record of controversial makings. In 2015, Chris Xu, the founder and CEO of the company, changed its original name from Sheinside to SheIn— short for She In Shine Out, an expression that suggests women’s beauty depend on their products —a moniker which Xu believed would imprint itself easier in the memories of prospective customers. What may have been intended as a savvy marketing strategy instead revealed the company’s vision of profit over all else—including cultural sensitivity. The company’s inconsiderate products, from religiously discriminatory rugs to racist prints, only confirm their amoral approach to making money. This is a company that woefully intended to gain publicity and to attract a market ground for “unique” products.

It is, however, unfair to extend this characterization to SHEIN’s swastika-embroidered    three-dollar jewelry. For the symbol on their necklace was a swastika look-alike, positioned counterclockwise in relation to Nazi swastika,  whose roots are in Ancient China: the symbol, “Wan,” was first recorded in an Ancient Chinese book of silk used for astronomical observations dating to the 2nd century BC, drawn as a resemblance of a comet tail’s radial view as it approached close to Earth. Wan eventually came to be adorned in Ancient Buddhist and Hindu Temples, transformed into a symbol of good luck and hope. Even today, many countries in Asia, including Japan, consider it part of a harmless Ancient culture. Even in North America, Native Americans used it as a symbol for worship and had basketball teams wear the symbol in the early 1900s, along with women hockey teams. Scandinavia, too, used it as an element of Norse mythology. Countries and ethnicities with a long history and deeply rooted traditions view the Swastika sacredly. This is the yin of swastika.

In another corner of the world, Ancient Greece and Germanic civilizations used the Swastika as a symbol of peace. Yet, as prominent German authors romanticized the connection between Germanic tribes and Ancient Greece, Hitler tragically took inspiration from the innocent symbol, forever poisoning its reputation. For the Europeans, particularly the Jewish population, this is a symbol of murderous, tyrannical persecution. This was the symbol of Jewish extermination, not peace. It was a sign of hatred and torture, of pain and sorrow and so much more to which words cannot do justice for the level of atrocities commited by Hitler towards so many during Word War II. And this is the yin of swastika.

Yes, the Swastika in Chinese character is a flip of the Nazi’s. But that isn’t “wokeness.” Consumers and people around the world are well aware of the pain and anger such similarities between the symbols will bring to people- not just survivors of the Holocaust. In the words of Hitler’s very own victims, the 93-year-old Holocaust survivor informs us of the pain of seeing any symbol bearing a resemblance to the Swastika, "For the Jewish people the swastika is a symbol of fear, of suppression, and of extermination. It's a symbol that we will never ever be able to change," says Freddie Knoller. Think about the granddaughters of these survivors seeing such jewelry. SHEIN’s mortifying actions should be undoubtedly rectified. Companies are supposed to be sensitive about offensive symbols and imagery regardless of context.

The yin and yang of the swastika doesn’t balance the blessings and evils out for the benefit of corporate profits. It doesn’t represent the company’s diverse consideration of culture; in fact, such action positions reflect insensitivity. There are followers of Jainism, Buddhism, and Hinduism who use the symbol as a way to celebrate their culture—but it’s through the lens of their cultural conscience. Only when what happened under the Swastika of Nazi rule fades into Ancient history—something that we must never allow to happen— can there be any possibility for justifying the use of the symbol for its original meaning. In the Western world, the symbol forever associates itself to that of hatred and genocide, but in Asia, the Swastika unfortunately remains a deep cultural mark for peace.‍

Carte blanche for a fashion company galvanized by global consumption in the context of racial justice will only prove itself to be feckless, not ingenious. SHEIN needs to fit into the market it sells.