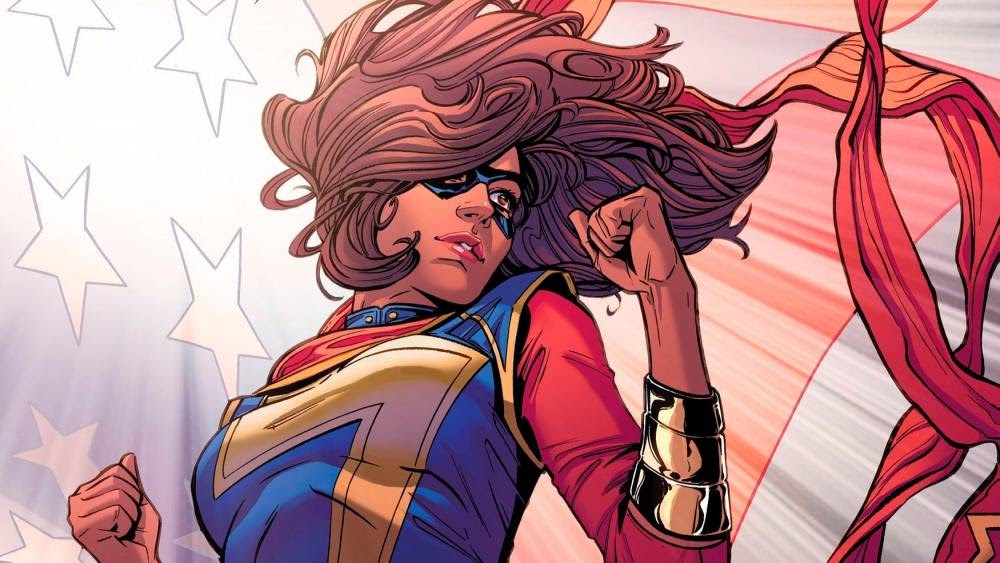 The Marvel Studios is widely known for its blockbuster movie franchises, including the Avengers and the X-Men. While the franchise has been highly acclaimed, the characters have never been a testimony to racial diversity. However, Marvel has recently been in the limelight once again for their new series, Ms. Marvel, which will be broadcast on Disney Plus in late 2021. The main character will be Marvel Studio’s first Muslim superhero.

Kamala Khan is a Pakistani-American teenager living in New Jersey. The character’s series will be a major breakthrough for the Marvel Cinematic Universe and Hollywood alike, as it has the potential to challenge Islamophobic stereotypes and promote acceptance on a global scale. The character is not a CIA or FBI agent but is instead a regular middle-class urban teenager saving the day much like our “friendly neighborhood” Spider-Man, Peter Parker. While her religion is a part of her identity, it is neither a burden nor the deciding factor of her actions. Ms. Marvel is simply a teenager who has to learn how to strike a balance between her superpowers and her regular life.

In 2014, Kamala Khan made history in the comics by being the first Muslim Marvel character to headline her own title. The character has already been introduced in an animated series and on Marvel’s mobile game, Future Fight. The comic book by G. Willow Wilson focused on the Muslim American diaspora as the Muslim teenager went on her superhero adventures within the larger Marvel universe. The title went on to win a Hugo Award in 2015, and the character continues to have a strong presence in Marvel comics today. The teen superhero is set to join Captain Marvel, Marvel’s first female superhero, with a self-titled movie.

The web series breaks away from Hollywood’s stereotypical portrayal of Muslims as villains. Rarely have Muslims been lead protagonists in Hollywood films, and when they do land a role, they are typically antagonists. If a Muslim actor does appear, the person is normally portrayed as possessing an angry demeanor, heavy accent, large beard, long loose clothing, and the cap and ultra-conservative stance. The representation of female Muslims is scantier still, portraying them as belly dancers, frightened women in a burka, or a “conspiring terrorist”. After 9/11, their portrayal as terrorists has increased drastically. Additionally, Muslims are generally expected to be Arabs in their long loose outfits while swiftly ignoring their vast presence in South and South-East Asia and African nations.

While not in abundance, there have been moments in Hollywood where Muslims were better represented. Films that covered historical figures and events like Malcolm X (1992) and Ali (2001) represented its subjects' faith accurately, while Ridley Scott’s Kingdom of Heaven (2005) did an outstanding job showcasing Muslims as three-dimensional characters. In general, however, Muslim characters are not presented with Muslim audiences in mind.

In 2010, Pew Research expressed that over 50% of Muslims are born in the United States while around 80% speak English fluently, unlike Hollywood’s biased depiction. Similarly, other minority communities in America are typically presented in a false manner, be it the American Chinese, who are stereotyped to be nerdy scientists, the Italian and Russian mafias dealing in drugs, or the American Indians exclusively in STEM fields, and the Hispanic and Black teenagers, who gravitate to drugs and smoking. However, with more and more protests and an overwhelming number of audiences demanding realistic representation and portrayal in movies, the Hollywood scenario is changing. Marvel Studios is actively bringing in diversity by including characters with physical disabilities like Daredevil and even those from different racial and social backgrounds like Black Panther. While future steps must be taken, Ms. Marvel is a testimony to the increasing diversity in Hollywood and has been a cause of excitement for audiences in the United States and abroad alike.