Shattering Stereotypes and Sending Messages at the Olympics

Now is the perfect opportunity to reflect on how the Olympics have been used as a stage for breaking stereotypes and global activism throughout the decades.

Varshini Sathiyaseelan
and
September 12, 2021
in
Sports
Courtesy of The Bridge Chronicle 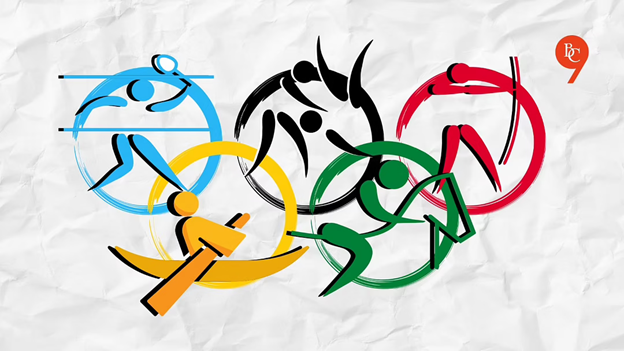 Despite concerns in Tokyo pertaining to the spike in COVID-19 infections, the IOC and Japanese government pressed ahead with 2020 Olympics this year after it was delayed last summer – albeit in a very different manner from usual. Now is the perfect opportunity to reflect on how the Olympics have been used as a stage for breaking stereotypes and global activism throughout the decades. It includes addressing issues pertaining to gender, race and the environment.

When women made their Olympic debut at the Paris Games in 1900, only 22 out of 997 athletes were women, competing across only five sports. Following that, women disappeared from the games for a while until the International Olympic Committee (IOC) officially voted to allow women to compete in 1924, though Turkey, Japan, France, and the United States voted against the motion. Still, women did not make up more than a tenth of all participants until 1952 but they weren’t allowed to compete in every sport until 2012. Despite the progress, female athletes persevered in their fight for equal footing at the games.

It has come to fruition finally with the Tokyo Olympics 2020 breaking the record for gender equity, consisting of an almost equal ratio of male to female athletes, at 51% and 49% respectively. The IOC added 18 new events to the Tokyo Games this year in a push toward gender equity. There are an equal number of women and men for every sport, excluding baseball and softball due to differing roster sizes. Additionally, individual countries have hit historic numbers of women competing in the games. Many countries including the US, Australia, the UK, Canada, and China have displayed team lineups that held more women than men. China has taken the lead with women making up 69% of its 433-person team and the UK has also sent more women than men to the Olympics for the first time in history. The IOC is also making internal efforts to improve representation at the organization where women make up 33.3% of the executive board and 37.5% of IOC members.

Since the 1930s, sports commentators have described Black women in racist terms, even referring to them as "dancing monkeys" at one point. In the 1950s and 1960s, renowned Black sprinter Wilma Rudolph was called the "Black Gazelle," emphasizing race over athleticism. Despite enduring all of this, Black Olympians have continued to accomplish incredible athletic feats. Just as racist policies are intrinsic to the Olympics, so is the history of activism and protest. In 1968, for example, Tommie Smith and John Carlos raised their fists to protest racism in the United States, also while the national anthem played in the background.  The black socks and lack of shoes represented Black-American poverty, while the fists symbolized Black-American strength and unity. Afterwards, they were expelled from the Games and both received death threats. However, the fight was not abandoned. Through a strong combination of protest and victory, Black athletes like Wilma Rudolph, Serena Williams, Simone Biles and the Olympians who've been slighted by seemingly arbitrary policies, have encouraged the diversification of the Olympics.

As the adverse consequences of climate change draw near, Tokyo 2020 emerges as the ‘greenest ever’ Olympics, powered by renewable energy and using recycled materials for medals - over 40,000 tonnes of tech waste and 5 million old mobile phones were recycled into the gold, silver and bronze awards. The Olympic flame itself had been fuelled by hydrogen since it began its relay around Japan in March. Even as it burned in the Olympic cauldron, the hydrogen-powered flame did not produce carbon dioxide. Athletes and officials were transported around in 500 Mirai hydrogen fuel cell vehicles and 100 fuel cell buses. With extensive reach and visibility, the Olympic Games this year served as a wonderful opportunity to demonstrate technologies that can be adopted and followed to help tackle climate change.

While the Olympics has achieved a great feat in shattering stereotypes and sending messages to the world, it is immensely crucial to acknowledge the compromises that have been made along the way. In the recent Olympics itself, some gender equality gains have come at the expense of men’s participation. In addition to a men’s weightlifting team being dropped to make the sport equal, the women’s rowing coxless four is returning for the first time since 1992, replacing the men’s lightweight coxless four. Rifle underwent the most changes, with the sport losing several categories including men’s prone rifle, men’s free pistol, and men’s double trap, to be replaced by mixed-team events in air rifle, air pistol, and trap.

This does not mean that the Olympics are taking a turn for the worse or a win-lose approach to achieve its goals. It is simply a work in progress that has been shaped significantly by the shift in dynamics of the root issues that have been systematically present through history.