Williams, as a black woman in sports, has had to deal with double the obstacles. The intersectionality of race and gender is perfectly displayed by the negativity the 21-time Grand Slam champion has faced. 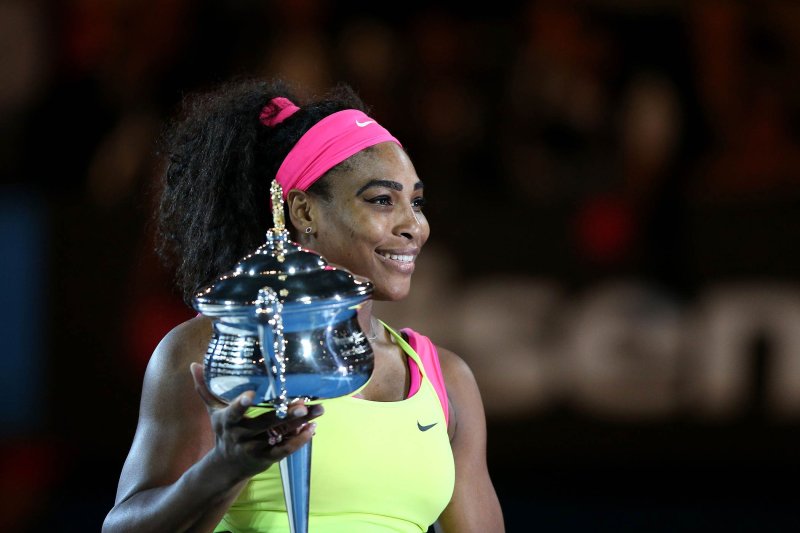 It doesn’t take much more than scrolling through the comments on her Instagram or even a quick glance through articles written by acclaimed New York Times writers to see that tennis star Serena Williams' very successful career has been plagued with body shaming, sexism, and racism. Recently named the 2015 Sports Illustrated Sportsperson of the Year, Williams graced the cover of the magazine and accepted her award on December 15th. This comes after an amazing year for Williams, dominating the women’s tennis scene and winning the Australian Open, French Open, and Wimbledon. Her career triumphs are enviable on every level, yet it is clear that for her critics, her achievements stand second to her appearance.

Williams, as a black woman in sports, has had to deal with double the obstacles. The intersectionality of race and gender is perfectly displayed by the negativity the 21-time Grand Slam champion has faced.

Williams and her sister, Venus, have not escaped the misogyny present in sports, often on the receiving end of sexist comments and doubters. She briefly shared, “When I first started playing tennis, women weren’t really encouraged to play sports, let alone excel in sports, so my hope [is that] by winning this award [I] can inspire many, many, many more women — in less than 30 years, of course — to stand right here on this podium and accept another Sportsperson of the Year.”

Williams, as a female athlete, has also experienced crude body shaming. Her impressive physique has been deemed by many as too masculine and “not what a woman should look like.” There’s no shortage of nasty comments on her social media pages; commenters make absurd speculations, asking if she has undergone hormone therapy or is secretly a man. Williams has reacted positively to the haters. Right before entering the US Open, the peak of the criticism and body shaming, Williams did an interview with Robin Roberts for Good Morning America. During this interview the topic of body shaming was brought up and Williams had the perfect answer ready: She stated, “Yeah, it’s me and I love me. I’ve learned to love me and I’ve been like this my whole life and I embrace me. I love how I look. I love that I am a full woman. I’m strong and I’m powerful and I’m beautiful at the same time and there’s nothing wrong with that… I don’t have time to be brought down; I have too many things to do. I have Grand Slams to win, I have people to inspire.”

Even if Williams has taken it lightly, there is still a larger problem that is driving these unnecessary words. These observations often have racial slurs attached, bringing up the important point of intersectionality. As a prominent tennis player, Williams has been compared primarily to the thin, white physique that has come to be associated with the sport. By comparing Williams’ body to those of players like Maria Sharapova, a much sharper contrast is created.

Her race also affected her primarily in the early years of her career. Disparaging comments regarding the sisters’ participation in their first major tournament back in 1998 were tied heavily to race and their choice to wear their hair in braids. Both Serena and Venus have noted that they started as underdogs, being black in a predominantly white sport and coming from a less privileged background that made tennis, an expensive sport by nature, a harder hobby to maintain.

Overcoming the daily obstacles of sexism and racism has shaped Williams as an athlete and spokesperson. In her speech, Williams remarked, “I didn’t grow up with things handed to me. I had to work hard, I had to dedicate myself, and I had to be determined.”