The Black Widow, one of the original six Avengers, first appeared in the MCU’s 2010 movie 'Iron Man 2'.

Aindree Chatterjee
and
September 12, 2021
in
Representation
Courtesy of IndieWire 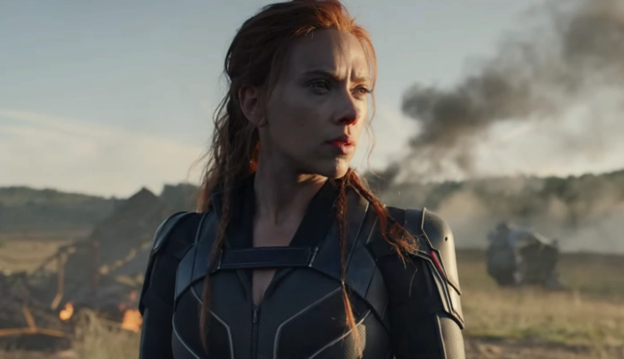 Natasha Romanoff- the civilian name of Marvel’s Black Widow, one of the original six Avengers- first appeared in the MCU’s 2010 movie, Iron Man 2.

The Russian agent turned U.S. spy, portrayed by Scarlett Johansson, first meets Tony Stark, Iron Man, at a boxing ring, after he finishes a practice round with his security detail and close friend Happy Hogan. Initially, Hogan attempts to verbally elevate his own ability in front of her, saying he could teach her a few moves in the ring. However, Romanoff quickly and brutally defeats him with little to no effort, making for a comedic introduction of the character.

When Tony Stark asks his girlfriend/assistant Pepper Potts, played by Gwyneth Paltrow, about Romanoff’s background, she turns to the web and ends up finding many sexualized photos of Romanoff online, telling Tony that she could be “a very expensive potential lawsuit”.

This line has since been heavily criticized by Marvel Studios’ Executive VP Victoria Alonso, who has felt that it promoted objectification of Romanoff, rather than regarding her admirable talent as a (fictional) government agent, and her unparalleled skills as a fighter.

"...At one point [Tony Stark] calls her a ‘piece of meat’, and maybe at that time that actually felt like a compliment," recounted Scarlett Johansson, reflecting on her MCU introduction in a recent interview. "[Now,] I'm more accepting of myself, I think. All of that is related to that move away from the kind of hyper-sexualisation of this character," remarked the actress.

For years, Marvel has produced solo movies with only male superheroes as protagonists- be it Captain America, Thor, or Iron Man, to name a few.

However, it was not until 2017 that MCU had even its first female supervillain, Hela, played by Cate Blanchett in Thor: Ragnarok. A couple of years later, Brie Larson was cast as Captain Marvel, the first female solo lead in an MCU movie.

Around 11 years after her first appearance, the Black Widow, one of the original six Avengers, has finally gotten her solo movie.

Over the years, Johansson has contributed vastly to the creative development of Black Widow, helping build the evolution of Natasha Romanoff and continuously moving towards a more holistic portrayal of the superhero.

Released on July 9th, Black Widow is the first MCU movie directed by a solo female director, Cate Shortland. Black Widow is not an origin movie, but nonetheless provides crucial screen time to elaborate on the superhero’s independent adventures taking place between Captain America: Civil War and Avengers: Infinity War on the MCU timeline. The movie is an action-packed superhero-spy thriller, that doesn’t reduce Romanoff to just an accomplice, a love interest, or a “piece of meat”. It gave Marvel a chance to definitively flesh out the character, as many had been waiting for since Iron Man 2 first came out.

Eleven years after Romanoff’s first debut, we see a movie in which this iconic character is no longer pushed to the side. The movie has Johansson herself in the position of executive producer, working to avoid any undesirable pitfalls that could dishonor the legacy of this character.

While the majority of the original Avengers each got a solo movie before the first Avengers came out in 2012, for years Black Widow was always portrayed as no more than a sidekick, throwing away critical opportunities for empowering Marvel’s diverse global audience with a beloved female hero.

This year’s Black Widow is not just a testimony to the brilliant contribution of Natasha Romanoff, and Scarlett Johansson, to the MCU, but it is a movie which goes far in showing little girls and boys worldwide that anyone can save the world.