Joanne Wang
and
December 25, 2020
in
Women's Rights
Courtesy of Carbuzz 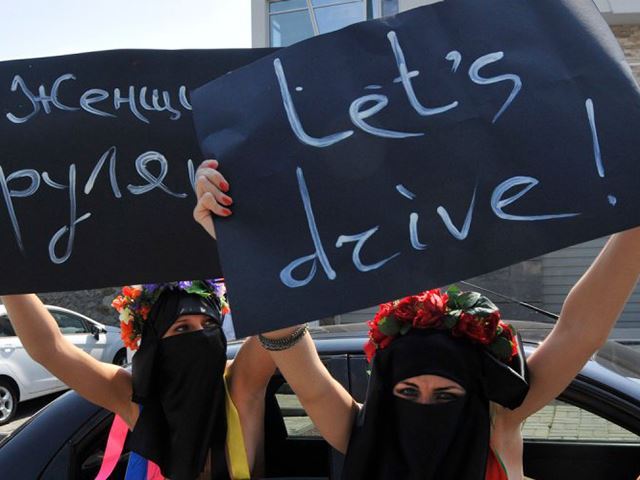 I truly can think of no other way to put it. No matter how you label yourself, whether you’re male, female, gender-neutral, black, white, Asian, Hispanic, I can’t conjure up a better adjective to describe you. If you genuinely think the world doesn’t need more feminists advocating for a change, you’re not paying attention. If you think women aren’t surrounded by a rape culture that convinces the victim they asked for it, you’re oblivious. But if you try to deny the egregious crimes against women in developing countries, I have no words for you.

You’re selfish because you’re content with living in a culture that at least puts men and women on adjacent levels in terms of privilege, but you don’t think about women in other countries. You don’t think about the stories of oppression and violence and rape that constantly appear in the news because, as a country, we so swiftly dismiss them because it doesn’t directly affect us.

Developing countries and America exist on two completely different levels. If not about the rape culture and pay gap in America, you should at least be educated about the crimes against women in other countries. You can try to ignore the inequalities that exist between men and women in America, but not even the most oblivious of them all can deny the abuse and oppression against women internationally.

Iraq. Guatemala. Sudan. Afghanistan. Saudi Arabia. I dare you to research the inequalities that exist between men and women. I dare you to research the difference in literacy rate, the number of girls who are forced into marriages before the age of 16, the percentage of the female population who are sexually abused. To give you a hint, the CIA states that in Afghanistan in 2015, the literacy rate was 52% for males but only 24.2% for females. Then tell me you don’t think feminism is important.

Some argue that feminism is useless in foreign countries because the lives of women thousands of miles away can’t possibly be affected by the small actions we take in America or because somehow feminism is only for privileged countries that have the time to fight for rights for women. But I want to ask them this: Is this the mentality Americans had when females fought from being the maid of the house to being businesswomen, scientists, and leaders? Because America is privileged, can we leave the rest of the world behind? To me, feminism is equality for every race of women, not just women of a certain color living in a certain country. These excuses are simply not valid arguments as to why Americans should belittle feminism and refrain from helping women in other countries.

As for the excuse that the feminist movement is only appreciated by women in developed countries, let’s talk about Saudi Arabia. In 2011, they gained the right to vote. In 2013, 130,000 women exercised that right and at least 19 were elected to local municipal seats in the election. In 2017, fighting through shunnings from friends and suspensions from the government, Saudi Arabian women have achieved what they failed to do in their 1990 protest against the ban: They gained the right to drive. When the news of it popped up, I was utterly shocked. It seems like such a simple, basic right. A place where women can’t even drive? The closest America has gotten to that in recent years is the stereotype claiming women are bad drivers.

Women in America gained the right to vote about 90 years before women in Saudi Arabia were able to. From there, we were able to begin our fight towards complete equality. With all my heart, I hope Saudi Arabia, despite its reputation for being one of the most gender unequal countries, continues making these small steps forward.

Be aware, be active, be anything but complacent with the position women are in. Donate, volunteer, make the issue more prevalent in our society, do anything but refuse the title of “feminist” because you don’t think it’s important. Women for Women (http://www.womenforwomen.org), MADRE (https://www.madre.org), UNICEF (https://www.unicef.org/gender) are great places to start. Total equality is the only finish line.

I believe changes can be made. Call me delusional, but because I believe it, I will help bring about a change.

What will you do?