A true superhero, both on and off the screen 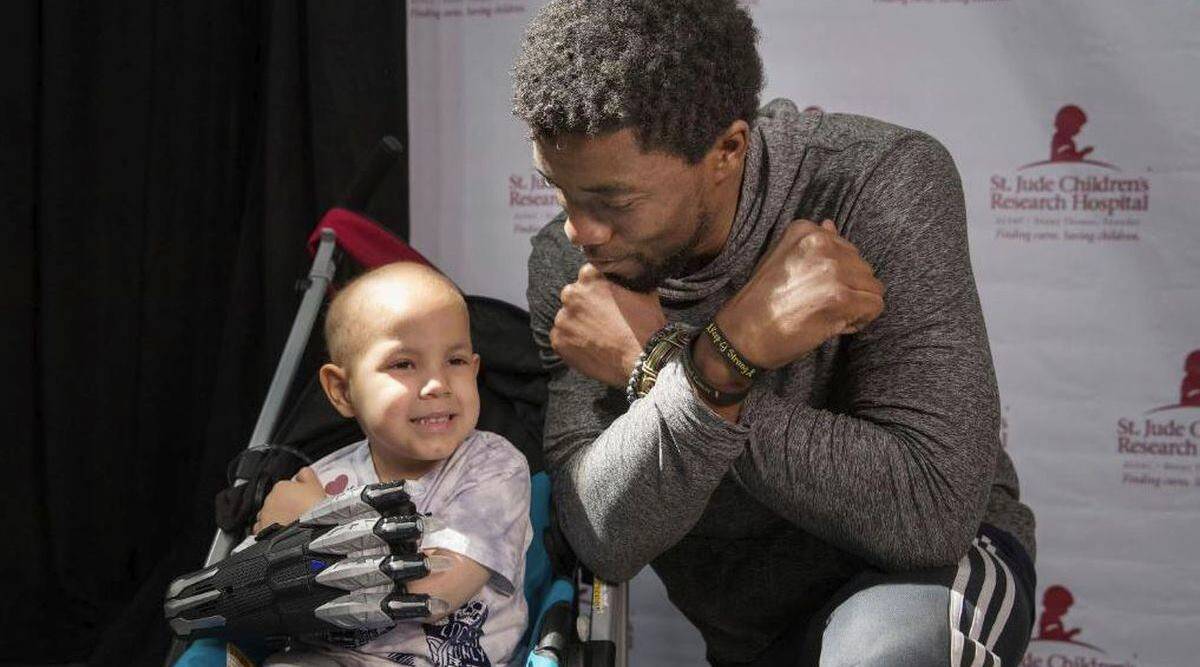 An icon. An artistic virtuoso. A kind and gentle soul. These are all phrases that have been used to describe the late Chadwick Boseman, most famed for his role in Marvel’s Black Panther. On August 28th, at the young age of 43, Boseman sadly passed away from stage IV colon cancer, which he had valiantly fought for the past four years.

His Legacy Lives On

Boseman wasn’t just a superhero in his movies; off screen, to so many Black and minority children, he was a true inspiration. He is a testament that heroes don’t just come in one color. After his health conditions were brought to light after his death, he is a source of motivation and resilience to so many who fight battles of their own. Despite battling cancer, Boseman brought his audiences masterfully crafted productions, like Da 5 Bloods and Marshall.

The “destabilizing loss of Chadwick Boseman”, as The Atlantic termed it, seems to have changed the orbit of the pop culture world. Thousands of individuals from inside and outside of the film world have taken to social media or other manners of public display to show their gratitude. Many are thanking the actor for his contributions to the “small village” of Black Hollywood, as filmmaker Ava DuVernay wrote on Twitter. Actor Denzel Washington also commented on the 42 actor’s  “iconic performances” that added a new flavor and perspective to the formerly-monochrome Marvel franchise.

In 2019, Washington recounted the time when he discreetly paid for Chadwick Boseman’s education at Oxford University’s British American Drama Academy. Boseman reacted to this story by saying “Imagine receiving the letter that your tuition for that summer was paid for and that your benefactor was none other than the dopest actor on the planet.” His incredible humility is evident here.

The Black Panther had existed as a comic far before its film adaptation. Stan Lee and his team campaigned for increased diversity in the comic book industry in the mid-to-late 1900s. Michael Uslan, producer of the Batman films, said that the film was intended to be a refreshing take on the superhero trope, and he was incredibly proud of Boseman and his co-stars for their astounding performances.

“We need more diversity in this genre of films and comics,” Uslan said. “Audiences want, and more importantly, need superheroes and role models from around the world - all of the continents!”. Uslan commented that bringing in cultures and perspectives from around the world, each with their own story and universe, is key to widening our worldview.

Though Stan Lee and Michael Uslan orchestrated the creation of the film, it was Chadwick Boseman as King T'Challa who brought the series to life on the screen; it became difficult to think of the Black Panther without bringing to mind Boseman’s even-tempered, morally-wise performance. He gave the Black and BIPOC community a voice, and amplified traditional African culture past the stereotypes. Wakanda was a technologically-advanced but heavily-guarded kingdom, mirroring the nature of Africa itself: a land of undiscovered greatness. He even fought for Black Panther's accent to be apart of the film, proof of his endless grace and courage. He helped so many African-Americans understand their heritage and culture in a deeper way.

A quote featured by Al Jazeera on Twitter reads “It kind of hurt a different way. This was the first Black superhero.” Boseman was the first superhero that Black children could identify with and relate to. Many fans are still reeling from the shock of his sudden passing. Boseman’s career was absolutely soaring and he was cementing his name in Hollywood. And then, a second later, he’s gone.

His Compassion was Nonpareil

The Da 5 Bloods star had hidden his colon cancer until the day of his death, a secret that surely weighed heavily on his heart. But this doesn’t mean he shut himself out to the world. Boseman was known for his large heart, charisma, and radiating happiness. Marvel Studios president and Chief Compliance Officer Kevin Feige called Boseman's death "absolutely devastating", and wrote that "Each time he stepped on set, he radiated charisma and joy, and each time he appeared on screen, he created something truly indelible [...] Now he takes his place [as] an icon for the ages". He was truly a superhero - both in his movies and in real life.

The entire time he was receiving chemotherapy, Boseman was visiting children's hospitals and paying visits to children with cancer and their families. He once broke down at a Black Panther press conference when discussing his hospital visits. His empathy translated on screen, as each of his performances radiated emotional depth and complexity.

Rest in Power, Chadwick Boseman. You will be missed, but will never be forgotten. Your unparalleled legacy lives on. Wakanda forever!