Ziqing Kuang
and
April 16, 2021
in
Politics
Courtesy of LA Times 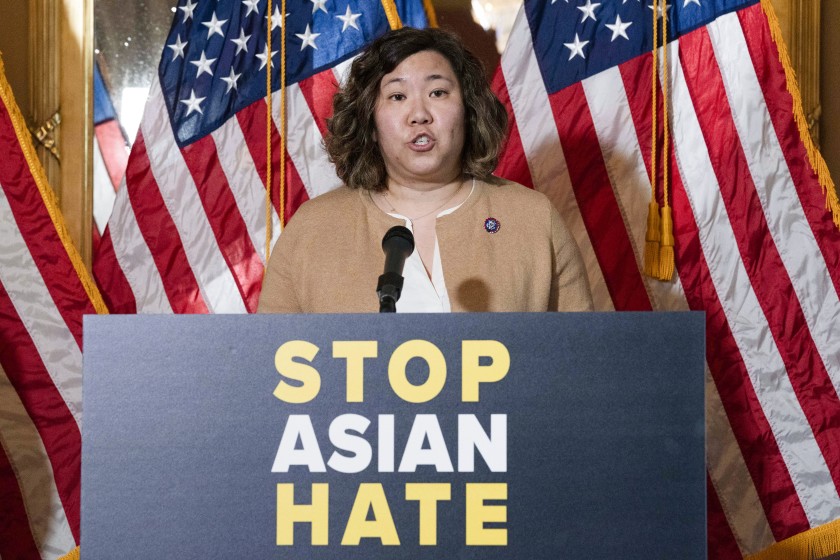 Democratic Representative Grace Meng of New York recently reintroduced a bill to address the rise in anti-Asian hate crimes. Over the past year, harassment and attacks against Asian Americans have skyrocketed due to the last administration’s xenophobic rhetoric. In 2020, hate crimes against Asian people have increased 149 percent. 27 percent of Asian Americans reported experiencing physical and verbal abuse due to their ethnicity, according to NBC news. These attacks have stoked fear and anxiety for Asian Americans across the country, with families worrying for their loved ones every time they go out in public. Videos of said attacks have gained widespread attention on social media, catching the eye of both celebrities and mainstream media.

US Representative Grace Meng and US Senator Mazie K. Hirono recently announced their plan to reintroduce the COVID-19 Hate Crimes Act, which works to condemn the ongoing hate and violence towards Asian Americans. This bill would aim to create a more reliable and consistent online reporting of hate crimes and mitigate racially discriminatory language used to describe the pandemic. This is what Congresswoman Meng had to say regarding the bill and current violence: “The ongoing anti-Asian hate crimes and incidents, especially against our elderly Asian Americans, is absolutely horrific. I am honored to introduce the COVID-19 Hate Crimes Act with Senator Hirono to address this disgusting pattern of hate.”

She went on to address the former president’s hurtful and bigoted rhetoric surrounding the virus, “To combat those acts, we need DOJ to prioritize addressing these heinous acts by designating a point person for these COVID-19 hate crimes; make it easier for victims to report crimes committed against them; and expand public education campaigns to address COVID-19 hate crimes and incidents.”

Senator Hirono also said that the act will address the increased rates of violence against AAPI communities by appointing an official at the Department of Justice to review hate crimes reported. She says the bill will also work to provide resources to communities that have been affected by such hate crimes.

The Biden administration has shown support for Rep. Meng’s bill and is currently pushing initiatives to investigate anti-Asian bias and hate crimes. Recently, they announced a plan of action outlining the state and local law enforcement’s role in handling hate crimes. They are working to strengthen public education about hate crimes and increasing hate crime information accessibility.

Asian American communities have banded together to cope with this wave of racism and violence. Protesters and activists are continuing to walk the streets and demand justice for those who have lost their lives in this fight against racism. These groups are calling for stronger enforcement of hate crime laws and the dismantlement of the systems that allowed racist violence to occur. To show support for the AAPI community, you can educate yourself using these anti-Asian violence resources or simply reaching out to family members or friends of the AAPI community and showing your support and love for them.