Alana Esposito
and
September 29, 2019
in
Representation
Courtesy of NPR 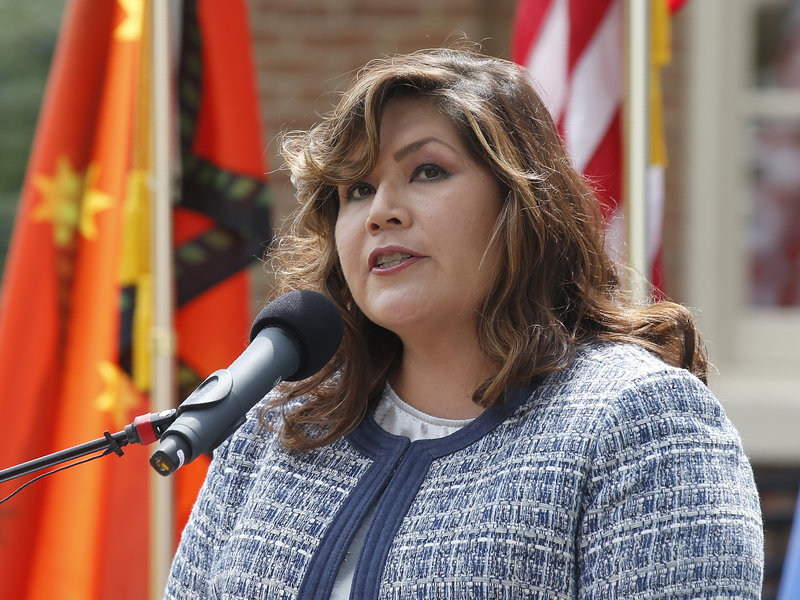 It’s uncertain if Teehee will be a voting member of Congress or have a position that includes introducing and debating bills on the floor and voting in their assigned committees, similar to those who represent Washington DC, Puerto Rico, Guam, American Samoa, US Virgin Islands, and the Northern Mariana Islands. However, her confirmation would be a landmark for Native Americans. Kimberly Teehee would become the third Native American woman in Congress, an accomplishment made especially important by the recent attacks on Native American voting rights across the United States. Just this past midterm election, Voter ID laws in North Dakota impaired Native American citizens from casting a ballot. While Voter ID laws have been shown to decrease voter turnout, they directed prevented Native Americans from casting a ballot due to the requirement for an address. Many Native American reservations don’t have addresses and a lack of accessibility prevented them from becoming properly registered. This blatant attack on Native Americans, and the restrictions placed on their rights as American Citizens, echoed the same disregard that initiated decades worth of discrimination, discrimination that has plagued American History for far too long.

Teehee will have the opportunity to become an instrumental voice for Native American issues. She will be able to directly advocate for better measures to protect Native American women from high rates of violence, to decrease the Native American youth suicide rate, and to address the disturbingly high rates of poverty faced in many Native communities. She will be able to introduce legislation that directly tackles these issues and given her deep involvement in the Cherokee Nation, she is one of the most informed people to talk about such issues. A lack of coverage and accountability on the issues plaguing Native Americans have lead to many problems threatening the existence of their communities as we know them.

While Kimberly Teehee’s appointment by the Council of the Cherokee Nation is still awaiting approval in Congress, her effect on the coming legislative sessions will be one to watch. Equal Native American representation has taken too long to achieve, but it is never too late for change to be made. Teehee will be an important instrument in creating the change Native Americans want to see in their communities.

Africans Are China’s Scapegoat as the Country Attempts to Reopen