Reopening Schools is a Lose-Lose Situation

Reopening schools. To some, it is a possible jumpstart to economic growth. But to many, it is seen as a widely controversial topic as the new school year approaches. 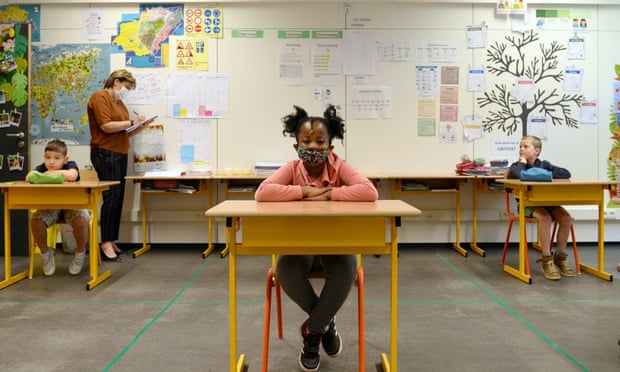 Reopening schools. To some, it is a possible jumpstart to economic growth. But to many, it is seen as a widely controversial topic as the new school year approaches.

According to Slate, teachers generally feel very unsure about the future, but many agree that opening back up spells danger for themselves and their students. For example, if schools were to open their campuses again, districts may not provide teachers with sufficient personal protective equipment (PPE), increasing the likelihood of disease transmission. Besides, some schools don’t have hand sanitizer, soap, or even sinks, adding to the risk of spreading the virus.

I am fortunate enough to live in a community where safety from the virus is a priority. However, if my school reopens, I know for a fact that there will be students who choose not to follow safety protocols. They may believe that the threat of COVID-19 is over (which it is not), or they may just want to hug their friends again (which is understandable but reckless). Regardless of the reason, it is impossible to know how many students across the country will actually follow safety protocols if implemented, making the prospect of reopening schools a dangerous one.

However, even though reopening schools may not seem like a good idea, keeping them closed also puts people at a disadvantage. According to the New York Times, prolonged distance learning will most likely cause students to fall behind academically. Depending on their situation, a student could lose anywhere from six months to a year of education. Some students also rely on schools for social services such as counseling and food, and keeping campuses closed could deprive them of these services.

In the midst of this debate, people are confused as to why the country is relying on teachers to jumpstart the economy. According to freelance writer Jeff Bryant, it does not seem fair for politicians to have this view, especially because they have spent the past few years ignoring teachers’ demands and implementing systems that hurt the profession’s economic stability. For example, state governors across party lines cut school budgets before reopening schools was even an option.

For both sides of the debate, students and teachers receive the short end of the stick whether it be through facilitated disease transmission or or lower-quality academics. If the government wants to see schools reopened, they should listen to teachers and help them succeed. Teachers play a pivotal role in the growth and development of their students, and asking them to play the same role for a country that has repeatedly hurt them is too much to ask.