Rep. Elijah Cummings, a revered politician and passionate fighter for the rights of the underprivileged and ignored, passed away on October 17th. 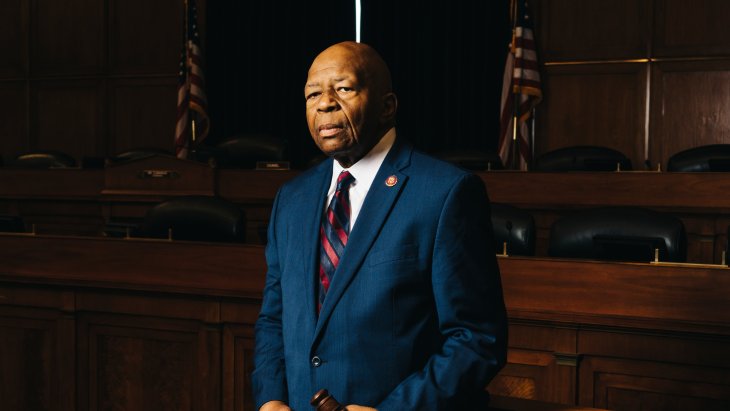 Rep. Elijah Cummings, a revered politician who was a passionate fighter for the rights of the underprivileged and ignored throughout his career, sadly passed away on October 17th due to what his office called longstanding health challenges. He was 68 years old.

Born to a family of Southern sharecroppers and Baptist preachers, Cummings grew up in the racially divided Baltimore of the 1950s and 1960s. At the young age of 11, he helped to integrate a local swimming pool while being attacked with rocks and bottles. He graduated high school with honours before making his way to Howard University where he excelled as a political leader in the student government. He then received his law degree from the University of Maryland.

Cummings won a seat in the Maryland General Assembly after working as a lawyer for 19 years in Baltimore. In the Assembly, where he served from 1983 to 1996, he pushed for a ban on alcohol and tobacco adverts on inner-city billboards in Baltimore, which lead to the first prohibition of such in a large U.S. city. He became the first  African American to be named pro tempore in Maryland. He then ran for Maryland’s 7th Congressional District in a 1996 special election and won. He served as the representative for Maryland's 7th congressional district until his death.

Cummings captured national attention in 2015 on three occasions. He drew national attention in October 2015 during Hilary Clinton’s hearing by the House Select Committee on Benghazi into her handling of the attack in 2012 on U.S. government facilities in Benghazi, Libya. He delivered a condemnation on the committee’s investigation, in which he accused the Republicans of using taxpayer dollars to try to destroy Hilary Clinton’s presidential campaign. In April 2015, he gave a passionate speech at a black Baltimore resident’s funeral in which he asked lawmakers in the church to stand up to show that they would seek justice. He gained further recognition in the May 2015 riots in Baltimore where he carried a bullhorn in the streets and urged crowds to go home.

He became the oversight chairman in January after the Democrats gained control of the  House of Representatives in 2018 elections. As the Oversight Chairman, he challenged several officials of the Trump Administration. He was also a major player on theimpeachment enquiry into President Donald Trump that began in September.

In July, during a hearing on the issue of migrant detention, Rep. Cummings unleashed his fury on the Homeland Security Secretary Kevin McAleenan. The congressman said he was beginning to wonder whether Homeland Security had an “empathy deficit” toward migrant families and their children.

Cummings truly cared about people. Hours before he died, he signed two subpoenas for documents related to a temporary end to a policy change that allowed some immigrants with severe health issues to remain in the US.

His funeral was held on October 25th. Former Presidents Barack Obama and Bill Clinton and former Secretary of State Hillary Clinton gave eulogies that highlighted Cummings' humble beginnings, his dedication to public service, and his empathy with those in need.

He fought for what was right for the entirety of his life. He stood by his firm principles and always sought to make life better for people. His legacy will live on forever.