Yael Lenga
and
September 29, 2019
in
Tech
Courtesy of Bounding Into Comics 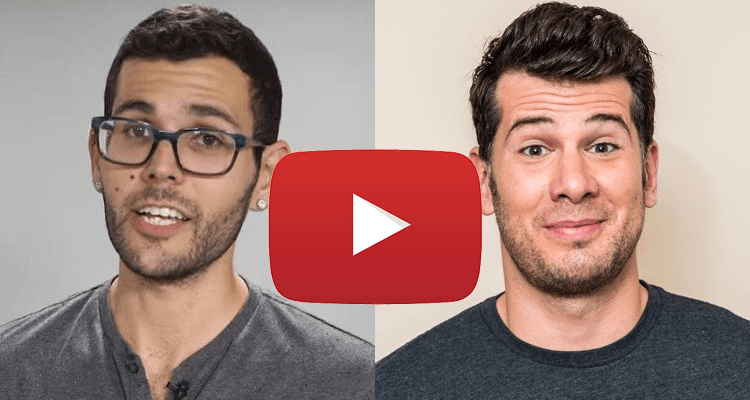 YouTube has once again come under fire for its lack of content regulation. Carlos Maza, an openly gay Vox writer and host of YouTube series Strikethrough, reported in late May the years of harassment he has experienced at the hands of conservative commentator Stephen Crowder. Maza tweeted a compilation of Crowder’s harassment, saying “Since I started working at Vox, Steven Crowder has been making video after video “debunking” Strikethrough. Every single video has included repeated, overt attacks on my sexual orientation and ethnicity.” These attacks include slurs such as “lispy sprite”, “angry little queer”, and “gay Mexican”, even though Maza is Cuban-American. In these clips, Crowder has also used a caricatured “gay” voice and pantomimed oral sex with his microphone. He is even wearing a shirt reading “Socialism is for F*gs”, which he sells as official merchandise.

Initially, YouTube’s response was that Crowder had not violated any policies. The official YouTube Twitter account posted: “As an open platform, it’s crucial for us to allow everyone–from creators to journalists to late-night TV hosts–to express their opinions w/in the scope of our policies. Opinions can be deeply offensive, but if they don’t violate our policies, they’ll remain on our site.” YouTube also cited that Crowder did not explicitly incite his audience to attack Maza, despite a version of his shirt reading “Carlos Maza is a F*g” appearing in a different online store. As Crowder’s channel and content focuses mainly on debating and debunking Maza’s opinions, YouTube categorized his videos as analytical, rather than instances of racism and homophobia.

However, YouTube’s policies clearly forbids hate speech, defined as “content promoting violence or hatred” against people or groups related to sexuality or race, along with “behavior intended to maliciously harass, threaten, or bully others” such as content posted to humiliate or “make hurtful and negative personal comments/videos about another person.” These instances of harassment are clear violations of the above policies, and after continued controversy, CEO Susan Wojicki apologized to the LGBTQ community for the lack of action taken. Crowder’s channel will also be demonetized.

This is far from the first time YouTube has been exposed for inadequately protecting its LGBTQ creators. Previously, YouTube has received criticism for demonetizing and placing age-restrictions on harmless videos made by gay and transgender creators. Homophobic ads have also popped up before videos with LGBTQ content. The algorithms have since been edited to ensure similar incidents do not occur again.

This controversy is only part of an ongoing debate surrounding content regulation on social media platforms. Recently, YouTube has taken steps to ban white supremacist content from its platforms, as have other social media sites like Facebook and Twitter. Many claim this increase in regulation is biased against conservatives and is censoring their free speech. Moreover, YouTube uses algorithms and user reporting to sift through the vast amount of

Content regulation not only affects users and influencers — but the platform as well. While private companies are allowed to restrict and ban content as they choose, YouTube actually profits from the increased engagement inflammatory content encourages. Still, profit aside, at their core, social media platforms are intended to allow a diverse array of voices to be heard, and try their best to be neutral in political bias. As Wojicki says, “context really, really matters” when creating policies and algorithms. In this case, YouTube determined Crowder’s purpose was to debate Maza and Vox on political issues, and allowed his videos to remain visible. It is crucial to consider the complexity of this issue in creating new regulations for social media platforms. Increased restriction of conservative content may result in calls to ban more liberal content in tandem. Policing free speech on social media is always a slippery slope. Content is posted on YouTube without the knowledge or approval of the company itself. Just as libraries should have a variety of sources and perspectives, so should YouTube. If LGBTQ creators are allowed to have a voice and an audience, conservatives must be as well to maintain neutrality on YouTube.

Regardless, explicit and prolonged harassment of individuals should not be tolerated. This pattern of homophobic and racist slurs reveals malicious intent beyond engaging in debate. YouTube has a duty to reduce cyberbulling and online harassment as much as it can. However, beyond demonetizing Crowder’s channel, more punitive action may result in political backlash and potentially jeopardize the platform’s neutrality.