Recognition Doesn’t Pay the Bills: How Praising People as Heroes Might Just Hurt Them

Rohin Mishra
and
May 26, 2020
in
COVID-19
Esperanza Camargo poses for a portrait in her gloves and mask. (Photo/William Camargo/Voice of OC) 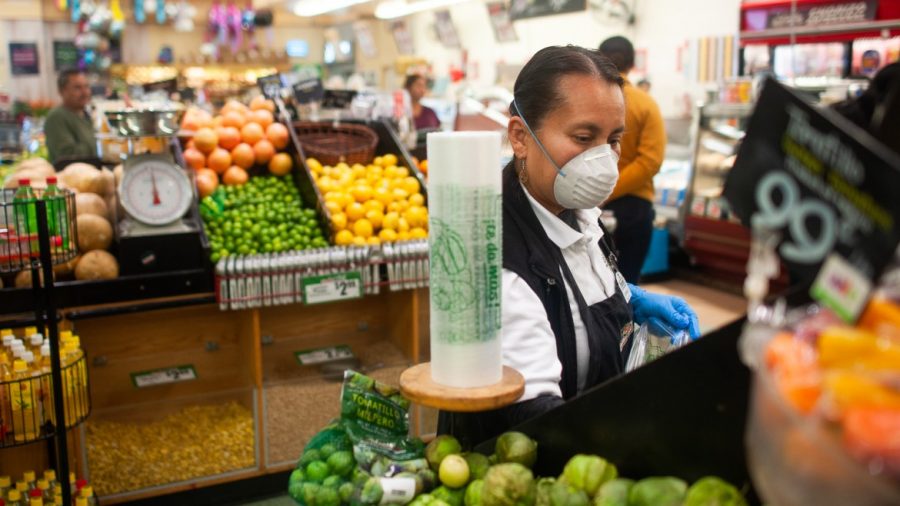 It’s a tale as old as time itself. In times of crisis, society recognizes and applauds those brave enough to step up to the plate in order to ensure civilization can continue. Whether it be our soldiers, first responders, and now our service workers, we have lauded them for their courage in times of need. But is it really enough? Why is it that some of our ‘heroes’ of 9/11, the first-responders, needed Jon Stewart to deliver a beautiful and passionate testimony eighteen years after those attacks on the World Trade Center to receive the medical treatment that they deserved as ‘heroes’ to battle cancer? Why do over sixty thousand of our veterans, who have fought and sacrificed for this country, remain homeless, as some sort of thanks for their sacrifices? And now, this issue is more prevalent than ever. This trope of recognizing those sacrificing themselves by calling them heroes, and doing nothing more, is overdone and almost valueless. The reality is that our grocery store workers aren’t working during the coronavirus pandemic because they need recognition; it’s because they need to pay the bills. It is a sad but clear reflection on how society’s most essential workers are not treated like the heroes that many say they are, but rather wage slaves acting to make ends meet.

One would assume that these essential workers running society through a crisis are at least given the proper equipment to deal with a health pandemic. Not quite. A former Amazon worker, Chris Smalls, realized that asking for personal protective equipment and staging a strike when demands were not met, was asking to be fired by Amazon. In fact, this same Amazon fulfillment center in Staten Island, New York has had at least fourteen positive tests for COVID-19. And as if this weren’t enough, it took Amazon multiple days to confirm that these cases were positive after testing. Many workers, like Chris, found out those around them had gotten sick by chatting with other coworkers. Smalls was fired on the charge that he was violating social distancing regulations, but he states that these regulations were not being enforced at all during March, and only slightly more in April. A leaked email by David Zopolsky, a member of Amazon’s General Counsel, seemingly corroborates Smalls’ story, and reads, “[Chris] is not smart, or articulate, and to the extent the press wants to focus on us versus him, we will be in a much stronger PR position than simply explaining for the umpteenth time how we’re trying to protect workers”.

While workers are simultaneously being told they are heroes yet treated like disposable garbage, the situation raises a much larger question about our society’s capacity to run as a whole: how much does a functioning society depend on its essential workers relative to the other echelons of employment?

Thankfully, conclusive answers can be found based on the effectiveness of strikes in the past. In December of 1981, New York garbage collectors, unsatisfied with their pay, insurance benefits, and working conditions, went on strike. The strike lasted a whole 17 days before New York had to call in a state of emergency and gave each worker the equivalent of a ninety-dollar per week raise, including benefits. We understand that these people are the backbones of our society, so what about other occupations? Well, Irish bankers shut down every bank in Ireland for six months in 1970. The incredible aftermath? Society in Ireland ran as it always had, and the bankers were forced back into the workforce with nothing but a loss of six months’ wages to show for it. Therein lies the cruel irony of wealth inequality. The pure hypocrisy in someone as inessential as a hedge fund manager, or an Amazon General Counsel member, telling our essential workers to work during a pandemic without the necessary supplies is a bleak, but candid, reflection of society.

And so we see and will continue to see, the praise of our healthcare and service workers thrown about endlessly, as long as those praising them understand that they don’t have to actually do anything to help. This is not to say that we shouldn’t praise our workers, but rather that we should remember and compensate for their dedication and sacrifice, not through cheap words, but through real action. This somber reality encompasses the self-fulfillment many may feel after a minimal donation to charity, which helps the donator more than the recipient; however, this time, it is the wealthiest, such as Walmart CEO Doug McMillon, paying recognition worth nothing to their employees while they have the power to show appreciation through legitimate action. As for our grocery workers, Amazon workers, and healthcare workers, homeless veterans, and cancer-ridden first-responders, it’s important to recognize the work they’ve done. But it is infinitely more important to recognize that the appreciation our society gives them does not pay their bills.