Race in the Time of COVID-19

COVID-19 is emphasizing the grave scope of environmental racism, a type of injustice that affects the health and well-being of minorities based on the area in which they reside. 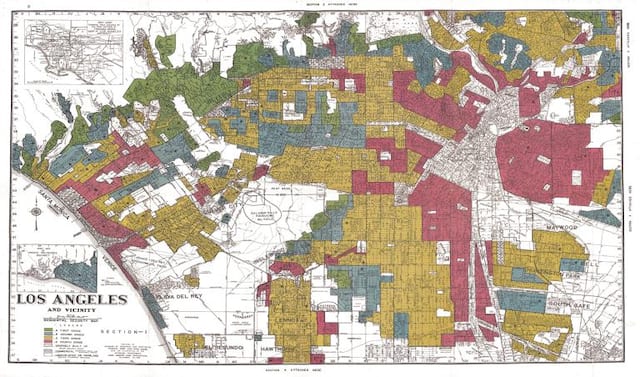 As the United States battles the biggest public health crisis of the 21st century, the socioeconomic divides within our society have become glaringly clear. If this grave situation has proven anything thus far, it is that the needs of working-class citizens go largely unrecognized and unaided, even as they tirelessly support our economy and way of life. Our grocery store clerks, postal service workers, gas station attendants, bus drivers, waste collectors, maintenance crews, and healthcare workers are on the frontlines of society, interacting with the general public and putting their lives at risk in order to provide for their families and keep our essential services open in times of crisis. Due to the United States’ long history of unequal wealth distribution, largely based on the premise of race, African-Americans and other minority workers compose a disproportionately high percentage of these essential workers. Though only constituting a mere 13% of the population, African-Americans hold 37.7% of jobs in these fields, compared to the 26.9% of white workers employed.

Despite their great sacrifice, many of these brave individuals are severely under-protected, putting their clients, their families, and their own health at risk, like black Detroit bus driver Jason Hangrove. After finishing his shift on March 21, Hangrove went on Facebook live to express his frustration about a woman on his bus who ignored public health recommendations to cover her mouth when coughing and sneezing in the midst of a global health crisis. He conveyed his disbelief at her lack of regard for the severity of the situation to his viewers and his fears that his own health might have been compromised while trying to fulfill his work duties. Four short days later, he began showing symptoms of COVID-19 and has tragically passed away since.

Unfortunately, Jason’s story is not an anomaly. Public transportation workers from around the country have vocalized their concerns about their possibility of contraction, which is significantly higher than other professions considering the close proximities in which they work.  In New York City alone, African-Americans make up 40% of public transit and 21% of postal workers, and despite initially being treated as “a great equalizer,” COVID-19 is disproportionately affecting them. Though myths of black immunity to COVID-19 have permeated social media, the fallout has truly been catastrophic amongst the group. According to Michigan Health and Human Services chief medical executive Dr. Joneigh Khaldun, black people make up 33% of all COVID-19 cases and 40% of the deaths within the state, despite comprising a mere 14% of the population. The underlying problem in this scenario is one that has typically been omitted from the mainstream discourse: racism.

The thing about racism that is generally overlooked is that it’s nuanced. It doesn’t always manifest itself in the most conspicuous forms, which makes discussion of its presence comprehensible only to the select few who have the historical context to understand it. COVID-19 is emphasizing the grave scope of environmental racism, a type of injustice that affects the health and well-being of minorities based on the area in which they reside.

With the establishment of the National Housing Act in 1934 and the Home Owners Loan Corporation (HOLC), a more federalized method of housing discrimination was born: redlining. Through HOLC, residential security maps were drafted, color coding specific sections of cities by the caliber of the neighborhoods, and designating who should and shouldn’t be given bank loans within them. With green outlined areas reserved for businessmen, blue for white-collar families, yellow for declining areas and working-class families, and red indicating an area with the poorest residents, the stark socioeconomic housing divides we see today were born. In these redlined areas, property values were low, allowing large companies to move their factories into these predominantly brown neighborhoods, polluting the air and soil surrounding these residents. These practices have grown increasingly fatal in black-populated urban areas, which typically have higher population densities and citizens at greater risk for air-borne disease spread. This generational vice has facilitated the growth of health conditions that make fighting the virus significantly harder.

In addition to these discriminatory housing practices and the environmental racism that African-Americans face because of it, another fatal hardship threatens the lives of these at-risk people: medical racism. For centuries, pseudoscientists and medical organizations within the United States have uplifted the myth that African-Americans have a higher pain tolerance than their fellow white citizens, leading to a medical system riddled with ignorance and disregard. Consequently, black citizens are less likely than their white peers to receive the same level of attention and care when in these life-threatening positions. This racial medical bias compacted with discriminatory housing practices and general poverty have made direly needed testing a scarcity in many black communities. As a result, many black doctors and nurses have been forced to take initiative and organize testing in churches, parking lots, and other public facilities so that those in need are able to receive adequate medical attention.

With rising awareness of these issues, some practitioners are using this as a clarion call to highlight the institutional disparities that threaten black lives. By advocating for the voiceless and blatantly condemning injustice when we see, our generation can enact the change we wish to see in our world.