It has been brought to many people’s attention that the process for suing government officials for misconduct and the abuse of power is incredibly difficult. 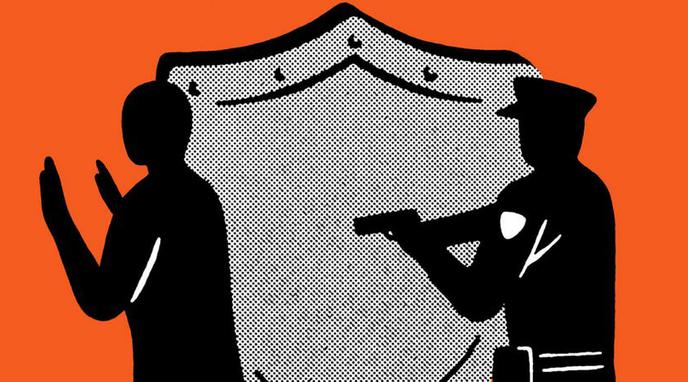 On May 25, 2020, unarmed African American man George Floyd was killed by officer Derek Chauvin, who knelt on his neck for 8 minutes and 46 seconds. Floyd, consequently, died from mechanical asphyxia. Chauvin has been charged with second-degree murder and the other three officers that accompanied him have also been charged with aiding and abetting second-degree murder. This is the right step in the direction of justice for George Floyd and his family.

In light of this event, it has been brought to many people’s attention that the process for suing government officials for misconduct and the abuse of power is incredibly difficult. The doctrine that prevents officials from being held accountable is called Qualified Immunity, created in 1967 by the U.S. Supreme court. Its goal was to ensure that police officers can do their job without having to worry about lawsuits or liability, unless their actions violated constitutional rights or what the Supreme Court defines as “clearly established” laws. Initially, qualified immunity was granted to officers who were thought to be acting in “good faith” in an ambiguous situation. However, it now can be granted to officers who have malicious intent, since the victim has to show that “excessive force” has been used to violate their rights.

The Supreme Court bases the decision to grant qualified immunity on two parts. Firstly, it has to be proven that the officer violated the constitutional rights of the victim. If this can be proved, the case is moved onto the second part. If not, qualified immunity is granted, preventing any accountability for the cop.

In the second part, the victim has to prove that the officer’s actions have violated a “clearly established law.” This is the part that gets tricky. The victim must prove that there has been a previous case provided within the “same context” and “particular conduct.” If the victim fails to prove this then the Officer will be granted qualified immunity.

In the case of West V., the city of Caldwell, police had raided the home of Shaniz West in search of a gang member. Shaniz had offered the police keys to her home, but instead of using the keys to enter, they decided to destroy her home with tear gas leaving it destroyed beyond recognition. It could easily be argued that Shaniz’s Fourth Amendment rights had been violated as her home had been subject to “unreasonable search and seizures.” However, the Supreme Court ruled that the defendants were eligible for qualified immunity because “assuming that their actions violated the plaintiff’s Fourth Amendment rights, those rights were not clearly established, at the appropriate level of specificity, in August 2014.”

We can see that the use of this doctrine holds government officials at a much lower standard to the law than other citizens. It presents a Catch 22 to the victim by implying that although they can sue an official for misconduct, they may not get justice unless they prove that the exact same case has occurred. This, in essence, makes their claims futile. Due to the ambiguous and impractical nature of what a “clearly established law” constitutes, serving justice becomes nearly impossible.

Qualified immunity is not only a problem because it excuses the abuse of power. Evidence from Reuters investigations shows that qualified immunity is now being used more and more to prevent officers from being liable to their actions. Between 2005-2007, Appellate Court cases favored Police Officers 44% of the time. However, between 2017-2019, the police were favored 57% of the time. During this time, there was also an increase in Police brutality crimes against civilians, suggesting how problematic the nature of qualified immunity truly is.

The broader implications of the message of qualified immunity needs to be considered. If you are an officer, you are essentially above the law. You are protected and shielded from the consequences of your actions. However, if you are a civilian, your rights can be curtailed. This is an explicit form of systemic injustice that needs to be challenged especially during a time where police brutality against African Americans is on the rise. Even when evidence shows the blatant use of unreasonable force, will qualified immunity protect the guilty?

The Impact of COVID-19 on Prisoners