It is so painfully ironic that the NFL and the military choose to memorialize and propagandize Pat Tillman’s life at their own discretion, choose to honor his body, but not his words. 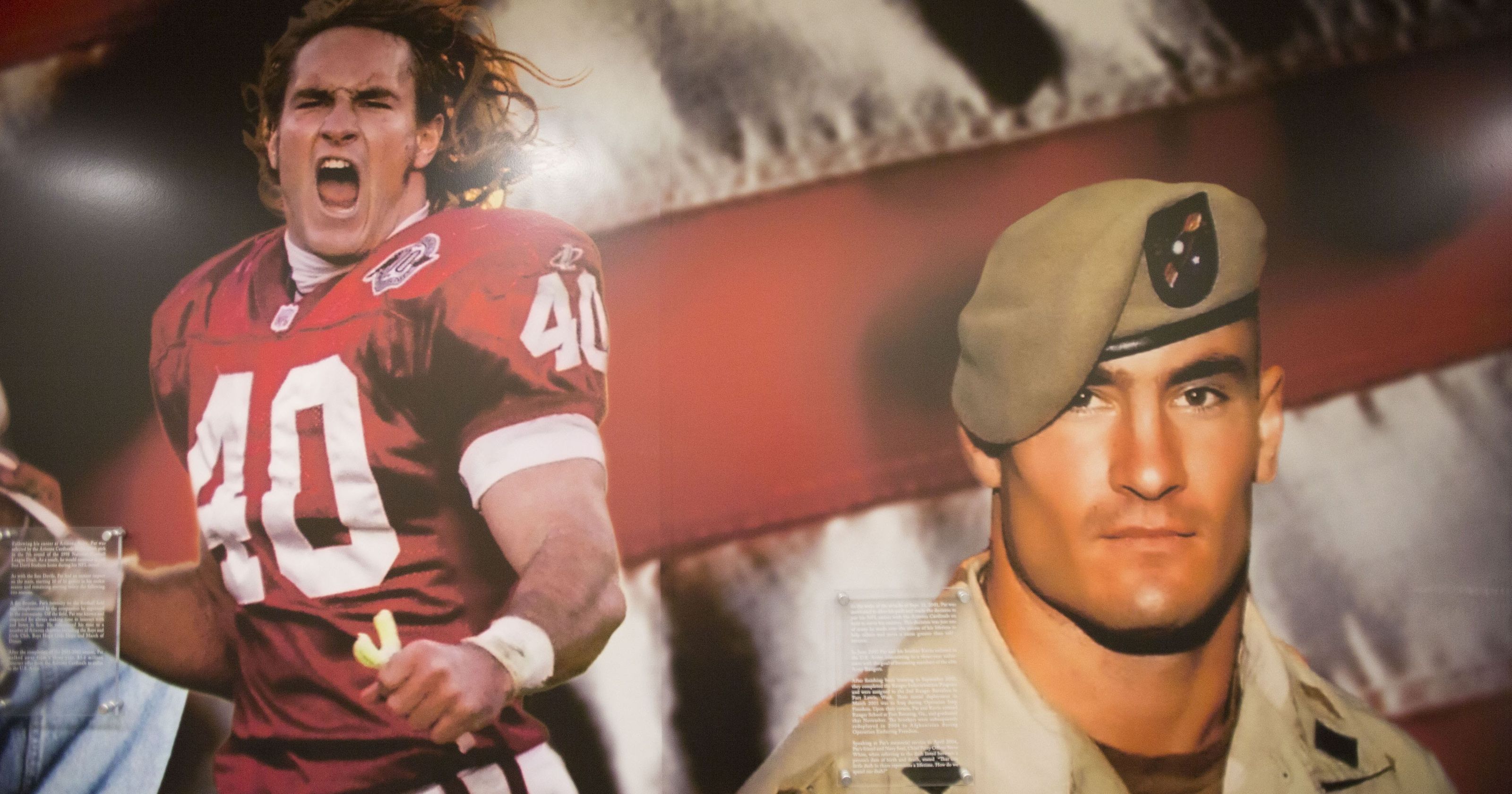 As another beautiful Memorial Day passes by, America honors the troops which have given the utmost sacrifice for their country, their lives. Whether it be Afghanistan, Iraq, Vietnam, Korea, World War II, or any of the other countless wars veterans have fought in, this country has commemorated and remembered most of them for their service, and rightfully so.

But like clockwork, the NFL trods out a memorial for the great Pat Tillman, a football superstar who left his lucrative lifestyle, and a 3.6 million dollar contract, in order to serve for the American military after the 9-11 attacks.

Now, I don’t have an issue with football. I play fantasy football each year and love to watch the game which has become an American pastime. I even played it for a few years, although my skill wasn’t exactly what I’d call exceptional. I only bring this up to contextualize and emphasize the fact that I don’t hate sports, nor am I trying to write a hit piece on the NFL.

With that being said, though, the NFL proudly associates itself with the military. Whether it be uniforms honoring the veterans, veteran discounts, or even veterans at the Super Bowl coin toss ceremony, the NFL seems to be pretty nice to our veterans. However, such connections have led to problems within our own government.

Between 2011 and 2014, the Department of Defense spent at least $5,400,000 of taxpayer money on the NFL in order to market the military, essentially creating their own propaganda machine which has a reach across the country that any marketing executive would kill for. The Super Bowl regularly brings in over one hundred million viewers each year, making it the most viewed television broadcast every year by miles. Super Bowl broadcasts account for eight of the top fifteen most viewed broadcasts of all-time, rivaling historical events such as the first moon landing, but on an annual basis.

Surely this can’t have much of a negative effect, right? The Army, Navy, and Marine Corps can use all the help they can get, and do well for the troops fighting with bravery and valor.

This is where Pat Tillman and his story comes into play.

Tillman was killed by being hit on the head thrice. Not on the football field. With bullets. But not even by the enemy either.

Initially, the Army reported his death as an Afghani ambush in order to save face for their organization, but weeks later, after his burial, the family was notified by one of his brother’s sergeants that he had been killed by friendly fire. Friendly fire. His own brothers in combat killed him. The man sacrificed his gift of life, not to mention his wildly successful football career, in order to have the opportunity to serve his country, only to be killed by that same country.

While this is sad, most tend to write it off as a tragedy that rarely occurs, which it truly was. So it makes sense for the NFL to memorialize Tillman, doesn’t it?

Well, Tillman’s experience in the military changed his perception of it. Drastically.

Tillman joined the military out of an extremely noble cause, as many who enlist do. But after arriving in Iraq, Tillman had a change of heart about the nature of the invasion, and the United States military presence as a whole.

There, he confided to his brother, Kevin Tillman, and friend, Russell Baer, that he believed these invasions were “f---ing illegal”.

Tillman had even made tentative plans to meet with Massachusetts Institute of Technology linguist and anti-war intellectual Noam Chomsky after his service. Although he studied a variety of religious texts, Tillman also remained Atheist, another fact most propagandists choose to conveniently ignore while painting a picture of the ideal army men.

His younger brother Richard summed up the tragedy perfectly when he said “Pat’s a f---ing champion and always will be… Just make no mistake, he’d want me to say this: He’s not with God. He’s f---ing dead. He’s not religious. So thanks for your thoughts, but he’s f--ing dead.”

In fact, the military was not counting on such a courageous and persevering woman as Pat’s mother, Mary Tillman, who demanded investigation after investigation in order to find the truth about her son. Most of the time, the military expects families to softly grieve and fade quietly into the background. In an interview with Sports Illustrated, Mary Tillman pulled no punches, saying: “They attached themselves to his virtue and then threw him under the bus. They had no regard for him as a person. He’d hate to be used for a lie. I don’t care if they put a bullet through my head in the middle of the night. I’m not stopping.” Her book, Boots on the Ground By Dusk: Searching for Answers in the Death of Pat Tillman, echoes this same sentiment.

And it is so painfully ironic that the NFL and the military choose to memorialize and propagandize Tillman’s life at their own discretion. The fact that each year, on the last Monday of May, these people choose to honor his body, but not his words, is utterly disgusting.

Though outrageous, people speaking for the troops in order to further their own agendas is not new in American politics.

In regards to Colin Kaepernick kneeling for the national anthem, which was an idea proposed to him by teammate and Green Beret Nate Boyer, Kaepernick was attacked for a lack of “patriotism.” However, as U.S Army veteran Richard Allen Smith pointed out, this was yet another example of politicians and corporations using the military and its servicemen and women for promotion. That leaves some veterans, like Smith, feeling like props for those who haven’t made the sacrifice but want to cloak themselves in their credibility.

The NFL does not memorialize veterans, it propagandizes them. Each and every Memorial Day, the NFL desecrates the grave of the great Pat Tillman by pretending to care about him for a day, then disregarding his message and life entirely. I, for one, am sick of Tillman, Smith, and many other veterans being used as pawns in a larger political game.

Here’s to truly memorializing Pat Tillman and our veterans by pushing for homes for our forty thousand homeless veterans.

Here’s to truly memorializing Pat Tillman and our veterans by pushing for two million uninsured veterans to receive the healthcare they deserve.

Here’s to truly memorializing Pat Tillman by recognizing what America is doing not only to foreign countries but also to veterans like him is “f--ing illegal.”