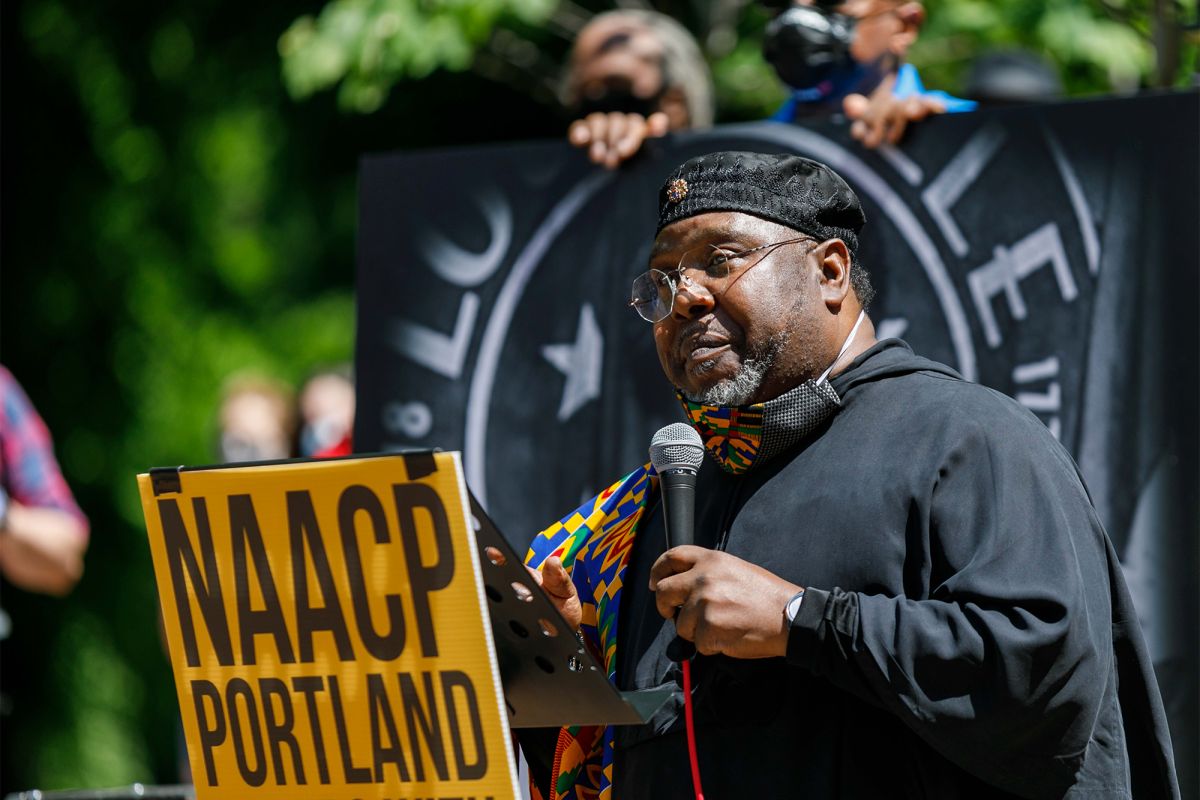 Since George Floyd’s death incited national advocacy for Black Lives Matter (BLM) over three  months ago, the fervor to protest and demonstrate blazes on to this day. Protests have sprung up all over the country, but the situation in Portland specifically has been garnering national media attention. This is due to the Trump administration’s deployment of federal troops in the area. Despite federal officials’ insistence that troops are in Portland to protect government property, local and state officials disagree with the engagement.

However, the movement has been garnering criticism from those claiming that white activists have co-opted the protests and diverted from the true meaning of Black Lives Matter. One such critic is E.D. Mondainé, the president of the Portland chapter of the National Association for the Advancement of Colored People (NAACP). In late July, Mondainé composed an op-ed in the Washington Post, in which he called the Portland protests a “white spectacle” and demanded a return to BLM’s core mission.

Among the groups that Mondainé critiqued is the ‘Wall of Moms’, a group of mothers protesting against police brutality in Portland, Oregon. The group has previously formed human chains to protect protesters in the city, but has failed to shield Black women left vulnerable in Portland’s streets. Mondainé argued, “This might ease the consciences of white, affluent women who have previously been silent in the face of black oppression, but it's fair to ask: Are they really furthering the cause of justice, or is this another example of white co-optation?”

Critics are comparing the present-day situation to the Civil Rights Era. In the 1960s, when many white people joined the movement, they still exploited it for their own personal gain. Kwame Holmes, a human rights scholar-in-residence at Bard College, said “I think unfortunately this can include the actions of white people who are sympathetic to civil rights causes but are so steeped in the culture that takes Blackness and turns it into a usable object that they can inadvertently reproduce some of the same dynamics.”

In the face of such criticism, local activists deny a shift in purpose and instead point out that the local movement on the ground is rather complex. As Candance Avalos, a Portland resident and a co-founder of the Black Millennial Movement, explained, “Many things are true at once… I think there is actually some validity to what he's saying, and at the same time, I think there's a lot to show that's not necessarily true — or that it's more complicated than that."

Avalos asserts that the perception that white activists are diluting BLM’s purpose stems from the fact that around 77% of the 654,741 residents in Portland are white, while a minute 5.8% are Black. She points to the strengthening support of many Americans, including white people, who are engaging in activism and demonstrating solidarity with the disparaged demographics who are victims of a broken system. In her experience, Avalos believes that “...in addition to people just being more aware and more conscious of their privileges and the role they play in society, I think that people are just trying to be better.

To change everything, it takes everyone. Black Lives Matter.