Indonesia is attempting to force-rehabilitate sexual and gender minorities, calling into question human rights and privacy. 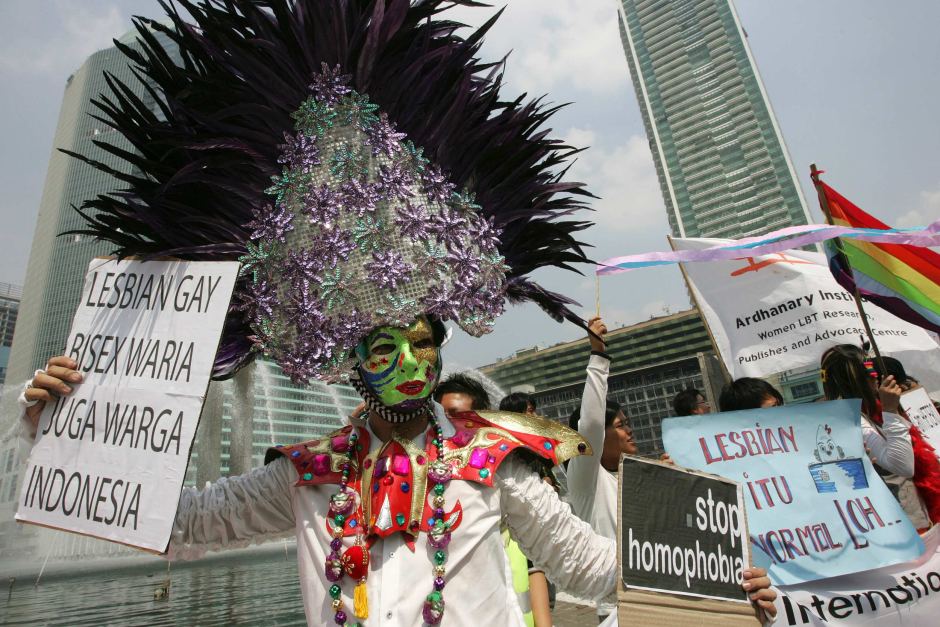 Indonesia, one of the most tolerant Islamic nations, is now party to growing hostility against sexual minorities. The infamous RUU Ketahanan Keluarga (Family Resilience Bill) proposes several outlandish measures – for instance, women staying at home to take care of their husbands and parents and children sleeping in different rooms to avoid incest – but perhaps the most worrying is the ban on homosexual and non-traditional sexual activities. Those not willing to visit rehabilitation centers would be reported by their families as well as risk losing custody of their children. Moreover, the bill proposes jail time for surrogacy.

Heteronormativity has been at the heart of Indonesian society, and homosexuality is considered taboo. Public indecency and pornography laws have been time and again misused by police to harass LGBT+ persons. Although same-sex sexual conduct is not prohibited by the National Criminal Code, provincial laws and radical Islamist groups dominate the conversation around sexuality and gender presentation, and stringent Sharia laws describe severe punishment against offenders. In May 2017, two gay men aged 20 and 23 were sentenced to public caning of 85 lashes in Aceh for private homosexual activity.

Notably, the Indonesian Ulema Council (Majelis Ulama Indonesia, MUI) called the LGBT+ “deviant” and “an affront to the dignity of Indonesia” in 2015. Subsequently, a fatwa – a non-binding Islamic law – was issued, calling for same-sex acts to be punishable by caning and, in some cases, the death penalty. It went on to call homosexuality a “curable disease.” It comes as no surprise that forced exorcisms are employed as a “cure.” A 2015 government regulation even goes as far to prohibit international schools from hiring foreign teachers who have “an indication of abnormal sexual behavior or orientation.”

Several provincial laws have their own definitions of homosexuality. Palembang, for example, defines it as an act of “prostitution that violates the norms of common decency, religion and legal norms as they apply to societal rule.” This also includes sodomy and S&M.

Previously, in December 2017, a 5-4 ruling by the Constitutional Court of Indonesia rejected a petition by Family Love Alliance, which sought to amend the criminal code to make non-marital and gay sex illegal. Since then, several controversial revisions of the law have attempted to discriminate against sexual minorities despite backlash from human rights groups.

The recent Family Resilience Bill of February 2020 has been, in part, fueled by public response to the rape conviction of Reynhard Sinaga. Sinaga, an Indonesian exchange student, had drugged and assaulted nearly 200 men in England. Most Indonesians, however, overlooked the crime itself and focused on male-on-male sexual activity. Following this, the annual LGBT+ beauty pageant in Bali (a Hindu-majority island and popular gay haven) was canceled after the organisers received violent threats. Massive anti-homosexuality campaigns have taken place both online and offline, slowing businesses at gay pubs and bars.

Depok’s mayor, Mohammad Idris, posted his plans to enlist public order officers to raid the residences of members of the LGBT+ community on the city website. In his statement, Idris also indicated that the town would establish a rehabilitative center to assist "victims" in these communities. This reflects the bill’s recommendations of "social or psychological rehabilitation," "spiritual guidance," or "medical rehabilitation" in cases of a “family crisis caused by sexual deviation.”

President Joko Widodo, popularly called “Jokowi,” has remained silent about the bill. The National Commission on Human Rights (Komnas HAM), previously vocal about discriminatory practices, has not issued an official statement on it yet either.

Andreas Harsono, a senior researcher at Human Rights Watch Indonesia, said: “These Islamist politicians are known to let their Islamism dictate their world views, even when those views are against scientific facts. The parliament should simply make facts to be the basis of their legislation. They should reject this unscientific approach of lawmaking.”

Indonesian LGBT+ activists and advocacy groups have called out this sheer violation of private spaces of already vulnerable populations. However, in a society that considers non-heterosexuality to be “abnormal” and looks down on non-mainstream gender presentation, there is still a long way to go from persecution to protection.

Update: Following public outcry about the breach of citizens’ privacy, the House of Representatives has said it will further review the Bill.