Well-known for her campaigning against the driving ban and the campaign to end the male guardianship system, Hathloul is one of the most outspoken woman's human rights defenders in Saudi Arabia

Varshini Sathiyaseelan
and
March 17, 2021
in
Women's Rights
Courtesy of NPR 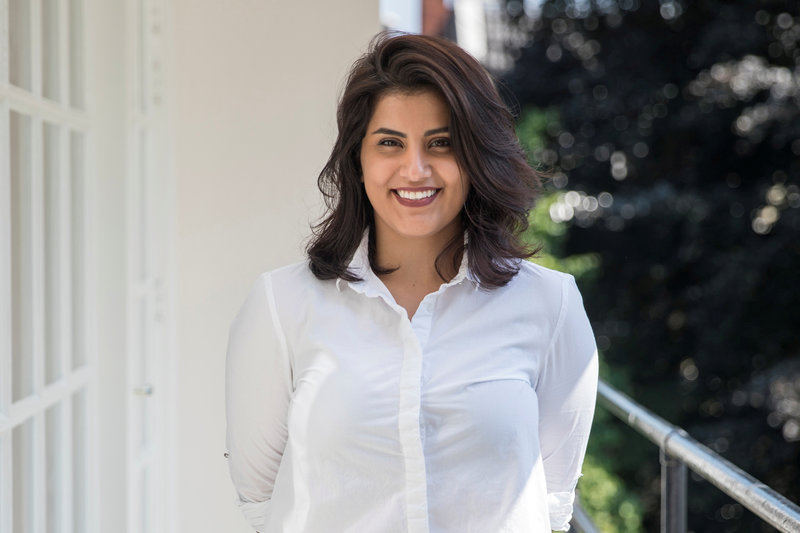 Prominent Defender of Women's Rights, Loujain al-Hathloul was released from Saudi prison on 10 February. Well-known for her campaigning against the driving ban and the campaign to end the male guardianship system, Hathloul is one of the most outspoken woman's human rights defenders in Saudi Arabia.

In 2014, she tried to drive her car across the border from the United Arab Emirates into Saudi Arabia and was detained for more than 70 days. She was detained, again, in May 2018 and sentenced to almost six years in prison back in December 2018, charged under broad counter-terrorism laws that included communicating with Saudi dissidents abroad, seeking to change the kingdom’s political system, and speaking with foreign diplomats and journalists. The court had suspended two years and 10 months of her sentence as a peace offering from Riyadh to the administration of US President Biden. In total, she spent 1,001 days behind bars.

Now that Hathloul has been released, we cannot let this matter be rejoiced and forgotten. She and at least two other activists had been detained in a private facility, where they were tortured and sexually harassed. She still faces a five-year travel ban and three years of probation ordered by the court, which includes refraining from speaking to media. The travel ban also extends to her parents, whose house she is currently recuperating at.

Hathloul’s release is simply a ticking time bomb ready to explode. One wrong move, and she could end up right back in prison. Her siblings say she will avoid posting on social media in fear of violating her probation, but will continue to press Saudi courts to investigate her allegations of torture. In jail, Loujain alleges that she was subject to electro-shock, waterboarding, and sexual abuse but she was physically threatened by holding electrocution devices to her ear if she ever spoke about the ill-treatments during phone calls. Thus, she was forced to hide the truth during the calls, but she had recounted the hardships to her parents during prison visits.

In an interview with TIME last year, Loujain’s sister, Lina, mentioned that the Saudi authorities had offered her sister release in return for publicly stating that she had not been subject to torture while in prison. Moreover, Ms. Hathloul's family said she had told them that Saud al-Qahtani, a former prominent aide to the current Saudi leader, was present during one of the interrogation sessions while she was allegedly tortured. "Loujain recognised him. So, that's why we are sure about him. She knows he's a public figure, she knew him," another sister, Alia, said. Qahtani had reportedly avoided commenting on the accusations despite requests from TIME and CNN.

However, Loujain’s allegations after release have been denied by the Saudi authorities. A Saudi appeals court dismissed Hathloul's claim that she was tortured in jail, citing a lack of evidence. Despite global outcry, Hathloul was jailed, and now, even after her release, she is not being given the justice she deserves. Her entire conviction was dubbed as a “travesty of justice” by human rights groups as she has been unjustly punished for exercising her right to freedom of expression.

The bans that Hathloul had fought for to be removed have been long lifted, but her freedom is still chained down. Loujain’s case has not ended yet because she is still not free from the clutches of injustice. We should not relent until she is granted full freedom to speak, work, travel, and live freely.