Poverty and Homelessness Should Not Be Politicized

Hiba Soban
and
December 15, 2019
in
Justice
Courtesy of Slate 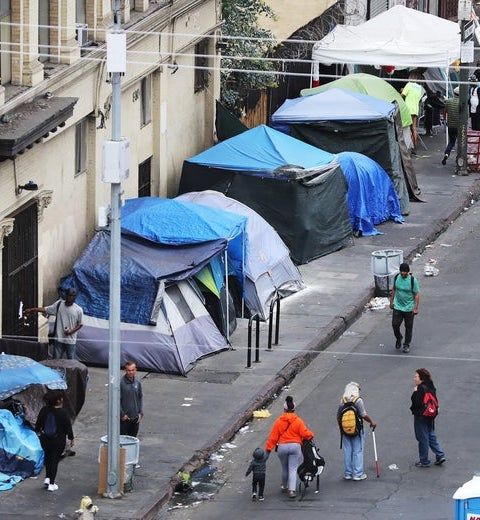 National Security Adviser, Defense Secretary, UN Ambassador, FBI director—among many others, these administration positions have undergone numerous dismissals and resignations, at the behest of the president and his visions for the country. On November 14, however, Trump added one more position to the list: Matthew Doherty, the official tasked with rooting out homelessness. A White House spokesperson would not comment on the exact reason, but homeless advocates have taken the move as a signal that the Trump administration is moving toward a new approach to combating the issue. In particular, advocacy groups are concerned that the new plan will rely on more intense law enforcement and private market incentives, rather than on direct efforts to house homeless individuals and provide supportive services. Doherty heavily supported “Housing First,” a policy which emphasizes placing people in permanent housing so that they can make other improvements in their lives, and that has been embraced across the country over the last decade.

Trump’s policy report, released in September by the White House Council of Economic Advisers, blamed the homelessness problem on “decades of misguided and faulty policies,” while also questioning the effectiveness of Housing First, saying that the large amount of shelter space and ‘tolerable conditions for sleeping on the streets’ encouraged homelessness. In addition, the report emphasized placing restrictive zoning laws to restrain the construction of more affordable housing. But as recent history shows, the issue of homelessness goes beyond just “faulty policies.”

Firstly, opioids are fueling homelessness around the nation. In Seattle alone, law enforcement officials and prosecutors estimated that a majority of the region’s homeless population is addicted to opioids, naming heroin and fentanyl as just two examples. While many average-income people who use drugs and alcohol don’t end up homeless, those who are poor have an increased risk of becoming homeless. These at-risk individuals are often stuck in a vicious cycle of spending money towards their addiction with no intervention to help them get out of the cycle. With increasing costs of living, this doesn’t prove to be an ideal combination, leading to the discussion of another key cause of American homelessness…

Poverty, however, is the primary cause of homelessness in America. Due to a lack of financial resources, many people end up becoming poor and unable to afford basic needs, including adequate shelter. Increasing cost of living is yet another reason why this proves to be true. The declining value and availability of public assistance doesn’t help either. According to the US Department of Labor, federal minimum wage is $7.25/hour, and it has not been raised since 2009. And yet, a renter needs to earn $22.96/hour to afford a two-bedroom rental in the U.S. This discrepancy is an obvious reason as to why half a million individuals have to live in terrible conditions on the streets, barely making it through the day: 2009 wages cannot be translated to 2019 costs of living.

There is no easy “solution” to homelessness, nor will there ever be one. There are so many other major factors that contribute to homelessness—a lack of affordable health care, domestic abuse, mental illness and the lack of professional help thereof—that it can’t possibly be solved overnight, either. Yet, there is a solution to intentionally turning a blind eye to those in dire need, and to be willfully ignorant of this massive issue affecting individuals in America today. Recognize that homelessness isn’t necessarily something that anyone can solve at the snap of a finger. Poverty isn’t a political issue, it’s a humanitarian issue. And by systematically making it harder for homeless individuals to be provided access to a better life, America is providing a poor international example of what should be done to overcome the existing homelessness crisis.