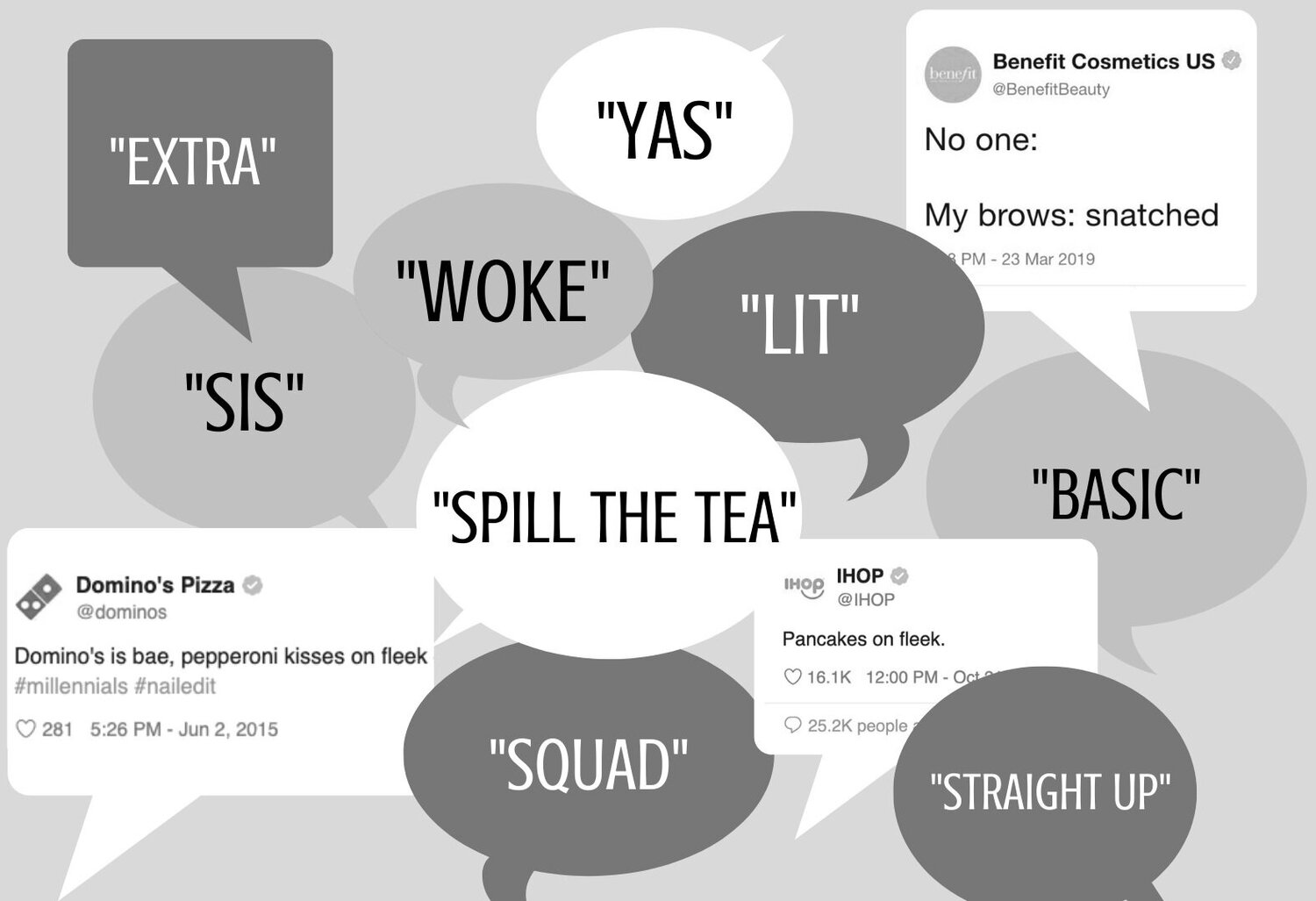 Have you ever said “periodt”, “chile”, “lit”, “slay”, “sis”, “on fleek”, “bae”, or “woke”? I have. I thought it was something James Charles would say during a makeup tutorial. Like many others, I assumed it was slang developed out of internet culture. This could not be further from the truth. These words and phrases are part of African American Vernacular English.

African American Vernacular English (AAVE) has a significant history of use by Black individuals. Its origins lie in transatlantic slavery, so those going through such a horrifying experience could connect during a time period of deep oppression, not in internet culture or James Charles as I naively assumed. It was shocking for me to realize the words that I had been saying so nonchalantly had such a culturally significant beginning. The disregard of the origin of AAVE and the continued use of AAVE by non-Black individuals is cultural appropriation at its finest.

Generally, there is some confusion between cultural appropriation and appreciation. When one culturally appropriates, they do not regard the culture of origin; instead of taking the time to honor and understand a culture, people who appropriate “cherry-pick” for their selfish uses, without realizing its importance. For example, someone who isn’t a Native American may wear an indigenous headdress as part of a Halloween costume. For important cultural context, among the plains people, they are worn only by male chiefs, and only on special ceremonial occasions. A sacred headdress should not be a costume. This treats indigenous peoples as exotic creatures in their own land, occurring after 500 years of subjugation and human rights violations by colonizers.

Whenever Black people use AAVE in schools or the workplace, they are shamed for being unprofessional and not using “proper English.” In 1999, linguist Geoffrey Pullam explained that AAVE wasn’t a valid dialect of English, but incorrect and spoken by “an ignorant urban underclass.” His sentiments make it apparent that Black people have consistently been shamed for a naturally occurring English dialect, simply because of their skin color. On the other hand, when non-Black influencers or people use it, they are viewed positively. This beautiful dialect with a culturally significant historical origin gets minimized into “internet slang” or a trend. A recent example of this is, “And I oop.” Initially, it was brought to the internet by a Black trans woman, but it was soon degraded to a trend. “And I oop” will forever be known as a phrase used by stereotypical white ‘VSCO’ girls.

Now, the question remains: can I continue to use these terms in my daily life if I am a non-Black individual, even if I understand and respect its cultural origins? Simply put, my answer would be no. As an Asian woman, I cannot dictate whether the use of this language is offensive or not, but according to many Black men and women, it is. When you speak in AAVE, you are co-opting a language created for unity during slavery; you are co-opting a history and a culture that is not yours. When you speak in AAVE, you may be praised for speaking that way, while Black people who do the same may harassed or shamed for it. When you speak in AAVE, you are part of the system that demeans an amazing dialect to a trend. So just don’t.