Valeria Eggers Cortés
and
April 19, 2021
in
World
Courtesy of CNN 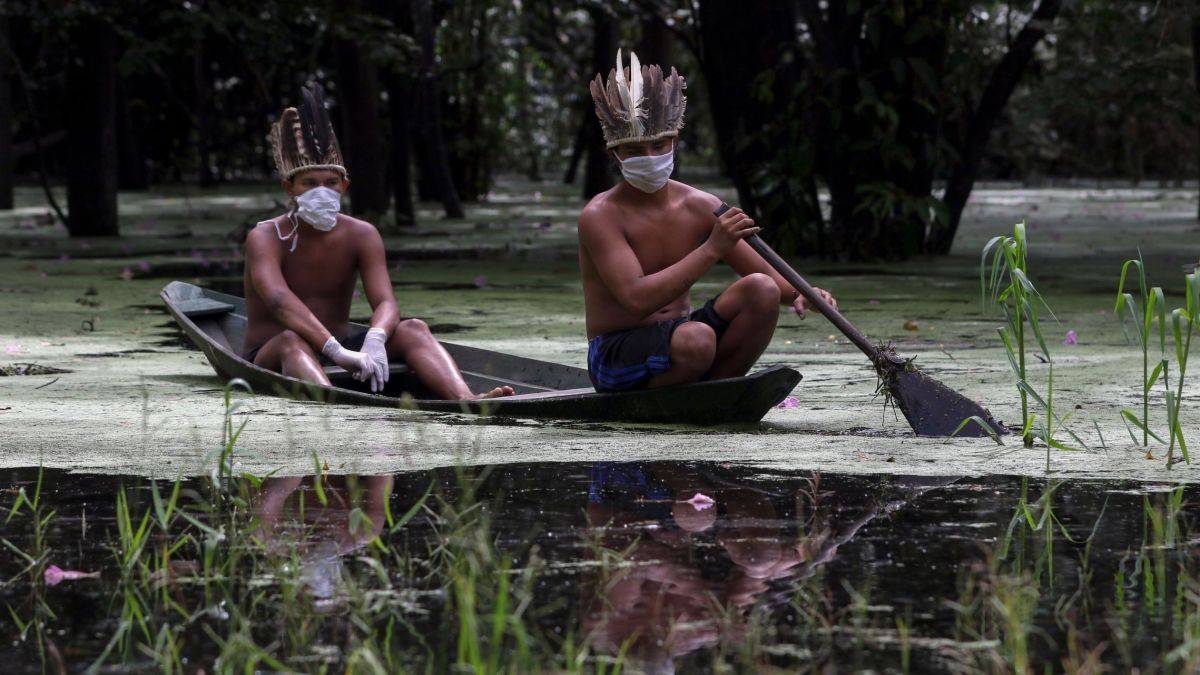 More than a year into the health crisis brought on by the COVID-19 virus, threats to the survival of Indigenous communities in Brazil have been dramatically heightened under the cover of the pandemic.

Known in Brazil as the stewards of the Amazon Rainforest, Indigenous people worldwide are key actors against global environment crises. Having spent millenia living among and protecting their lands and forests, their deep appreciation for and cultural connections with the natural world is now all that stands between rainforests like the Amazon and unbridled environmental destruction in the name of profit. Although Indigenous people comprise less than 5% of the world’s population, they protect an estimated 80% of global biodiversity. However, Indigenous groups all across the globe have faced persecution for many centuries.

Illegal invasions, destruction of homes and livelihoods, and restricted access to healthcare are just a few of the examples of the human rights violations they continue to face globally. In Brazil, the situation for Indigenous people is no different. Representing roughly 0.4% of the country’s population, around 305 Indigenous tribes continue to exist within and outside the Amazon within Brazil’s borders.

With many living in remote indigenous lands throughout the vast country, it is harder for them to access medical care — especially treatment for COVID-19. Especially worrisome is that these Indigenous people live in one of the top three countries by number of coronavirus infections, whilst having a COVID-19 mortality rate 16% higher than the Brazilian average due to their isolation from outside pathogens.

To this day, many of Brazil’s Indigenous communities do not have access to water, soap, and masks, basic resources to protect against the virus. Since long before the pandemic, Indigenous people have been marginalized and have had their lands taken away from them for industrial use, pushing them deeper into the Amazon, to places where new diseases have arisen within their communities as a result of increased exposure to new areas of the wild.

The pandemic has only worsened the injustices they face, and is now even being used as a cover to further strip them of basic rights, with Brazilian president Jair Bolsonaro and other government officials pushing for projects disguised as part of Brazil’s post-pandemic “economic recovery” that include reversals of basic human rights policies, weakening the protections for Indigenous people and pushing for more industrial agricultural plantations on Indigenous land. As President Bolsonaro continues to fail to recognize Indigenous people’s human rights, other members of Brazil’s governmental body continue to loosen environmental regulations while the media focuses on the pandemic.

While defending the environment, human rights defenders and Indigenous leaders have faced violence and criminalization for raising their voices against the government’s disgraceful actions. They have been kept from their right to prior and informed consent on decisions that directly affect their livelihoods. Meanwhile, impunity lies on the side of the government, giving way to a sad reality: a reality where monetization of Indigenous lands comes before Indigenous rights and the support they need to deal with the pandemic.

Every Indigenous life that is lost brings us one step closer to the loss of thousands of years of traditional knowledge and culture, cutting humanity’s few remaining connections to the environment that are vital to the protection of our planet.

The direction that the Brazilian government is taking under the cover of the pandemic points towards a near future where communities may be decimated by a virus that they cannot fight off, and where little to no land will be left under Indigenous care. The government’s actions will undoubtedly have sizable consequences for the fragile environmental stability of our planet.

The Brazilian government must be called out and held accountable by the people for its continued failure to protect some of the region’s most vulnerable groups. Human rights are inalienable, and must never be sacrificed for economic gain. Brazil’s plans for “economic recovery” as they stand include attacks on the region’s Indigenous people and their land under the justification of a pandemic, and as Brazil’s actions continue to undermine the Indigineous people of Amazonia and what they protect, the least we can do is draw attention to this issue until something is done about it. Now is the time that we must stand in solidarity with the Indigenous people of Amazonia, both for the people and for our planet.