While plastic pollution continues to make a significant impact on the destruction of the sea, overfishing is the looming problem beneath it all

Ashna Talukder
and
May 9, 2021
in
World
Courtesy of Seaspiracy 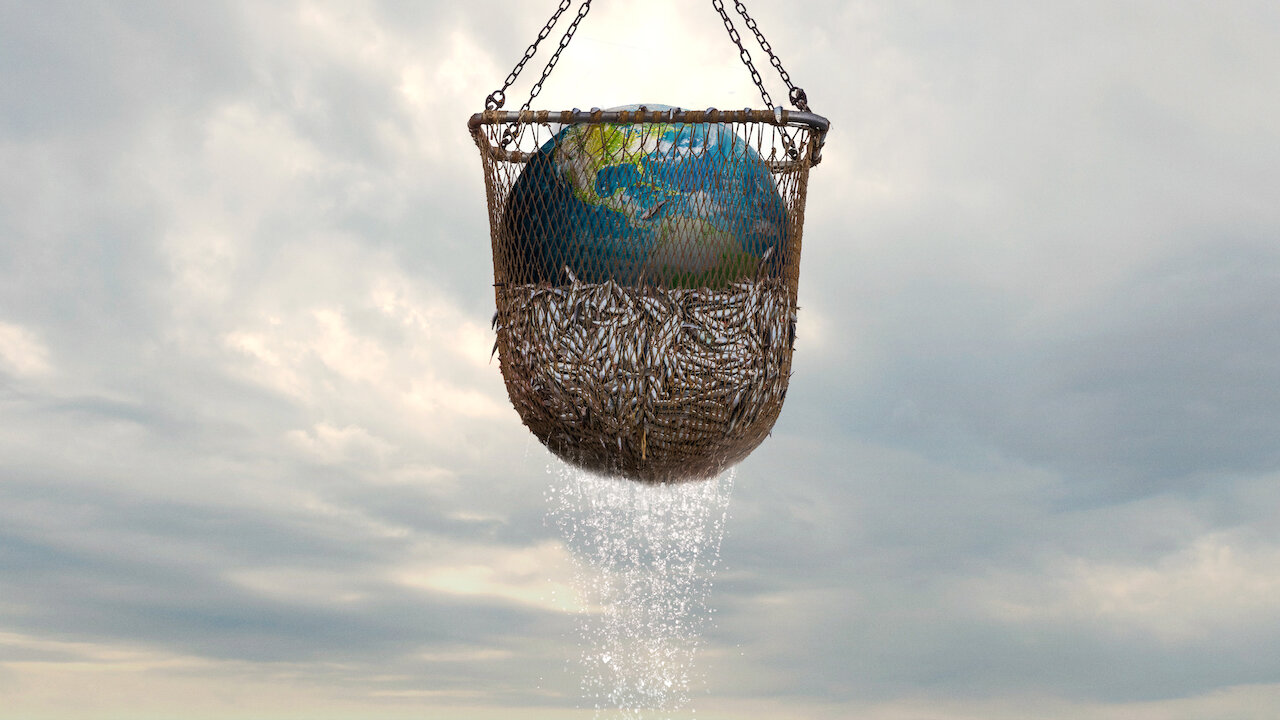 Animals are washing are up to the shore with plastic in their stomach. Huge floating garbage patches are taking over oceans. Ultimately, the Great Pacific Garbage Patch is over 1.6 million square kilometers in size. To put that into perspective, the garbage patch is twice the size of Texas or three times the size of France. Various ocean ecosystems are being destroyed to the point of no return.

There is no doubt that humans constantly negatively impact the ocean, but there is a particular root of the whole problem: overfishing. It is a common misconception that plastic pollution is the main issue, and while plastic pollution continues to make a significant impact on the destruction of the sea, overfishing is the looming problem beneath it all.

What is overfishing exactly? Overfishing is when more “sea life, usually fish, is taken for consumption than the population can replenish, leading to declining numbers of that species”. If too many of one population is taken out at once, then the species as a whole cannot recover in time. This then leads to them becoming endangered and soon extinct. Bluefin Tuna, one of the most commonly eaten fish in the world, is becoming threatened through overfishing. The population continues to decline rapidly and will continue to be fished at high rates due to very high demand. Today, according to Environmental Progress, “over 90% of fish populations are either overfished or at capacity”.

The ocean is an ecosystem, which means that all organisms within it depend and rely on each other to continue in the future, which is why overfishing has such a significant impact. It doesn’t just impact the population being fished out; it affects the whole food cycle and environment. A common effect of overfishing is called bycatch, which includes all the fish that are accidentally brought up through fishing nets and cannot be sold in the market. With huge fishing nets and specific gear, it is very easy for all kinds of marine life to be caught regardless of intention.

Bycatch generally gets thrown back in, but most of these sea animals don’t not even survive before they hits the water. Common species that die through bycatch are dolphins, sharks, and turtles. The fact that these animals are caught through this procedure starts another subsequent chain of effects. These animals are generally at the top of the food chain, and having them decline at high rates impacts those below them on the food chain, thus ruining the entire ecosystem. In the same way that marine life relies on the top of the food chain, the effects are just as detrimental when the bottom of the food chain declines. A whole species can imbalance another species’ diet and their dynamic with other organisms in the ecosystem.

Overfishing also directly impacts plastic in the ocean. The majority of the fishing gear that is used for overfishing is made up of plastic or materials that are harmful. The fishing gear also makes up a lot of the plastic in the ocean itself; according to EcoWatch and a Greenpeace Report, “Fishing equipment makes up more than 85 percent of the plastic pollution on seamounts, ocean ridges, and the seafloor.” That Great Pacific Garbage Patch previously mentioned has 86% of plastics in that made up fishing nets. There is clear evidence that the plastic issue in the ocean is mainly caused by overfishing and fishing equipment. The fishing gear also ends up in marine animals’ stomachs and one net killed around 3,000 sea turtles in Mexican waters in 2018.

The efforts to save the oceans should focus more on overfishing as it is ultimately the basis of issues in the sea. Overfishing still occurs more than ever as much of the ocean goes unregulated, and governments do not check into quotas and laws in international waters. Solutions to overfishing can include changing legislation and pushing for quotas to limit the “catch number” so fish populations have time to recover. Other legislation can include repercussions for fishers catching endangered species.

As people, we can certainly play our individual role in combatting this crisis. Becoming a “smart consumer” can go a long way. Researching which fishes are endangered, deciding which fish to buy, and finding out where the fish you buy are from can considerably. There are also campaigns such as World Wildlife that go against overfishing and give easy ways that people can support the movement from home. The effects of overfishing need to be shared and educated to the public, so people can stop this root cause from damaging the oceans and our environment before it is too late.