Our Sexual Assault Problem On College Campuses Is Getting Worse

The ongoing lawsuit at John Jay speaks to the struggles that female college students face every day. Sexual violence on campus is a pervasive issue, prevalent in campuses across the globe. 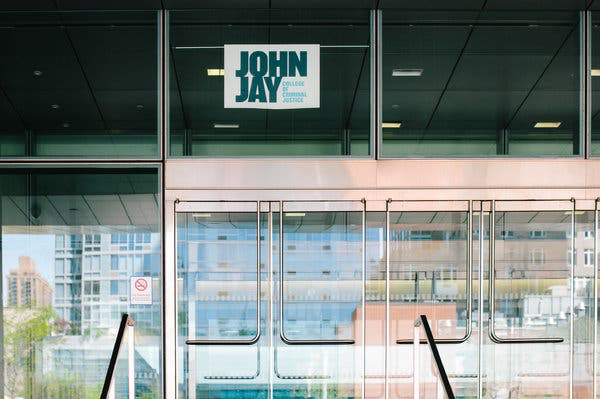 Two former undergraduate students, Claudia Cojocaru (40) and Naomi Haber (25), are suing John Jay College of Criminal Justice for discrimination and harassment. In their federal complaint, they cited several appalling incidents of sexual assault and drug abuse, alleging that male professors used their position of authority to “prey upon female students’ vulnerabilities and manipulate them to satiate their own sexual desires.” The accusations were aimed at four specific instructors: Richard Curtis, Anthony Marcus, Barry Spunt, and Leonardo Dominguez.

Dating back to 2014, these allegations range from reports of crude sexual remarks to accusations of rape and sexual assault. According to Cojocaru and Haber, the teachers used a secluded area on campus, notoriously nicknamed “The Swamp,” to humiliate and degrade female students and colleagues – including boasting about their sexual conquests.

One professor reportedly bragged that he “f***ed another student so hard she vomited.” Haber claims that Curtis, an anthropology professor, encouraged her to engage in sexual relations with himself and his associates. At the same time, Cojocaru maintains that Curtis pressured her to drink alcoholic beverages and then proceeded to sexually harass her.

Yet, their stories do not stop there. In her complaint, Haber wrote that Marcus raped her in a hotel room while attending an academic conference in 2015.

So far, Spunt, Curtis, and Dominguez have all repeatedly denied the women’s accusations, while Marcus has refused to comment.

The ongoing lawsuit at John Jay speaks to the struggles that female college students face every day. Sexual violence on campus is a pervasive issue, prevalent in campuses across the globe. Among undergraduate students, 23.1% of females experience rape or sexual assault through physical force, violence, or incapacitation. Often times, these students don’t even report their case to law enforcement. When it is reported, their cases are often dismissed as unimportant or false.

In Haber’s and Cojocaru’s case, even though John Jay College has been aware of these allegations since May 2018, they only conducted an internal investigation before alerting the police or any prosecutors.

In a phone interview with Haber and Cojocaru, the women confirmed the allegations in their lawsuit and criticized the inquiry conducted by John Jay.

“They were incredibly rude and victim-degrading,” Ms. Cojocaru said. “They made us perform like circus animals, distorted the facts, and distorted what we talked about. They tried to brush the whole thing under the rug, so to speak. They retraumatized us by making us relive all sorts of traumatic experiences.”

A spokesman for the college, Richard Relkin, defended the school’s conduct in a statement: “The safety of the John Jay community is of utmost importance to us.” This suggests that the college had addressed the complaints immediately and acted accordingly; however, it is unclear if the college had even initially reported the allegations as potential crimes related to Title IX, a federal statute that outlaws sexual harassment and discrimination.

The unwelcoming culture of sexual violence fostered at John Jay is inexcusable. It is sickeningly ironic that a college, which places so much emphasis on criminal justice and social equality, would handle complaints of sexual misconduct so poorly. Students should be able to attend school without the fear of being harassed or groped.