When news of the college admissions scandal broke in March of 2019, public outrage came pouring in. 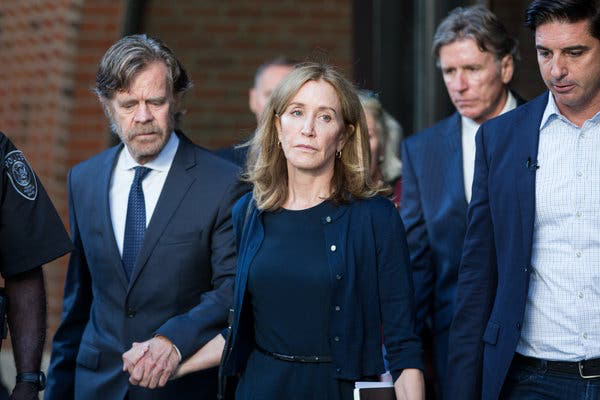 When news of the college admissions scandal broke in March of 2019, public outrage came pouring in. Celebrities such as Felicity Huffman and Lori Loughlin had paid large sums of money to falsify high standardized testing scores for their children, cheating the college admissions process. Yet although Americans were angry, they were not surprised. According to a poll conducted by USA Today, 67% of Americans believe that the college admissions process favors individuals from “rich and powerful” backgrounds. Public outrage was mainly focused on the corruption of the college process and the crimes committed by these parents, but an aspect of the case that was received far less coverage was the disparity in sentencing between the wealthy parents involved in the scandal and the sentencing of parents from a lower socioeconomic background in similar cases.

Felicity Huffman, a high-profile actress, confessed to paying a $15,000 bribe to bolster her daughter’s SAT score and only received 14 days in jail, one year of probation, 250 hours of community service, and a $30,000 fine. Tanya McDowell, a homeless mother from Connecticut, received a sentence of five years for sending her son to a better public school in a district that she herself did not live in. While it is important to note that McDowell was also being prosecuted for minor drug offenses, the different outcomes of these two cases is still a clear example of how the criminal justice system favors wealthy defendants over defendants from lower socioeconomic backgrounds.