Six years ago, you could not have told me that there would be quite so many roles in which members of the South Asian diaspora were able to shine.

Isha Umamageswaran
and
May 12, 2022
in
Representation
Courtesy of Netflix 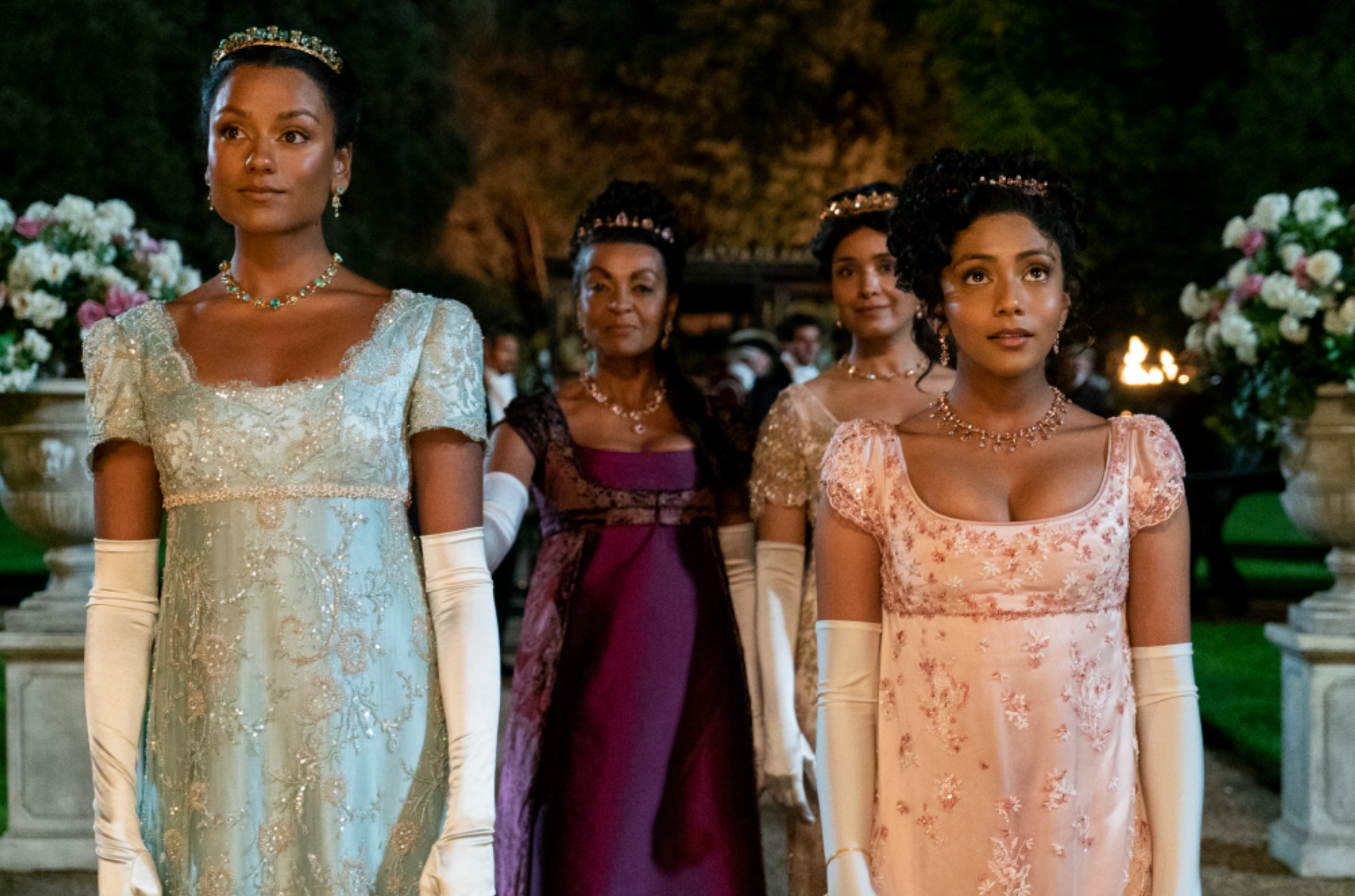 The prospect of Bridgerton Season 2 excited many fans after the show announced that two British-Indian girls would be stepping into the roles of main characters Kate and Edwina. The racism and colonization-free fantasy world of the show presented the perfect opportunity to offer representation to another minority group in the Western Hemisphere, maintaining the show’s diverse cast and characters. Many fans thought the decision was fitting because, while South Asians were not majorly present during the Regency time period, they currently make up the largest minority group in England and have yet to receive enough meaningful representation on the big screen.

Bridgerton’s showrunners clearly committed to giving South Asians— particularly Indians— the representation they felt necessary. From changing Kate and Edwina’s family name from Sheffield to Sharma to including a classical rendition of the famous Bollywood piece Kabhi Khushi Kabhi Gham, many fans including myself were ecstatic that the inclusion of these South Asian characters were not just for the sake of diversity. Several meaningful, cultural aspects of Kate and Edwina’s heritage were showcased, including the haldi ceremony that took place prior to Edwina and Anthony’s marriage ceremony. Another touching moment which felt familiar to many South Asian girls was the ‘hair oiling scene’, where Kate was shown oiling Edwina’s hair. Though short, this scene symbolized many of the key moments and memories of the South Asian diaspora. Because hair oiling holds a heavy cultural significance in South Asia, it was applauded by many viewers for its thoughtfulness.

Of course, the show still made some slight missteps. Kate and Edwina used terms from various Indian languages spanning many ethnic groups, such as Bengali and various Dravidian languages. Whether this was a mistake on the show writers’ parts or if this was intentional, it would’ve been helpful as a viewer to be given clarification on the Sharma family’s ethnic background to further understand their culture and family dynamic. Some viewers also argued that the show needed more cultural references, whether that presented itself in the form of another Bollywood-inspired OST track or another cultural scene like the haldi ceremony. On the other hand, opposing viewers made the claim that doing so would only take away from the plot, which was not affected much by the Sharma family’s background.

Though it is the bare minimum, the show did not make the all-too-common mistake of degrading any of the characters or their worth because of their race, as many other shows with South Asian characters do. With characters in Western media such as Jessie’s Ravi, Phineas and Ferb’s Baljeet, and The Big Bang Theory’s Raj, many brown folk felt that they were either being unfairly represented in their favorite TV shows and movies, or given no representation at all. It is pleasing to think about how much diversity and inclusion has grown since the creation of such stereotypical ones. In 2020, Never Have I Ever became the most popular American TV show to have a South Asian main lead, being watched by over 40 million Netflix accounts worldwide. The recently released animated film Turning Red also showcased an Indian-American character who offered representation to the South-Asian LGBT+ community, as well. Another example of recent representation in the cinematic world is the 2021 Marvel Studios’ film Eternals, where one of the main characters was canonically South Asian.

Compared to the movies and TV shows of the 2000s and the 2010s, there are much more accurate and effective portrayals of South Asians in Western media. Six years ago, you could not have told me that there would be quite so many roles in which members of the South Asian diaspora were able to shine. It’s well known that South Asians are one of the most underrepresented groups in the media and arts, so the gradual increase of South Asian artists who pursue these careers is a remarkable feat.

As a young South Asian girl, it’s incredible to me that Season 2 of Bridgerton ranked No. 1 on Netflix’s ‘Most Popular’ List, amassing more hours watched than Season 1 of the show did. The amount of people appreciating Indian customs, Kate and Edwina Sharma’s beauty, and other cultural aspects made me feel proud and seen. Clearly, a little representation in a show can accomplish so many things for members of a minority group and tackle such prominent issues. Based on the past decade’s trends, the growing diversity and inclusion in the Film and TV industry is certainly something to be optimistic about.