Megan Glasgow
and
October 4, 2020
in
World
Courtesy of The Hill 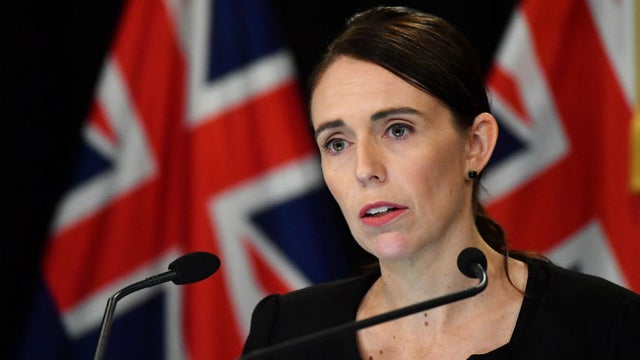 New Zealand Prime Minister Jacinda Ardern takes a big leap to the modern world by unveiling her new “wellbeing” budget. A first for any developed nation, the finance law plans to focus on personal health and happiness, pointing its funds in the direction of the citizens rather than focusing on economic growth or other political priorities. The nation will increase their annual new spending allowance NZ$1.4 billion and expects a slower economy and smaller surplus this year.

Ardern has served as Prime Minister since October 2017. She is also currently the Leader of the Labour Party, one of New Zealand’s five main political parties. Ardern has voiced concerns on the country’s budget since 2018, but has finally revealed her wellbeing budget, claiming it to be the world’s first attempt at shifting economic progress to the prosperity of the people. New Zealand already sports a “power to the people” mindset in its resemblance to a multi-party state, working through a Mixed Member Proportional voting system (MMP) and sharing government influence with even the smallest of political parties.

The budget will devote billions of government dollars to its five major priorities in 2019: ending child poverty, decreasing domestic violence, shifting the country to a low-emission economy, increasing the quality of life for Māori and Pacific citizens, and solving mental health issues. Ardern claims that the most pressing and disturbing issue was domestic violence and plans to aid prevention efforts with over $200 million. Finance Minister Grant Robertson delineated the plan, telling World Economic Forum, "Success is about making New Zealand both a great place to make a living, and a great place to make a life."

Ardern’s wellbeing plan seems to make New Zealand the epitome of a forward-thinking nation. The law will finally put more care towards the people than the government. Though it seems difficult to argue with a budget that plans to end child poverty and domestic violence, many New Zealand political parties do. Amy Adams of the National Party calls the budget a type of branding, telling The New York Times the country was “facing significant economic risks over coming years, but this government is focusing on a marketing campaign.”

Despite this opposition, the general public seems to count it as a win for Ardern. The Prime Minister called the plan a part of her original reformist agenda for New Zealand.  Ardern’s wellbeing law reflects her reputation of caring for the people, as exemplified by her compassion after 51 Muslim citizens were killed at the Al Noor Mosque and the Linwood Islamic Centre in March. World leaders praised Ardern for her respect and actions following the shootings, which included covering the cost of the victims’ funerals, providing aid to their families, and pushing for a gun control law immediately.

Known and loved around the world for being young, female, and progressive, Jacinda Ardern puts her country in the headlines once again thanks to her forward thinking. The overall success and feasibility of her wellbeing law is yet to be determined, but it certainly looks like a step in the right direction for New Zealand.