A 14-year-old white student post an image of an African American student on Craig’s List with a caption containing incredibly racist and hateful language, including the derogatory caption “Slave for Sale.”

Akash Nayak
and
December 27, 2019
in
Race
Courtesy of The Washington Post 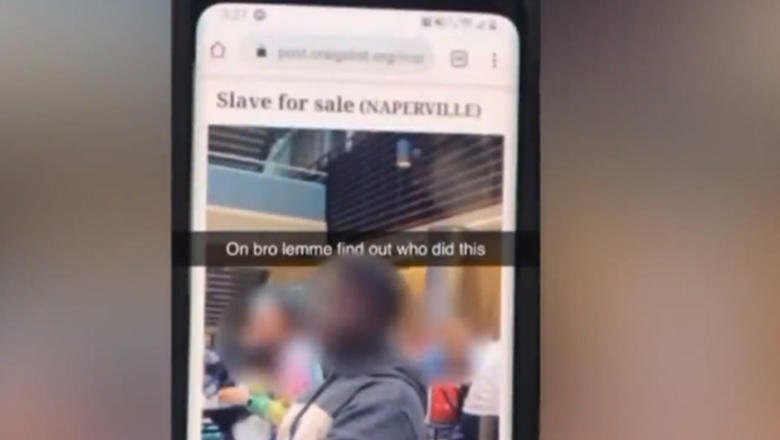 What is school? An institution for the teaching of children. Nowhere in this definition do the words “racism” or “hatred” appear. Yet, one 14 year-old’s high school experience will be defined by these atrocities due to no fault of his own. According to the Assistant State’s Attorney for Illinois, Lee Roupas, this incident began on Thursday, November 14th, in the Naperville Central High School lunchroom. The 14 year-old white freshman accused of committing this hate crime allegedly took a photo of another 14 year-old African American student. He then proceeded to post the image on Craig’s List with a caption containing incredibly racist and hateful language, including the derogatory caption “Slave for Sale.”

After this incident, the student who posted the picture was punished by serving an in-school suspension and formally apologized  to the affected student in front of the principal. Beyond the school, however, the student faces more severe charges. These are “two charges of hate crimes and one count of disorderly conduct.” The student has not been convicted yet, but has been told to return to court this month after last month’s hearing.

This event is tragic and in the words of State’s Attorney Robert Berlin “Hate crimes have no place in our society,” but these recurrent instances of hatred towards minorities continue to occur across our country. For an example, take the Loudoun County, Virginia public schools’ (LCPS) equity assessment from this year. Equity assessments, in a school context, are the examination of an educational facility to ensure an adequate environment for students to learn in and feel safe. In these exam focus groups, including elementary, middle, and high school students, parents, and school staff were interviewed for over an hour each and asked questions about their experiences throughout the school. According to the draft of the initial report from The Equity Collaborative, a consulting firm, it found that the themes evident through the interviews were “[d]iscipline policies and practices disproportionately negatively impact students of color, particularly African-American students. Most English Learners, Black/African-American, Latinx, and Muslim students have expericenced the sting of insults/slurs” and more.

The themes shown through the interviews made it clear that the root cause of this is a lack of acceptance. These students did nothing wrong- they were going to school and trying to get an education; however, because of intolerance promoted by bigoted people, they were mistreated. This problem has to end. No one should suffer this discriminatory treatment anymore and in the 21st century this shouldn’t even be happening. The real issue has to be solved and the only solution is tolerance and compassion. We can no longer  be a society which punishes diversity and is hostile to differences. We, as students, teachers, parents, and people, have to understand that we are all human. Diversity is our strength- not our weakness. Diversity is what makes us unique and amazing. So the next time you see someone, look at them by how they are on the inside and not the way they appear  on the outside.