The protests seen across America since the murder of George Floyd are not unethical and thinking they are comes from a place of privilege and ignorance. 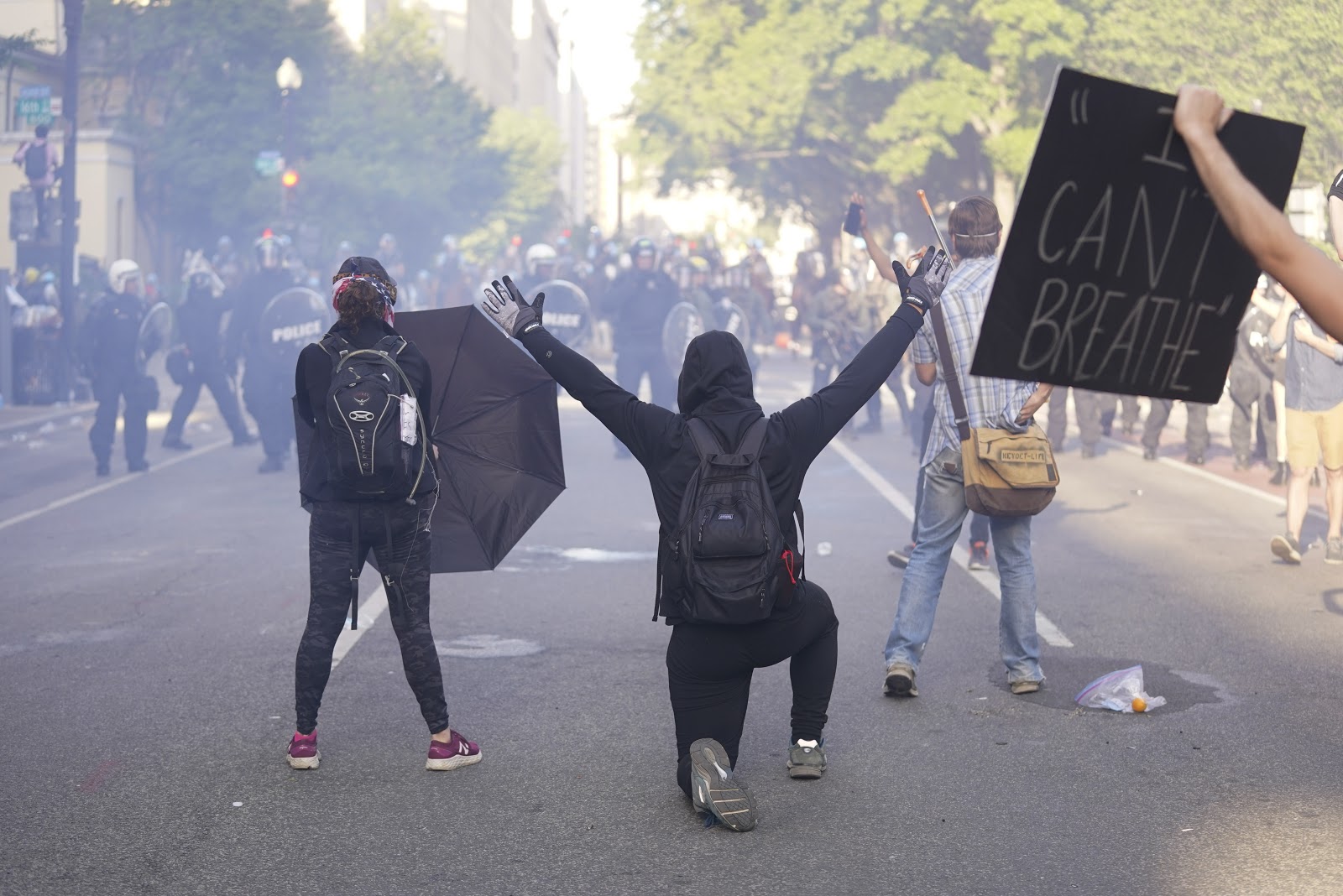 The country has watched as protests, uprisings, and rebellions have taken place throughout the nation in the past three weeks in response to the tragic murder of George Floyd by a police officer who knelt on his neck for almost nine minutes in Minneapolis. As of June 8th, there have been protests in all fifty states, 60 countries, and over 2,000 cities across the world. The magnitude of these protests has attracted a great deal of media coverage and attention. This increased coverage has given rise to critics who believe the “looting” and destruction caused by the protests are wrong. However, the protests are not unethical, as these critics attempt to frame them, and thinking they are comes from a place of privilege and ignorance.

The first part of understanding the different ways people are protesting now is understanding why people are protesting in the first place. While the death of George Floyd was particularly inhumane and triggered the current wave of protests, the protests are not solely about one man. People are protesting the violent history of policing, the lack of accountability for police who demonstrate unnecessary force, and the targeted nature of police brutality. George Floyd was accused of a non-violent crime. He was murdered in broad daylight, suffocated by a police officer while three other officers watched and pinned him down. George Floyd’s case serves to show that police in America are not ashamed to demonstrate such brutal, gratuitous violence. The protests are meant to show that they should be ashamed and that this violence is unacceptable and will not be tolerated.

During this wave of activism, we have seen different forms of protesting. Non-violent demonstrations and peaceful protesting are the most common forms. But, what the news likes to cover, and thus what the majority of people are seeing, is the ones that turn violent, like the rebellion in Minneapolis, where buildings have been burned down and “looted.”

Many have used the destruction that protesters have caused as an excuse to not support the movement. When looking at these protests, one can easily find one that has turned violent. But before you judge how an oppressed group protests, think about how much it had to take for people to resort to these tactics for people to finally start listening. People are getting hurt, arrested, and putting their lives on the line by protesting. How hurt, neglected, and victimized must an entire community feel that they are pushed to create violent uprisings? These protests, these “riots” that people speak of being so wrong, are a result of the systemic racism in our country. If our country had a legal system that held police accountable when they use excessive force, it is highly unlikely that the nation would’ve had to resort to protests, especially violent ones.

Furthermore, before you say “I agree with the message, I just don’t agree with the violence they are using,” research how many protests have actually become violent. The majority of protests are peaceful demonstrations of solidarity with the Black Lives Matter movement, rather than “looting” stores and burning buildings. But for those that are violent, much of it comes from police continuing to provoke protesters while they are actively opposing that exact same police violence. Police in the United States have killed 120 people since the murder of George Floyd just over 3 weeks ago. Police forces are continuing to target people of color across the nation while they mourn the loss of George Floyd and so many others that have been targets of the police.

For the violent protests we should also be analyzing why people felt that was the only way to get their voices heard. There have been non-violent protests for years demanding police accountability, new police training, and the end of gratuitous violence, but the nation has seen virtually no legislation to create a better system. And while people can have different opinions on the “looting” of stores, it is also important to realize how this nation has looted from black folks. The country was built by slaves, and yet black folk still aren’t free from the shackles of discrimination. Our country has a broken economic system that allows for the creation of billionaires and the ultra-wealthy to thrive on the exploitation of those who hardly make minimum wage. While people like Jeff Bezos can buy a new vacation house each weekend, millions of Americans are struggling to pay their rent each month. In America, we have a system designed to oppress those that are already down, amplified by the disinvestment in urban schools, the school-to-prison pipeline, and unchecked police violence. This looting in America has gone on for far longer than that of the protests, and yet no one seems to be talking about that. So rather than complaining about and condemning the way people are creating change, seek resources to educate yourself about the history of injustice in America and what you can do to change it.

Here are resources compiled by BIPOC and allies that illustrate how to help by providing petitions to sign, places to donate, protests, and information regarding how to educate yourself on everything happening and antiracism. If you had any part in making this list, on behalf of Redefy, thank you so much for your hard work.

Social Distancing is a Luxury Not Everyone Can Afford